A Puerto Rican Monster: But, it Wasn’t a Chupacabra

Make mention of monsters on Puerto Rico, and most people will instantly think of the legendary Chupacabra. It's a creature that was first seen in 1995. The witness, Madelyne Tolentino, told journalists and researchers that the creature was around three feet in height, bipedal, ran in a weird, hopping fashion, had large black eyes, bony fingers on each hand, overly long arms and legs, and a kind of feathery line running down its back. Or, it appeared to Tolentino to be a feathery line: a young boy employed by Tolentino’s husband claimed that he saw the beast up close and personal and maintained that the feathers were, in reality, sharp spines. The boy also said that the creature possessed a mouthful of vicious-looking fangs. Not only did the people know of the Chupacabra and its predations, they also now knew what it looked like: something straight out of their worst nightmares.  Now, we come to the matter of today's article: the other monsters on Puerto Rico. I've been to Puerto Rico on many occasions (in fact, it's one of my favorite places to visit), and over the years I've come across reports of strange creatures that were most definitely not Chupacabras. I've heard of giant-bats, Bigfoot creatures that have the ability to turn invisible, rampaging "black panthers" of the "Alien Big Cat"-type, and even something similar to a werewolf. Today, though, I'm going to focus on another very weird beast.

The story reached my eyes and ears in 2005; that's when I was on Puerto Rico for the second time, with Redstar Films of Canada. The resident of a small village that was home to a cool-looking church - one that rather reminded me of an old English castle - our source, named Pucho, had an encounter in early 2005 with…well…something. It clearly wasn’t your average Chupacabra, but the story did end with multiple animal mutilations. So, in that sense, the story has relevance. The month, Pucho thought, was February 2005, and the time, definitely late evening. He was walking past the old church when an ear-splitting roar filled the air. It came from an area dominated by tall, thick trees and barely fifty feet away. Frozen rigid in his tracks, he stared intently at the woods. Suddenly, something terrifying happened: a huge, feathery beast burst through the trees and took to the skies. Whatever the creature was, it was no ordinary bird; the incredible size of it, somewhere in the region of a man, made that abundantly clear. The man could only stare in awe as the infernal thing flapped its mighty wings and vanished into the distance. 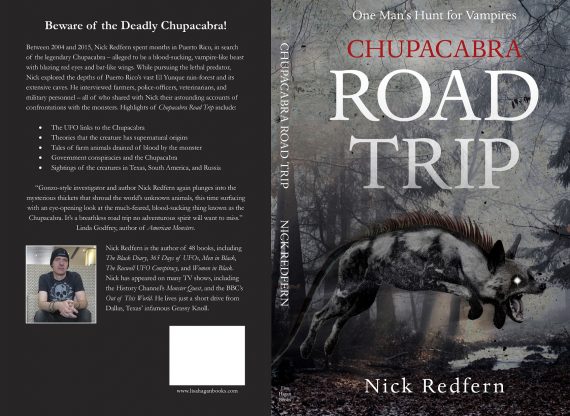 Okay, granted, it didn’t sound like the Chupacabra, but I make mention of the case because our witness pointed out that only a couple of days later, and at a very nearby farm, numerous animals were violently slain by an unknown predator. Was this case an indication that Puerto Rico was home to something even more terrible than the chupacabra? It was a question that, near-inevitably, remained unresolved. Still on the matter of additional oddities on the island, I heard a few stories of sightings of giant reptiles on Puerto Rico. They reportedly looked suspiciously like velociraptors, those savage beasts that roamed around in the latter part of the Cretaceous period of 75 million years ago. More correctly, the creatures sounded like the raptors as they were specifically portrayed in Jurassic Park. The reality is that the real velociraptors were much smaller than in the movies and they sported feathers. It’s a testament to the movie’s success, however, that the public’s image of the velociraptor is that created by Hollywood, rather than by nature. Far more like the raptors of the movies was Deinonychus, an 11-foot-long, clawed, killing-machine that lived around 110 million years ago – but not on Puerto Rico, I should stress. I had no way to explain what had been seen. Today, I still don’t.