British Inmates Witnessed a UFO and Then Developed a Mysterious Rash

Several prisoners reported seeing a UFO hovering over the jail where they are currently incarcerated and then a mysterious red rash appeared on their skin. In fact, one of the inmates stated that he never believed in UFOs or aliens until this incident and that he was left “speechless” after the encounter. The sighting occurred at HMP The Verne in Dorset, England.

The inmate wrote a letter to a prison magazine called Inside Times that read in part, “I do not believe in the supernatural or aliens from Mars, but what we recently saw here in this prison was really very strange and still leaves me speechless.” 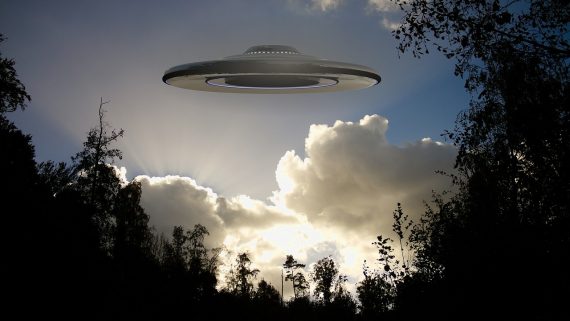 He went on to explain the encounter, “My landing was out on exercise, all doing our own thing, some were working out and others, like me, were walking around, you get the picture.” “I spotted a hawk up on the battlements, just hovering like it had spotted a mouse or something.” At that point, he claimed, a “very bright light” appeared in the sky. “This object started to come closer and closer until it was actually hovering over our exercise area at about 100 or so foot above us.”

And he wasn’t the only one who witnessed the strange object as he wrote, “We were, by this time, all, including officers, standing with our heads tilted back and looking up at this strange thing.” “Then the object started to shrink and collapse in on itself until it sort of just dissolved into a cloud of mist.”

Incredibly, liquid began coming down from the sky which had very disturbing after-effects, “Then it started raining on us and, the next day, we all came out in a red rash.” 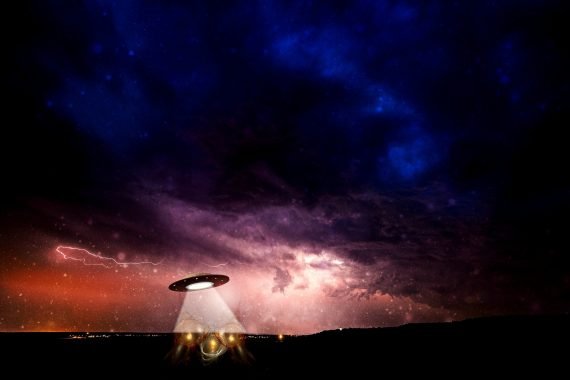 It’s still unclear as to what the mysterious object was but the inmate who wrote the letter stated that it could have possibly been a secret military craft from a base that’s located not too far away. But others have different theories as he noted, “I have heard many different explanations from different men.” “Some say there is a military base on Portland and that this could have been some sort of military ‘Black Project’.” “Others say it was ball lightning. I don’t know what it was except it was very strange.” And of course, the idea of it being extraterrestrial in nature has also been hypothesized.

It would be bad enough spending time behind bars without having to deal with a mysterious rash from an alleged UFO encounter.

Are Gentoo Penguins Aliens? A Chemical in Their Guano May Prove It