Can Tulpas & Thought-Forms be Created From the World of Entertainment?

The heading of today's article might sound strange, but bear with me. Before we get to the main part of the story, here's some background on those Tulpas and thought-forms mentioned in the title. Here's a good example: "Every thought of man upon being evolved passes into the inner world and becomes an active entity by associating itself — coalescing, we might term it — with an elemental; that is to say with one of the semi-intelligent forces of the kingdoms. It survives as an active intelligence, a creature of the mind's begetting, for a longer or shorter period proportionate with the original intensity of the cerebral action which generated it. Thus, a good thought is perpetuated as an active beneficent power; an evil one as a maleficent demon. And so man is continually peopling his current in space with a world of his own, crowded with the offsprings of his fancies, desires, impulses, and passions, a current which reacts upon any sensitive or and nervous organization which comes in contact with it in proportion to its dynamic intensity." In other words, be careful of what you think of, as it may come striding out of your mind and into the real world.

I'll begin with a woman named Pauline Charlesworth. According to Pauline, it was a bright, summery day in July 1986 that her strange encounter occurred. As she worked on Saturdays, Pauline explained to me when we first met, she had a regular day off work during the week, and had chosen this particular day to prepare a picnic-basket, and take a trip up to Castle Ring, an ancient site that sits on the fringes of the Cannock Chase woods, England. In no time at all, something strange happened. The atmosphere changed: "The best way I can describe it is to say it was like I wasn’t really on the Chase, but it was as if I was in someone’s dream of what the Chase should look like; as if it was all a mirage, but a good one," said Pauline. 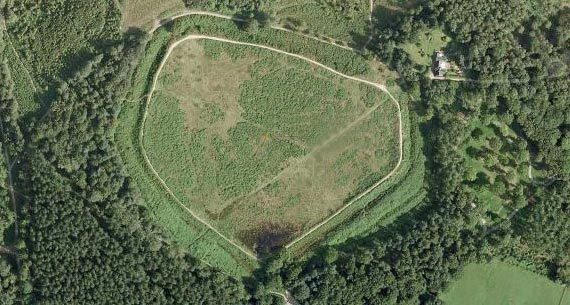 Then, out of the trees, came a horrific form running directly toward her. It was, said Pauline, a man. The man, however, was quite unlike any that she had ever seen before. He had long, filthy hair, a matted beard, and a "dumpy" face that was far more prehistoric than modern in appearance. He was relatively short in height, perhaps no more than five feet two inches, and was clad in animal skins that extended from his waist to his knees, and with a long piece of animal skin that was draped over his right shoulder. In his right hand, the man held what were undoubtedly the large antlers of a deer that had been expertly fashioned into a dagger-like weapon that looked like it could inflict some very serious damage indeed, if needed. Then, out of the sky, came the most horrific thing that Pauline had ever seen in her entire life. It was, she recalled, a creature about four feet in height, human in shape, with oily, greasy black skin, thin arms and legs and a pair of large, bat-like leathery wings. And, just for good measure, it had two hideous, red, glowing eyes, too. "It was like the devil," recalled Pauline, perhaps with a high degree of understandable justification. Soon, it was all over. Well, not quite. 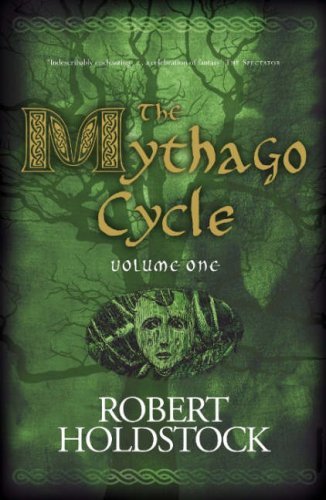 The book that Pauline had taken with her to read at Castle Ring was Robert Holdstock’s acclaimed fantasy novel, Mythago Wood. Ironically, the book is one of my all-time favorites, and one I read at least once a year. The story tells how, after the end of the Second World War, one Steve Huxley returns to England upon getting the news that his father has died. George Huxley had devoted his life to the exploration of the ancient Ryhope Wood that backed up against the family home and kept detailed records of his research into the mysterious area. But Ryhope Wood is unlike any other. It is inhabited by the "mythagos" of the book’s title. And what, exactly, might they be? They are creatures and characters from British folklore and mythology, such as Robin Hood and King Arthur, whose curious existence is directly tied to the imaginations and minds of those that believe in them and who, in unconscious, collective fashion, help bring them to some form of quasi-independent life, in the depths of the magical Ryhope Wood. Having looked deep into her experience even more, Pauline believed that somehow, the blending of the story of Holdstock's book and a vivid dream of similar proportions very briefly resulted in the creation of a whole body of Tulpas - and manifested in the form of entities from a time long gone.

Now, onto the Slenderman. A theory suggest that the Internet itself is becoming, slowly and bit by bit, self-aware. Incredibly, could the online world into which almost all of us are hooked be the culprit? In September 2012, the Sydney Morning Herald – in an article titled "A self-aware Internet not so far-fetched" - asked: "Could the internet 'wake up'? And if so, what sorts of thoughts would it have? And would it be friend or foe?" They are important and integral questions, and particularly so when it comes to the matters of the Slenderman and what it really is. Has the Slenderman come to "life"? Since 2009, many people claim to have seen, and been attacked, plagued and terrified by this skeletal, pale, giant in black. But, how could such a thing like that happen? By accepting without question - at all - the idea that the Slenderman is more than just a piece of Internet fiction, that's how. When my book, The Slenderman Mysteries, was published, I received numerous accounts from people who believed that, somehow, their very actions - namely, buying right into the saga of the Slenderman - had led the skinny thing to come to a strange form of existence. Can reading a book, or going online, provoke the creation of the very thing the person is focused on? I have a lot of bizarre accounts that strongly suggest that's exactly what's happening.