By all accounts, 26-year-old US Army Lieutenant Paul Whipkey was a perfect soldier and a model citizen. A R.O.T.C. honors graduate who had gone through Army aviation school to earn his Army pilot's wings before ending up at Fort Ord, California, he would later be transferred to Camp Desert Rock in Nevada in 1957, where he flew several missions to pilot an observation plane during the tests of the atomic bomb, before returning to Fort Ord where he would remain. Everyone who knew him, including friends, family, and fellow soldiers, described him as an “All-American young man,” a hard worker, and a superior officer, and he was hardly the type that one would expect would become the center of a dark unsolved mystery. Yet, dark days were ahead for Whipkey, and he would become the focus of a bizarre vanishing surrounded by sinister conspiracies, mysterious strangers, weird clues, and other oddities that have never been solved.

In 1957, shortly after his assignment as an observational pilot, Whipkey began to experience a deterioration of his mind and body. It was reported that he had developed splotches on his skin, warts and moles all over his body, and dropped a shocking amount of weight in a short amount of time. In addition to this, his teeth began to fall out, and his personality went through a massive shift. The normally rational and level-headed Whipkey became morose and confrontational, often described as looking scared and nervous, and in the meanwhile he was often seen in the company of two mysterious men in suits, although who they were and what they talked about were unknown. According to friends, Whipkey refused to talk about who the men were, but he always looked very upset and depressed after they departed. On the afternoon of July 10th, 1958, Whipkey got into his car for what he said was a short trip to Monterey to "have a drink," which was only around a mile away, and he declared that he would be back within the day. However, he never would return, and indeed no one has seen him since.

When Whipkey did not return as promised, the Army oddly cleared out his living quarters right away without informing his family, which was weird and contrary to standard procedure, in which that the next of kin or legal representative must be notified before packing belongings. As the days went by with no sign of him, they listed him as AWOL, upgrading this to deserter when he didn’t show up for a month. Around 5 weeks after he went missing, Whipkey’s car was found in a desolate, remote and forbidding desert wasteland within Death Valley, a full 145 miles away and 15 miles from the main road, with a receipt for the Whites Motel in Mojave, California, around 350 miles from the base, where had signed the motel’s guest registration the previous night, and there was a receipt for 14 gallons of gasoline purchased in Mojave. Also left behind in the car were the missing man's suitcase, dog tags, and other personal belongings, and the keys were still in the ignition, but of Whipkey himself there was no sign. One of the odder clues was that nearby the vehicle was a pile of cigarette butts, which is strange since Whipkey didn’t smoke. His bank accounts also went untouched, so where had he gone? The Army did only the most cursory investigation into the matter, in fact not even bothering to search for a possible body until nine months later, and they found no new leads or clues, no trace of his whereabouts, and in 1977 they would destroy all files on Whipkey. In the Army’s official conclusion, they said that he had lost his mind and wandered off into the desert to either run away or die, case closed. Or was it?

Whipkey’s friends and family did not buy the Army’s story at all, and some weird clues would begin to turn up that conflicted with the official version of events. It would turn out that an eyewitness had seen Whipkey’s car being driven through Death Valley by a man in a military uniform four weeks after his disappearance, but everyone at the base insisted he had left to go to Monterey in civilian clothes. This plus the mysterious strangers he had been meeting and the cigarettes left behind at the scene have convinced some of Whipkey’s family and friends that he was not the one who drove the car out to Death Valley, and that it had been staged, and the vanishing covered up, an idea further supported by the fact that the Army had cleared out his room only 24 hours after he had gone missing. There is also the fact that Whipkey was an upstanding, respected officer who was not at all the type to just desert, and his brother, Carl, has said of this:

I don’t think Paul deserted. It was completely out of character for Paul to do such a thing. He was a loyal American soldier, devoted to his work. I think the Army knew exactly what had happened to him. I think it was part of a big smokescreen cover up. 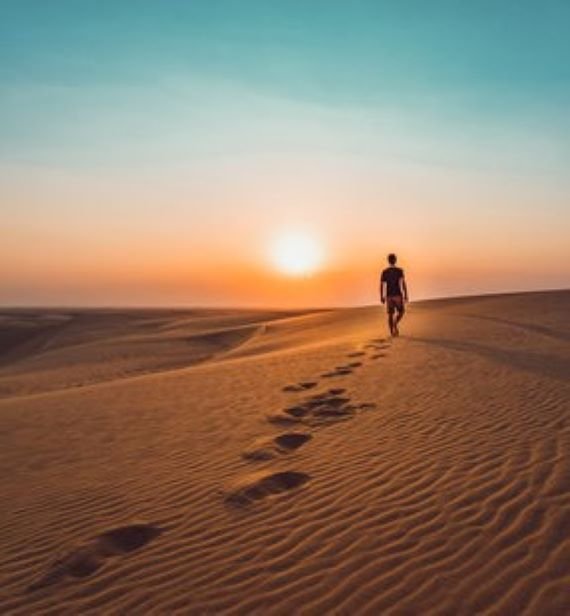 Other ominous clues orbit the case as well. Whipkey’s superior officer, Lt. Col. Charles Lewis would later claim that procedures had not been properly followed with regards to the clearing out of the room, the handling of the investigation, and the deletion of Whipkey’s records, and on top of this he claimed that he had been told in no uncertain terms to forget about the case. Lewis also recalled that Whipkey had been approached by the mysterious suited men since his time in Nevada, and that they had always managed to be let through security, yet would not state which agency they had been from. Even stranger still was a clue Carl Whipkey turned up while doing his own investigation into his brother’s disappearance. He would discover that a Lt. Charlie Guess, who had been friends with Whipkey and had served with him at Camp Desert Rock, had vanished while flying a plane just 11 days after Whipkey had gone missing. A year after that, the plane was found out in the desert with Guess’ remains on board, yet oddly the plane’s serial number was different from the one he had taken off in. Coincidence or not? All of this has led Carl to believe that the mysterious men had been there to recruit his brother into a top-secret CIA program, after which they had staged his disappearance in order to sever all ties with the outside world. Carl Whipkey has said of this:

During that era, there was a tremendous amount of nationwide recruiting conducted by the CIA. And with Lt. Whipkey’s qualifications, he would’ve been an exceptional candidate for such an assignment. January of the year he disappeared, he told me during a telephone conversation that he was going to be going on an assignment, that he was going to make a name for himself. Before he could tell me what it was, he was interrupted by some officers moving in the proximity of his desk and he could no longer talk to me about the subject. I theorize that Paul was recruited into an Army/CIA joint program that was going on at that time. When Paul left Fort Ord, he drove to the town of Mojave, California and checked into White’s Motel. There’s a possibility that he was met there by Army intelligence agents or the CIA and transported to Southeast Asia, possibly from Edwards Air Force Base, which is nearby. I think the Army took his car out to the desert to get rid of it. Out of sight, out of mind. If they would just say, ‘Yes, he died on a secret assignment,’ we could live with that. We’re all loyal American citizens in our family and we would buy that. And until the Army tells us what happened, there will be no peace in our family. I would be satisfied even if the Army would say they can't tell us for security reasons, but until then, we can't rule anything out. The Government knows what happened to my brother. There are so many questions still unanswered.

Other theories that have been thrown around are that he had been exposed to too much radiation during his flights at Nevada, which had not only caused his health to deteriorate but also caused him to suffer a mental breakdown, that he was silenced after witnessing experiments on human beings or something else he wasn't supposed to see, or that he was killed while carrying out covert operations for the military. Making it even more curious is that in 1982, Whipkey’s case was reopened and reviewed by the Army, after which they found that there was not enough evidence to list him as a deserter, and so changed his status to “died in the line of duty.” What is going on here? Carl Whipkey would continue to pursue answers, trying to pierce into the Army bureaucracy in a search for answers, a crusade that would mostly come up against dead ends, uncooperativeness, and frustration. He would sadly die in 2019 without ever knowing what exactly happened to his brother. To this day he has never been found or heard from again, and we are left to wonder. What happened to Paul Whipkey? Was he recruited into some secret program, assassinated, or did he just have a mental breakdown? What is the meaning of all of the secrecy surrounding the investigation and breaches of procedure? We may never know for sure, and it remains a perplexing mystery.