Two amateur free divers discovered ancient Roman gold coins that have been described as being “enormously valuable”. The hoard was found in the water off the island of Portitxol in Xàbia, Spain, and is one of the largest collections of Roman coins that have ever been found in Europe.

The first eight coins were found by Luis Lens and César Gimeno who went diving in the water on August 24th. Archaeologists then went searching in the same area and discovered an additional 45 coins as stated in a press release provided by the University of Alicante.

The coins were then brought to the university's Institute in Archaeology and Historical Heritage where scientists analyzed them in further detail and revealed that they date back between the end of the 4th century and the start of the 5th century. 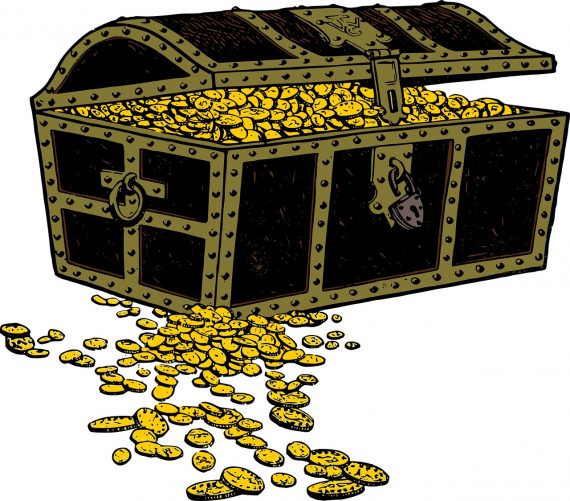 Incredibly, the coins were so well preserved that the experts were able to read their inscriptions which provided them with even more details, such as that they came from times when different Roman emperors were in power. More specifically, three of the coins dated back to the time of Valentinian I; seven of them were from Valentinian II; fifteen date back to Theodosius I; seventeen were from Arcadius; ten came from Honorius; and one coin remains unidentified because it was scratched.

In an interview with CNN, Jaime Molina Vidal, who is a professor of ancient history at the University of Alicante and leader of the team of underwater archaeologists, described the discovery as being “very significant” and “enormously valuable”.

So, where did the coins come from? It is believed that a rich landowner hid them when the Western Roman Empire was being invaded and looted by the Alans, Suevi and Vandals as described by Molina Vidal, “We are in the presence of a fantastic archaeological document from the time when, in this case, the Alans arrived.” The individual who hit the coins probably died before gathering them back up and that’s why they ended up at the bottom of the seabed for approximately 1,500 years.

In addition to the hoard of coins, divers also recovered three nails (possibly made of copper) and pieces of lead that may have been part of a sea chest that had deteriorated over time.

The coins will eventually be put on display at the Soler Blasco Archaeological and Ethnographic Museum in Xàbia. There will be further underwater explorations and excavations conducted in the near future, so perhaps divers will find even more interesting treasures.

A picture of some of the coins can be seen here.