The analysis of facial scars has revealed that Tyrannosaurs would bite each other’s faces while fighting. While the scars are nasty looking, the dinosaurs probably didn’t bite the other’s face in order to kill them but rather to show its dominance and win the fight over territories, higher status/rank, or even for mates.

When researchers analyzed the upper jawbone of a Tyrannosaur that was found in 2017 at Alberta's Dinosaur Provincial Park, they noticed that it had a bunch of long “scars that arced across the side of the bone” as explained by Caleb Brown who is a curator at the Royal Tyrrell Museum in Alberta, Canada. “These were likely tooth marks from another tyrannosaur that had healed, forming these raised ridges,” he noted.

While finding scars on Tyrannosaur skulls isn’t unusual, nobody had fully examined them and that’s when Brown and his colleagues decided to do further analysis on additional Tyrannosaur skulls (these included those belonging to Albertosaurus, Daspletosaurus, and Gorgosaurus) and what they found was very interesting. 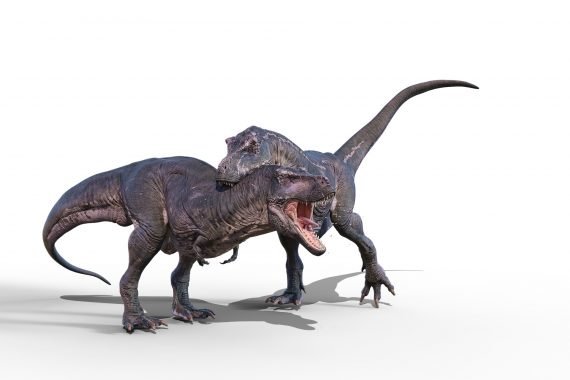 They studied a total of 202 jaws and skulls and they found a whopping 324 facial scars. Interestingly, the very young dinosaurs didn’t have any scars or bite marks, while approximately half of the older ones did. The bite marks were present on approximately 50% of the large tyrannosaurs (but not yet fully mature) and about 60% of the adult-sized ones. This led the researchers to theorize that it was only the adults who fought each other. For the most part, the bite marks were on the upper and lower jawbones – this included elongated scars and tooth puncture marks.

In an email to Live Science, Brown went into further details, “Taken together, we can piece together how these animals were fighting,” adding, “They were likely posturing and sizing each other up, then trying to grab each other's heads between their jaws.” By analyzing the spaces between their teeth, the researchers were able to determine that the fights occurred between dinosaurs of about the same size and these battles occurred quite often.

While it’s possible that these dinosaurs began fighting when they reached sexual maturity, it’s very hard to determine that. Additionally, it’s almost impossible to tell if they were males or females as experts haven’t yet found a way to determine the sex of dinosaurs unless one died while it was pregnant or laying an egg. 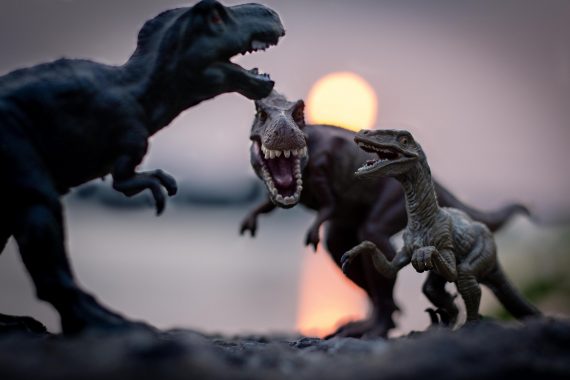 “We also don't know if [the biting behavior] was only males, only females or both that were doing the fighting, but it is interesting to consider the possible scenarios, especially if we get better at determining dinosaur sexes in the future," Brown said. (Diagrams of the scars can be seen here.)

The study was published in the journal Paleobiology where it can be read in full.