Fans of crime novels, movies and TV shows know that the best evidence for forensic detectives is footprints because, unlike fingerprints, they can identify as well as show where the suspect came from or went to. Footprints are also great evidence for archeologists and anthropologists, but finding any older than a thousand years is exceedingly rare. That’s why a set of footprints discovered in the White Sands National Park in southern New Mexico had scientists excited because they could have been from the earliest humans in North America, which they believed arrived 11,000–13,000 years ago. However, when the forensic scientists finally finished analyzed them, this historic crime novel took a shocking twist – footprints were actually from 22,000 years ago – making them earliest evidence of human occupation anywhere in the Americas.

“These finds indicate the presence of humans in North America for approximately two millennia during the Last Glacial Maximum south of the migratory barrier created by the ice sheets to the north. This timing coincided with a Northern Hemispheric abrupt warming event, Dansgaard-Oeschger event 2, which drew down lake levels and allowed humans and megafauna to walk on newly exposed surfaces, creating tracks that became preserved in the geologic record.” 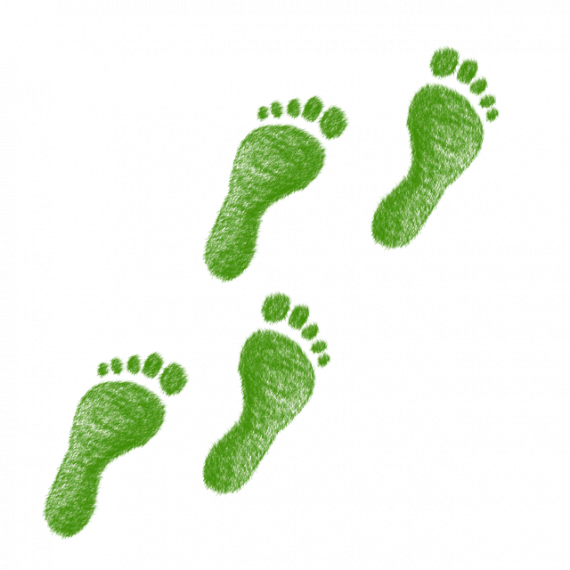 In a new study published in the journal Science, researchers led by co-author Matthew Bennett, a geoscientist at Bournemouth University in Poole, UK, who specializes in the study of fossil footprints, looked at tracks discovered in rock-hard sediment at White Sands National Park. They were called “ghost tracks” because they only appeared on the chalky when it was wet, disappearing when it dried. In 2016, scientists confirmed that the ghost tracks had been made humans but they couldn‘t date them. However, in 2019 study co-author David Bustos, an archaeologist and resource manager at White Sands, found that the rock showing the tracks held seeds from spiral ditchgrass (Ruppia cirrhosa), an aquatic plant that grew in the area when it was water-covered. The seeds were carbon-dated to 21,000-to-23,000 years ago, but Bustos knew he couldn’t make a ‘this changes everything’ revelation about the footprints until he had proof they were made at the same time.

Enter Matthew Bennett. He proved the age of the seeds was correct by dating hundreds of seeds in different sediment layers in areas around the prints and all of them were in the right place -- older seeds at the bottom, younger on top. This meant the seeds in the prints did not come from older layers but were stomped on by humans 23,000 years ago. As described in the press release, the researchers then went back to analyzing the prints and speculated the dozens of tracks were made mostly by children and teenagers walking and playing in the muddy bed of a stream or pond. 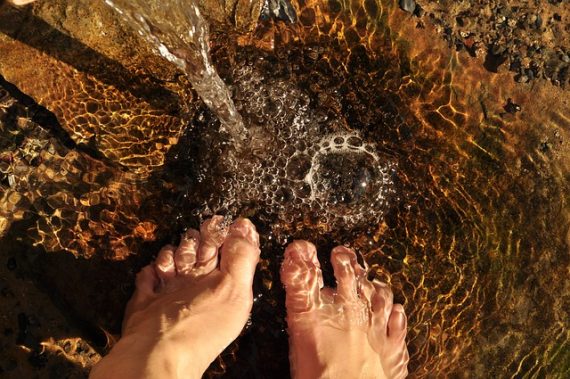 For those who know their history, this was during the Last Glacial Maximum, which was the height of the last ice age, about 20,000 to 26,000 years ago. This means these humans were actually in New Mexico before that, because the ice age made traveling south from Alaska, after they crossed over from Siberia, impossible. The researchers speculate these humans did their walking during the Dansgaard-Oeschger event 2 -- one of a series of rapid climate fluctuations that occurred 25 times during the last Ice Age. That event gave these early humans warm walking conditions and their children plenty of mud to leave their prints in. If all of this is supported by more evidence, it puts the arrival of the first humans to the Americans as many as 30,000 years ago, thousands of years before the height of the ice age.

When in doubt, look for footprints.

New Species of Spiked Armored Dinosaur is Unlike Anything Ever Found