Winding through the Sierra de Juárez Mountains at an elevation of 4,042 feet between Tecate and Mexicali, in Baja California, Mexico, is a treacherous pass called La Rumorosa. It is undoubtedly a beautiful yet haunting stretch of road meandering through spectacular vistas of surreal rock formations like the surface of some alien world, and here there are also various archeological sites and cave paintings by the ancient Kumiai people, but it is also a forbidding and dangerous place to be. Featuring countless hairpin turns, twists, steep grades, high winds, and perilous sheer drops along the entire 24-mile route, the once 2-lane road is considered to be one of the most dangerous in the world, a fact made abundantly clear by the husks of rusting car wrecks littering the rocks below. Indeed, drivers have often nicknamed it la carretera de la muerte (the highway of death), making this a sought-after road trip for those who want a challenge, but not for novices or the faint of heart. This wind-lashed road is also well known as a haunted and even cursed place, with numerous tales of the paranormal and other strangeness orbiting it.

Many of the ghostly tales revolve around the many people who have lost their lives on this expanse of deadly road, and perhaps the most famous of these is what is locally called El Trailero o Camionero Fanatasma, or “The Ghost Truck Driver.” The story starts with the harrowing experience of a truck driver named Francisco Vázquez, who was said to have been headed towards Mexicali to see his wife, who was expecting a child, when he lost control of his rig on one of the road’s deep turns and went careening into some rocks. Although shaken, the driver crawled from his overturned vehicle to find that he was miraculously free of injury. He then decided to walk off looking for help and would never be seen again. Three days later the truck was found but no sign of Francisco ever was. However, this is not the end of the story. 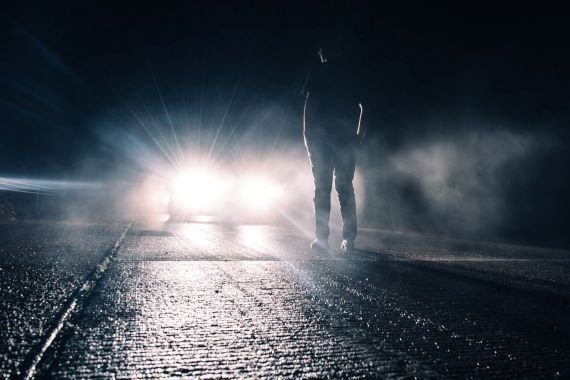 Some years later, a young man was supposedly driving through the area when he was flagged down by a man by the side of the road. Since this was pretty much the middle of nowhere, he stopped to provide assistance, and the man introduced himself as “Francisco Vázquez.” He then told the young man that he had crashed and did not want to leave his truck behind until help arrived, so he asked the young man to see his wife to let her know he was OK. The young man agreed, and Francisco handed him a piece of paper with his wife’s address on it, and he was shocked to find that this stranger’s hand was as cold as ice. He got back on the road and when he reached Mexicali, he looked for the wife as promised, but she did not live at the address he had received. He asked around town, and was finally shown a house where the woman was said to now live. When the young man knocked on the door a woman answered who confirmed that he was Francisco’s wife, but she went pale when the man told her that he was alright because her husband had died 5 years before. The shocked young man went back out to the same spot along the road, but Francisco was gone. It is said that to this day, El Trailero o Camionero Fanatasma wanders along that same stretch, waving down drivers and asking them to go see his wife, and the common advice it to just keep on driving, because one sinister aspect of the legend is that anyone who does not fulfill their promise to visit the wife will drop dead.

There are numerous other specters thought to be the victims of accidents along the road, including the ghost of a nurse who appears in people’s passenger seats, the apparition of an old woman who will ask people for a ride only to vanish, another old lady who will guide trucks through the pass, and that of a young man on a bicycle who is said to have been hit by a car here. Numerous others will appear as shadow figures, glowing wraiths, or merely disembodied voices whispered into the ear, and there are countless stories of seeing ghosts along the road. In fact, there are so many wraiths and ghosts ambling about along the road that they are often blamed for causing many of the many accidents along the lonely stretch. The area is also known as a hotspot of UFO sightings, to the point that there is now an annual UFO Camp held here, which began in 2018. 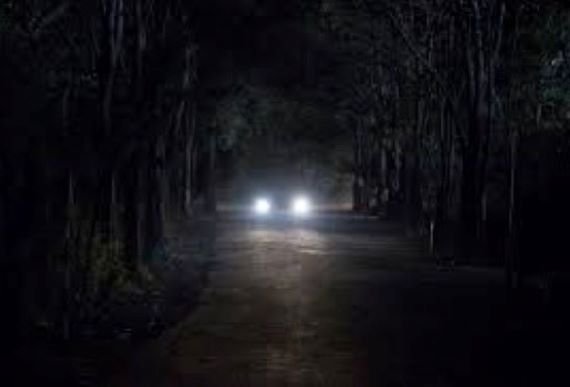 One rather infamous strange story surrounding La Rumorosa is that it was the source of a sort of curse on the production of the James Bond film License To Kill, starring Timothy Dalton, which filmed a car chase portion along the road. According to witnesses, there were all manner of strange occurrences on set while they were there, including shadow figures lurking about at night, freak accidents or malfunctions of equipment, and others. Actor Timothy Dalton was allegedly almost killed when a truck he was driving narrowly missed going over the edge of a cliff when another rogue truck that shouldn't have been there crashed into him, a man fixing telegraph poles two miles from where they were filming was hit and injured by a missile that went astray from the set, and a truck moved by itself and parked itself somewhere else. According to Second Unit Director Albert Wooster, a stuntman was photographing some of the explosion scenes on his own camera, and when the pictures were developed one showed a mysterious flaming clawed hand reaching from the fire, something that none of the other cameras had picked up. Adding to this were far more accidents and mishaps that would have been expected, and it seems that whatever forces might reside there did not appreciate the film crew’s presence.

In recent years, the road has been widened and is considered to be safer than it once was, but the tales of supernatural phenomenon along La Rumorosa certainly persist. Is there anything to such tales or is it all superstition and myth? If there is something to it, then why should these forces be drawn to this place and what drives them? For now, La Rumorosa remains a curiosity and focal point of local legend that will probably never be truly understood, that road stretching off into the distance and past the reality we think we know.

The Magical “Little People” of Centuries Gone are Not so Gone, After All