There are plenty of jobs available these days, but it’s often tough to find one that meets your interests and matches your qualifications. It’s even tougher if your interest and qualifications are a Grand High Witch … unless you live in Newquay on the north coast of Cornwall where a hotel is looking for a Grand High Witch. How many people are actually qualified to do this? And why?

“Can you cackle and make shivers run up spines, can you convince all around you that you will turn any children into mice? If so, we have a unique role that it unlikely to be found anywhere else in the world! Join our Afternoon Tea Team for October and get to terrify and delight all tea goers in equal amounts.” 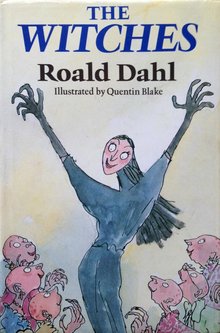 The Headland Hotel in Newquay is a logical place for a Grand High Witch to work since the Victorian hotel was the location for the 1990 film, “The Witches,” which was based on Roald Dahl’s novel of the same name. The movie was produced by Jim Henson and starred the wonderful Anjelica Huston as the Grand High Witch, the all-powerful leader of the world's witches, who has a magic potion to turn all the world's children into mice by adding it to candy and sweets. The Headland Hotel played a prominent role in the making of the movie – Jack Nicholson, Huston’s boyfriend at the time, was a frequent guest and recommended it for the location shooting, and Rowan Atkinson, who played hotel manager Mr. Stringer, accidentally left the bathtub taps running in his room and flooded much of the production team's electrical equipment on the floor below. 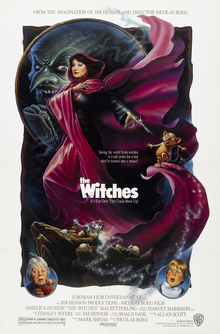 “We have a convincing Grand High Witch face mask, we just need someone with the cackle, accent and theatrical ability to bring the role to life for all the Witches fans who will be visiting for our Witches Full Afternoon Tea.”

The Headland Hotel is getting ready for its annual influx of guests for the Halloween season with a new twist – the Grand High Witch herself scaring little children and susceptible adults at afternoon tea. What fun! All the right person needs to do is sound like the Grand High Witch while saying things like this:

Does that sound like a job you’re qualified for and interested in? The hours are 1:30pm – 5pm on the following days: October 2, 3, 9, 10 and 16 through 31. The pay is a whopping £9.10 ($12.63) per hour but it sounds like it could be much more with an additional service charge and discretionary monthly bonus. Heck, charging parents to go away instead of making their kids scream some more might easily make one rich. 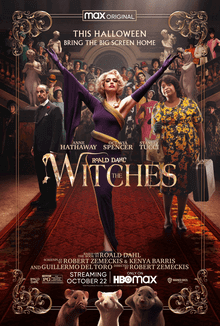 If you want to get ready for an interview, you can’t go wrong by reading Dahl’s novel, then watching Huston in the 1990 classic and Anne Hathaway in the 2020 remake. Then contact the hotel at [email protected] for more information.

Don't be a mindless bumpkin -- apply now! What’s the worst that could happen … other than getting turned into a mouse?

UFOs and a Paranormal Bigfoot: The Very Strange Story of the Spottsville Monster