An amateur archaeologist unearthed a treasure trove of gold items near the town of Jelling, Denmark, dating back to before the Viking Age (the town was a popular place for kings during the Viking Age between the 8th and 12th centuries).

The objects, which weigh nearly a kilo, were from around 1,500 years ago and have been described as being one of the largest gold treasures that has ever been discovered in Denmark. As a matter of fact, Mads Ravn, who is the head of research at Vejle Museums, stated that it is in the top five discoveries of all time.

There are a total of 22 gold items with symbols dating back to the 6th century. “The find consists of a lot of gold items, including a medallion the size of a saucer,” Ravn explained. There are inscriptions referring to rulers during that time as well as runic motifs. There is even one item that refers to the Roman Emperor Constantine from the 4th century. “They have many symbols, some of which have not been seen before, which will enable us to enlarge our knowledge of the people of this period,” he added.

In an interview with TV2 News, Ravn stated, “This is really in the top. We have the Golden Horns of Gallehus, which weigh seven kilos, and ‘fæstedsskatten’, which weighs one kilo. This weighs in at about 945 grams,” adding, “But qualitatively, it’s also quite special because there are runes and special motifs not seen before.” 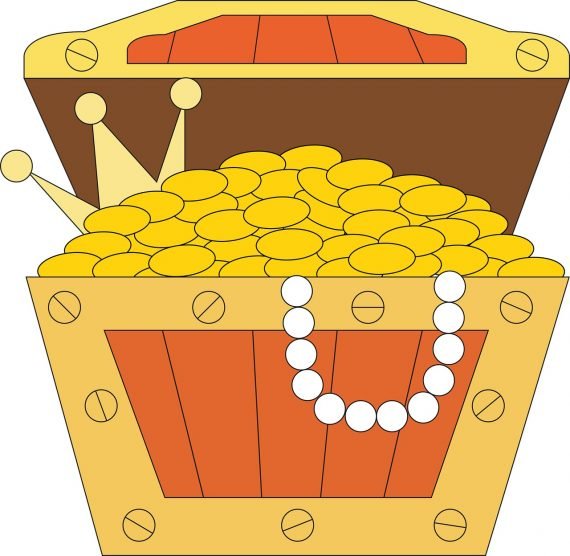 As for where the treasure was found, the museum explained that it had been buried in a longhouse by a rich man who once lived there. He may have buried the gold as part of an offering to the gods during a stressful time when the climate became cooler in the northern part of Europe due to a volcanic eruption that occurred in Iceland in the year 536.

While the gold was unearthed in December of last year by a private citizen using a metal detector, very few people knew about it until now. The treasure is scheduled to go on display for the public to view at the Vejle Museums in February of 2022. Until then, pictures of some of the gold items can be seen here.