Is it Possible that the Wendigo and Bigfoot are One and the Same?

That's a controversial question to ask, for sure. But, there may be some degree of reality to it. Let's take a look. First and foremost, the one thing that makes the Wendigo stand-out from Bigfoot is that the former is a dangerous, man-eating killer. For the most part, the Bigfoot creatures seem to be pretty non-dangerous. Let's have a closer look. ATI say: "As the tale goes, the wendigo was once a lost hunter. During a brutally cold winter, this man’s intense hunger drove him to cannibalism. After feasting on another human’s flesh, he transformed into a crazed man-beast, roaming the forest in search of more people to eat. The story of the wendigo (sometimes spelled windigo) comes from Algonquian Native American folklore, and the exact details vary depending on who you ask. Some people who have claimed to encounter the beast say it’s a relative of Bigfoot. But other reports compare the wendigo to a werewolf instead." Moving on, there are the words of The Canadian Encyclopedia: "A windigo is a supernatural being belonging to the spiritual traditions of Algonquian-speaking First Nations in North America. Windigos are described as powerful monsters that have a desire to kill and eat their victims. In most legends, humans transform into windigos because of their greed or weakness. Various Indigenous traditions consider windigos dangerous because of their thirst for blood and their ability to infect otherwise healthy people or communities with evil. Windigo legends are essentially cautionary tales about isolation and selfishness, and the importance of community." 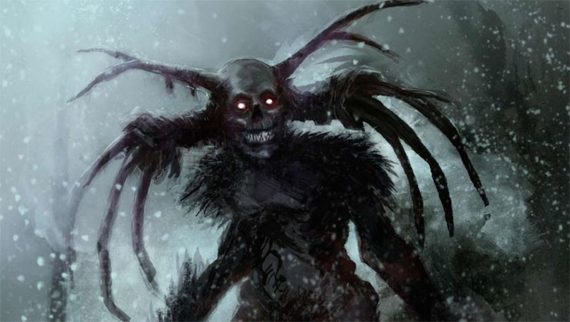 Now, let's get to the matter of the Bigfoot creatures.They may look dangerous and imposing, but a study of the history of Bigfoot seems to show that, primarily, the creatures are prone to keeping their distance from the Human Race. Now and again they'll throw rocks at people. And, there's a theory that the Bigfoots have the ability to use Infrasound to keep us away - specifically by creating nausea, panic, dizziness and even temporarily paralyzing terror. Bigfoot seeker Scott Carpenter said of his very own encounter with a Bigfoot and Infrasound: "I am not an acoustic expert or a scientist. My findings are based on observation and common sense. I think that I was under the influence of infrasound during my encounter with the Bigfoot on April 30th , 2010. The Bigfoot manipulated my perception and sanitized my memory. Even more disturbing was the fact that I did not react to observing the Bigfoot. I had to have initially recognized what it was and where it was hiding. I made two attempts to zoom in on the Bigfoot and get a close up video. Sometime during this process I was subjected to the influence of infrasound and strongly influenced or 'brain washed' into walking off. It is almost like my memory was wiped clean and I was given instructions to leave and I did." 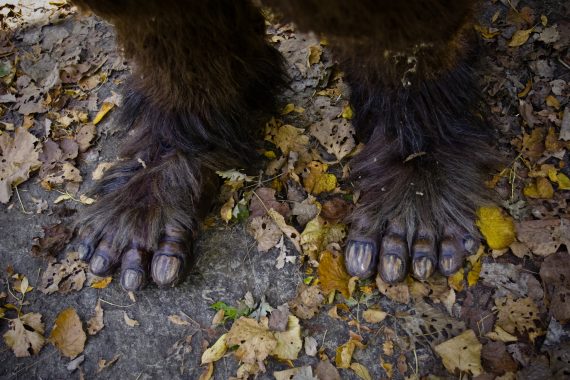 Yes, all of this does sound a bit like sinister and even dangerous, when it comes to the Wendigo. But, deaths at the hands of Bigfoot are rare. At least, as far as we know. There are some such claims, though. As for the Wendigos, there's absolutely no doubt these things are nothing but dangerous, violent killing machines that should be avoided at all times. Or, perhaps, things are not quite that black and white. It would not at all surprise me if, over the years (and over the decades and even centuries, too) that Bigfoot creatures, starving in winter times, and in need for themselves and their families, might resort to the ultimate answer: namely, killing some of us to save some of them. And, I would not be surprised, too, if at least some Bigfoot may have got a taste for us, and to the point where - for some, at least - we have become their primary source of food. But, with most of the Bigfoots seemingly avoiding such activity, it may have created a belief that there were two different creatures: the Wendigo and the Bigfoot. In reality, however, there may have only ever been one unknown animal: (A) a shy and largely non-hostile Bigfoot and (B) a violent and dangerous people-eating Bigfoot that has become a piece of folklore of the woods.