Despite the recent preponderance of armchair spotters reporting sightings via the 24/7 Nessie cam, and the likely debunking of drone footage showing what the operator claimed to be an aerial view of the aquatic cryptid, the Loch Ness Monster continues to maintain a spot in the hearts and minds of Brits – not just in Scotland but all across the UK. A new survey by Cottages and Castles showed Nessie as the #1 UK legend by average Internet searches per month, but #2 was very close and the top ten is filled with cryptids and creatures that don’t get the same publicity.

While Nessie was #1 with 60,500 UK searches and 291,800 worldwide monthly, the surprisingly close #2 legend was Robin Hood, with the same number of UK searches but 888,300 worldwide. Nessie would need a few hit movies to catch up, but that doesn’t affect the popularity of Loch Ness in comparison to Nottingham Forest as tourist attractions. At #3 are Kelpies, another Scottish cryptid with shapeshifting powers to change from an aquatic horse to other scary creatures. At #4 is someone who probably would feel the same way as Robin about categorized as mythical rather than real – King Arthur. Having a different predicament is Lady Godiva at #6 – she was definitely a real person but her naked romp on horseback is still the stuff of myths.

Moving away from the already famous Nessie, Kelpies and the legendary humans on the list, we come across some lesser-known UK creatures. At #5, but undoubtedly on the rise for reasons that will become apparent, is the Green Man. A symbol of the cycle of life, death and rebirth, carvings of the foliage-covered face of the Green Man are seen all over the UK, and his role as the “keeper of forests and woods” and environmental guardian only help his popularity. At #7 are the shapeshifting Selkies, another Scottish legend passed to them from Norse and Celtic mythology. Selkies are generally depicted as females resembling mermaids who can change into human form to entice males (of course) and avenge the deaths of seals.

At #8 are unusual creatures called Redcaps for a gruesome reason – these murderous goblins, said to live in abandoned castles in England and Scotland, are believed to soak their caps in the blood of their victims. They’re depicted as old elves with long teeth, skinny fingers ending in talons, bulging red eyes and superhuman strength to hurl large rocks at intruders. Interestingly, the best deterrents against Redcaps are religious – crucifixes or words of scripture. Why such horrible creatures are high on a popularity list is a puzzle. A better choice at #9 is the Lady of the Lake – no, not the LOTL from the Arthurian legend but the beautiful resident of Llyn y Fan Fach (Welsh for ‘little lake (near) the peak’) in South Wales. She offers lifelong beauty and affection to men who promise not to hit her three times – no one has passed the test because she’s still in the lake. 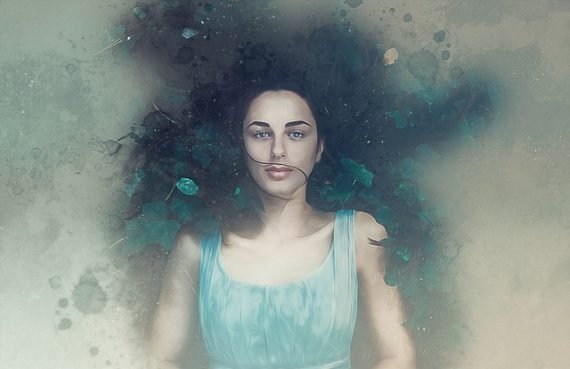 There you have it – the current top ten most popular UK legends. If you’re interested in seeing or trying to find them, Cottages and Castles has links to tourist attractions in their areas. Pick your favorite and help them move up the list. Go Selkies!

As Purported Nessie Footage Makes the Rounds, This Artist and Cryptid Enthusiast Says ‘Not So Fast!’