Merlin Proof? Oldest Manuscript About the Magician Identified and Analyzed

Those who believe in the legend of King Arthur, the Lady of the Lake, Excalibur and the Knights of the Round Table must, by association, buy into the existence of Arthurs valuable helper – Merlin the wizard. In 2019, fragments of a 13th century hand-written manuscript were found with the name “Merlin” on them, and initial analysis confirmed them as potentially the earliest known reference to the wizard. After two years of painstaking study and restoration using the latest technology and forensic handwriting analysis, academics from the Universities of Bristol and Durham have published their results in a new book, “The Bristol Merlin: Revealing the Secrets of a Medieval Fragment,” and the story of how the manuscripts were created is as interesting as the new details into the legends. Do they prove the existence of the most famous wizard in history? 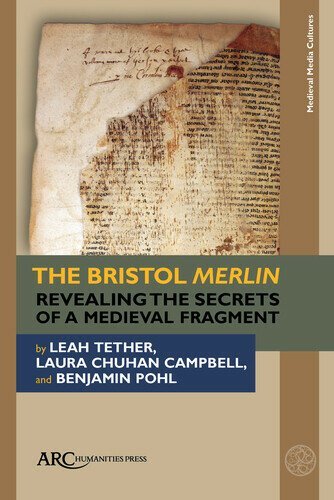 "We were able to date the manuscript from which the fragments were taken to 1250-1275 through a palaeographic (handwriting) analysis, and located it to northern, possibly north-eastern, France through a linguistic study.

The text itself (the Suite Vulgate du Merlin) was written in about 1220-1225, so this puts the Bristol manuscript within a generation of the narrative's original authorship.

We were also able to place the manuscript in England as early as 1300-1350 thanks to an annotation in a margin—again, we were able to date the handwriting, and identify it as an English hand.

As described in a press release, Professor Leah Tether, President of the International Arthurian Society (British Branch) from Bristol's Department of English, her husband, medieval historian and manuscript specialist Dr. Benjamin Pohl from the University's Department of History and Dr. Laura Chuhan Campbell, a specialist in the Old French Merlin stories from Durham University, did the analysis with the help of Professor Andy Beeby of Durham University's Department of Chemistry, whose mobile Raman spectrometer helped them to read the damaged segments more clearly.

One interesting new revelation concerns King Claudas, who in more modern accounts was said to have been wounded through the thighs in battle with Arthur’s forces. The Bristol Merlin doesn’t give a reason for the wound – which is often a metaphor for impotence or castration. The Bristol Merlin plays down the alleged sexual encounter with the enchantress Viviane, thought to be the Lady of the Lake, and plays up his military leadership during the battle. On the wizardry side, it details Merlin’s dream interpretation prowess and his ability to put people to sleep – a skill that Viviane wanted him to teach her. 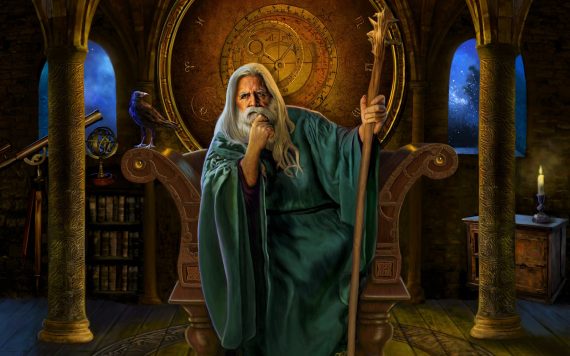 "Besides the exciting conclusions, one thing that undertaking this study, edition, and translation of the Bristol Merlin has revealed is the immeasurable value of interdisciplinary and trans-institutional collaboration, which in our case has forged a holistic, comprehensive model for studying medieval manuscript fragments that we hope will inform and encourage future work in the field.”

In the end, Professor Tether is more impressed by how well the researchers were able to read the damaged texts, piece them together and expand on the stories, which apparently changed in later texts. If Merlin were a real person, this early account shows him to be more of a military, relationship and family counseling wizard than a magical one. Perhaps the real benefit is that these analysis techniques will help interpret even older fragments of manuscripts that could one day link the tales to a real Merlin and Arthur, or the historical figures who inspired the legend.

UFOs, the CIA, Shadowy Cover-ups, and the Strange Odyssey of Leon Davidson