The latest Loch Ness Monster sighting has brought this year’s total to 14 confirmed sightings. This surpasses last year’s total of 13 sightings and with a little more than three months left to 2021, it’s very likely that the number will rise even higher.

This latest sighting occurred a little after 10:30 AM on September 6th by a viewer who was watching the Live Webcam. Weiming Jiang, who lives in Jiaozhou City, Shandong, China, saw some black dots in the water, “She said that at first there was only one black dot, and then two black dots appeared, very close to the shore. The dots moved on the water for six minutes.”

This is a pretty significant discovery as it is the first ever accepted sighting on the register reported from China. The picture can be viewed on The Official Loch Ness Monster Sightings Register. 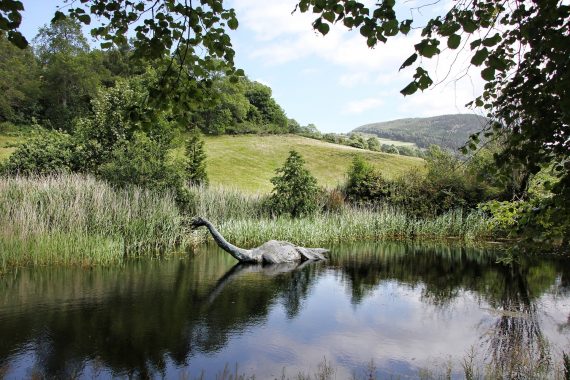 So far this year, there have been 9 total sightings by viewers watching the Live Webcam. The eight previous sightings include a strange black object that was seen on January 11th; an unexplained object was viewed for about 20 minutes in the water on January 19th; two black objects about 100 feet apart were seen splashing around on January 22nd; a black shape rising up and down in the water followed by two smaller shapes were witnessed on March 12th; a very big dark shape was spotted on March 17th; a long object was seen on March 26th; a moving shape was witnessed on August 11th; and two solid black shapes were spotted on August 22nd.

As for the sightings by people who were at the Loch Ness, there have been a total of 5 so far this year. These sightings include a hump that was moving against the waves that appeared black in color with a tint of green on June 2nd; strange movement in the water on July 19th; a black dinner-plate-sized object with scales was seen on July 26th; an object about 2 feet in height and 10 to 12 feet in length was spotted on July 30th; and an unexplained object was captured on a boat’s sonar on August 26th.

Details and some photos of this year’s sightings (as well as other years) can be seen here on the register.

Interestingly, the majority of the webcam sightings happened either in the late part of the morning (after 10:30 AM local time) or in the afternoon (between 2 PM and just before 6 PM). As for the in-person sightings, most of them happened in the afternoon between 1:30 PM and 3:30 PM. Is it safe to assume that Nessie sleeps at night?