New Study Solves Some Mysteries of the Dead Sea Scrolls

The Dead Sea Scrolls have been shrouded in mystery since their discovery, with the biggest being the identity of their authors. Close behind is the identity of who placed them in the Qumran Caves in the Judaean Desert near Ein Feshkha on the northern shore of the Dead Sea in the West Bank. A scroll researcher reveals in a new paper that he believes a passage in a collection of ancient Jewish manuscripts discovered in Cairo in the 19th century may explain the purpose of the nearby area known as Qumran, why archeologists have not found any private dwellings there, and ultimately how the scrolls got there and why they were kept in these particular caves.

The Dead Sea Scrolls have long been associated with the Essenes, a mystic Jewish sect that lived in a number of towns from the 2nd century BCE to the 1st century CE. Some scholars believe the Essenes inhabited the settlement at Qumran and they wrote the Dead Sea Scrolls and stored them in the local caves. In his preprint paper, “The Covenant Renewal Ceremony as the Main Function of Qumran,” Daniel Vainstub of the Department of Bible, Archaeology and Ancient Near East at Ben-Gurion University, lays out the reason why he disagrees that Qumran was an Essenes settlement.

“Unlike any other group or philosophy in ancient Judaism, the yaḥad sect obliged all members of the sect to leave their places of residence all over the country and gather in the sect’s central site to participate in a special annual ceremony of renewal of the covenant between God and each of the members.” 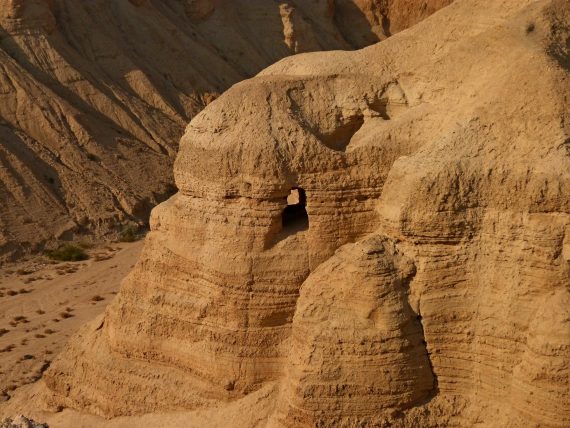 Vainstub says this annual celebration was called the “passing of the covenant” and modeled after one described in Deuteronomy. However, Vainstub also found a description in a collection of some 400,000 Jewish manuscript fragments found in Cairo, thus giving them the name Cairo Geniza. One in particular, the Damascus Document, includes instructions about the celebration that say: “And all [the inhabitants] of the camps shall assemble in the third month and curse anyone who deviates either to the right [or to the left from the] Torah.” That means the gathering took place in a specific time – the month of Sivan, when the festival of Shavuot falls – and that people from different places or camps were called to convene in one site. Vainstub concludes from this that Qumran was the site and may have been built for this specific purpose – which explains why there are no residences there. Those gathering either slept in caves or outside.

Qumran contains remains of a mikvaot (Jewish ritual bath), assembly hall and pantry where thousands of vessels were stored, and a southern esplanade that could handle many hundreds of people arriving annually from camps and towns. That leads to Vainstaub’s second revelation, which he explains in The Jerusalem Post.

“My theory is also consistent with the fact that the scrolls did not necessarily originate from Qumran, but rather were brought to the caves from all over the country and were left in the caves over the decades.” 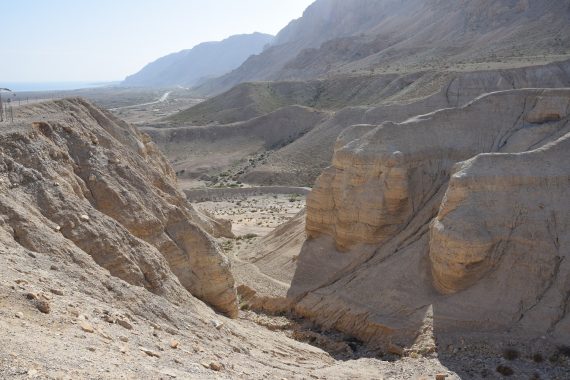 Vainstaub maintains the scrolls were stored there for years specifically to be used for the annual celebration, growing in numbers as the celebration grew with people from other towns. That would explain the different styles and ages of the scrolls and fragments. Put that all together and Vainstaub concludes the location was inevitable for the Dead Sea Scrolls.

“The site of Qumran, with its facilities, caves and surfaces, accords with the evidence for the annual gathering that emerges from the scrolls. No other known site is suitable for such a purpose.”

Will this help solve the mystery of the authorship of the Dead Sea Scrolls? Only time will tell.