According to a new study, two-legged dinosaurs more than likely wagged their tails while they walked and ran. More specifically, the tail was believed to have swished from side to side when they walked and wagged while they ran, which indicates that they were a very important feature on the dinosaurs.

While it’s impossible to know for sure how exactly the tail moved since all dinosaurs are now extinct, experts did create a new model that revealed how they were probably used to help the creatures move around. The researchers used biological and physical parameters based on previous studied conducted on specific dinosaurs to make 3D models that showed how the tails probably moved around. Incredibly, their simulations showed that non-avian theropods (this includes velociraptors and the Tyrannosaurus rex) moved both their tail and their neck side to side while they were in motion.

In order to determine that their model was correct, they used it to determine the speed of a modern South American bird species named tinamou (Eudromia elegans) and their results revealed that the bird runs at a speed of about 2.62 m/s which is accurate. “The simulations spontaneously generated walking and running gaits that had a strong kinematic and kinetic match to empirical observations,” the study read in part.

At that point, they created simulations for a small carnivorous theropod named Coelophysis bauri that lived about 220 million years ago; measured as long as 3 meters (9.8 feet); and weighed about 15 kilograms (33 pounds) with hollow bones which probably allowed it to move quickly. “After running a range of further simulations making the tails heavier, lighter and even no tail at all, we were able to conclusively demonstrate that the tail wagging was a means of controlling angular momentum throughout their gait,” explained Peter Bishop who is a paleontologist at Queensland Museum. They found that this dinosaur could have moved as quickly as 5.7 m/s, although those numbers aren’t concrete and could be subject to change.

Bishop went on to say that other dinosaurs, such as velociraptors and Tyrannosaurus rex probably moved their tails from side to side as well when they were running in order to help keep them balanced. A short video showing how a dinosaur would have wagged its tail can be viewed here. 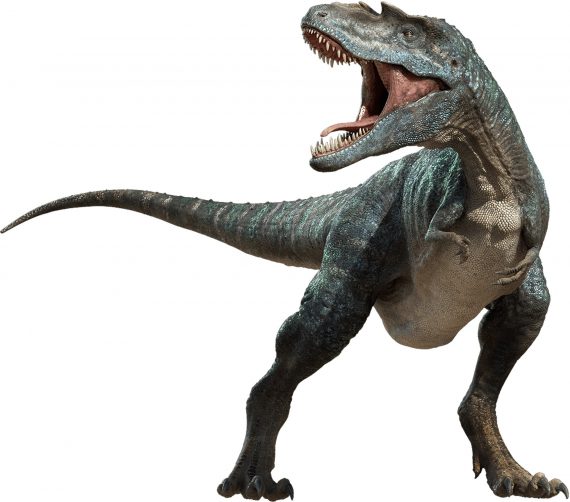 Jim Thompson, who is the Queensland Museum Network CEO, weighed in by stating, “This research gives us greater insight into how dinosaurs moved and may very well change the way we see dinosaurs depicted in films such as Jurassic Park in the future.” Will there be another Jurassic Park movie in the future with new tail-wagging dinosaurs? I guess we’ll have to wait and see...

Cavers Explore Yemen’s ‘Well of Hell’ to Search for Genies