Strange and Sinister Holograms: Seeing Weird Things in the Sky

Over the years, various government agencies have taken an interest in the matter of holograms - and the ways in which those same holograms could be used to their advantage during war. Or, should war occur. And, sometimes, to use such technology on the public. One example of this situation revolves around long-time ufologist, Ray Boeche. He's one of the key figures in the Rendlesham Forest "UFO landing" riddle – and particularly so in connection to the "top secret experiment" angle of the case. It’s certainly not every day that you get to meet with a pair of Edward Snowden-style whistleblowers from the U.S. Department of Defense. But, incredibly, that’s exactly what happened to Ray on November 25, 1991. The location, however, was not a dark and shadowy parking garage – as per the story of "Deep Throat" in Bob Woodward’s and Carl Bernstein’s hit book of 1974, All the President’s Men. Rather, it was a pleasant restaurant in the Lincoln Marriott Cornhusker Hotel in Lincoln, Nebraska. Ray told me: "I found it interesting that they would mention Rendlesham at the meeting. They said there was a sense that this was maybe, in some sense, staged. Or, that some of the senior people there were more concerned with the reaction of the men, how they responded to the situation, rather than what was actually going on. That this was some sort of psychotronic device - a hologram - to see what sort of havoc they can wreak with people. But, even if it was a type of hologram, they said it could interact with the environment. The tree marks and the pod marks at the landing site were indications of that. But how can you have a projected thing like a hologram that also has material, physical capabilities? They wouldn’t elaborate on this." Elements of this story - of Rendlesham being an experiment using holograms to see how the military personnel responded - continue to surface. 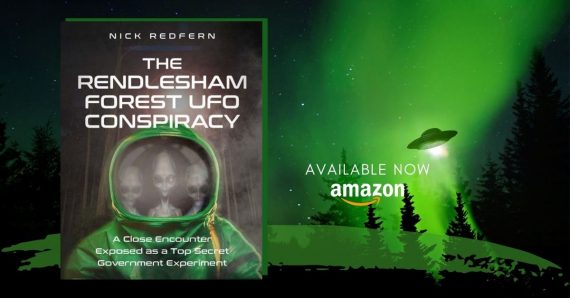 To demonstrate there's nothing new about this, consider the following. Granted, it all went down back in the Cold War, but it makes for fascinating reading. As a result of the seriously fraught situation that existed between the United States and Cuba in the early 1960s, U.S. intelligence did its utmost to try and find ways to oust Fidel Castro from power. One such early-1960s-era operation is almost hard to believe. While it didn't involve UFOs, it most certainly did revolve around the faking of a supernatural entity in the skies over Cuba; and so, in that sense, it’s highly relevant to the overall story. It provides us with yet another example of how the world of the paranormal was utilized by intelligence agencies to do its utmost to manipulate world events. It was in this period that a military figure, renowned for his ability to think out of the box to an incredible degree, got involved in the attempts to have Castro removed from power. That man was Major General Edward Geary Lansdale. His career was long, notable and extremely alternative. In the Second World War, Lansdale spent a great deal of time working for the Office of Strategic Services. The OSS – with its spies and "secret-agents" – was the inspiration for the CIA, which was created two years after the end of the war. 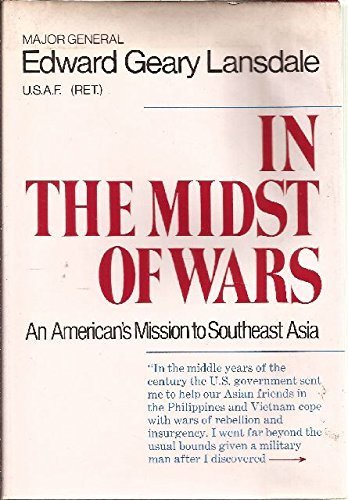 When Hitler and his hordes were finally defeated, Lansdale headed off to the Philippines, specifically to Headquarters Air Forces Western Pacific. Eight years later, he took a position in the Office of the Secretary of Defense. Lansdale became the Deputy Assistant to the SoD. It was while he was in the office that Lansdale really demonstrated his flair for all things off the wall. Perhaps the weirdest of all of Lansdale’s strange ideas was a plan to fake a "Second Coming" of Jesus Christ in the skies over Cuba! The story can be found in a November 20, 1975 document with the lengthy title of Alleged Assassination Plots Involving Foreign Leaders: Interim Report of the Select Committee to Study Government Operations with Respect to Intelligence Activities. It contains the curious testimony of a man named Thomas A. Parrott, who died at the age of ninety-two in 2007.

Parrott was, as the staff that run the website of the Arlington Cemetery, note: "…a former official with the Central Intelligence Agency and a member of several hospital boards and citizen group. Mr. Parrott spent 24 years with the CIA and was Assistant Deputy Director for National Intelligence Programs. Early in his career, he was Deputy Chief of the Soviet Division of the Clandestine Services Unit, a base chief in Germany and an assistant to CIA Director Allen Dulles." As far as Lansdale’s mind-blowing idea is concerned, Parrott had this to say to the Select Committee in 1975: "I’ll give you one example of Lansdale’s perspicacity. He had a wonderful plan for getting rid of Castro. This plan consisted of spreading the word that the Second Coming of Christ was imminent and that Christ was against Castro who was anti-Christ. And you would spread this word around Cuba, and then on whatever date it was, that there would be a manifestation of this thing. And at the time – this was absolutely true – and at the time just over the horizon there would be an American submarine that would surface off of Cuba and send up some star-shells. And this would be the manifestation of the Second Coming and Castro would be overthrown."

So, we have an early hologram-type affair that failed to work properly, and that was ultimately scrapped. Of course, musing upon the Cuba event, and the Rendlesham Forest incident of 1980, makes me wonder this: how many other UFO-themed and religion-based events have been fabricated using holograms? My guess is: more than a few!