The Dark Mystery of the Keddie Cabin Murders

In July of 1979, Glenna Susan "Sue" Sharp separated from her abusive husband James Sharp and moved from Connecticut out to Northern California in order to start a new life, along with her 15-year-old son, John, 14-year-old daughter Sheila; 12-year-old daughter Tina, and two younger sons, Rick, age 10, and 5-year-old son Greg. She would eventually move into the quaint, rural resort town of Keddie in the Sierra Nevada Mountains, renting out a cabin and enjoying the peace, quiet, and scenic beauty of the area, looking forward to her new life ahead. However, these dreams and hopes for the future would be cut short, and they were about to become the center of one of the grisliest and most mysterious unsolved murders in the state’s history.

On the evening of April 11, 1981, Sue’s daughter Sheila went to a friend’s house for a sleepover, and on the same night Rick’s friend, Justin Smartt, came to stay over at the family’s home, cabin #28. That day John and his friend Dana Hall Wingate hitchhiked out to the town of Quincy to meet friends as well, after which they had returned, and Dana seems to have stayed over at the house as well. There was nothing unusual about this at all so far, and there would have been no reason at the time to suspect that dark and grim times were ahead. On the morning of April 12, at around 7 a.m. Sheila came home from her sleepover at the nearby cabin and let herself in as usual, not noticing anything unusual at first, but when she entered the cabin, she was greeted with a scene like something out of a horror movie. 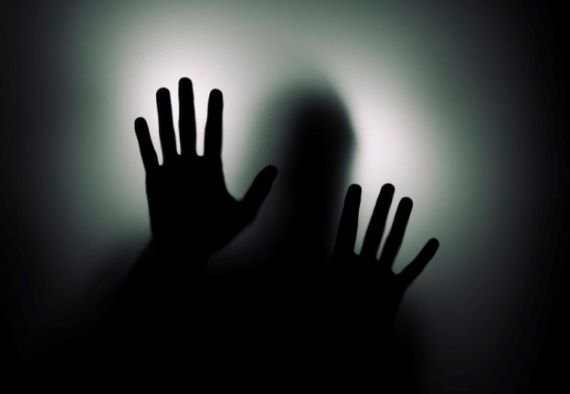 Within the gloomy cabin, Sheila stumbled across the blood-covered bodies of Sue, John, and Dana in the living room, all of them bound with cords and electrical tape, and in a panic Sheila went to search for her other siblings to find them alive and well in an adjacent room, along with the friend Justin, but Tina was nowhere to be seen. The police were notified and showed up to start going through the scene and uncovering many sinister clues. The murders themselves were found to have been incredibly brutal and vicious. The three had been bound and ruthlessly stabbed with two different knives and bludgeoned with a hammer, with most of the murder weapons left behind and one of the knives having been used with such ferocity that it was completely bent out of shape. Further inspection of the bodies would then turn up an array of strange clues.

The body of Sue was found lying on her side next to the sofa and half naked from the waist up, and she had been gagged with a blue bandana and her own panties stuffed into her mouth and secured with electrical tape, as well as covered with a yellow blanket. She had been stabbed in the chest, her throat had been cut wide open, and there was a wound made by a blunt object thought to have been the butt of a BB gun on her head. 15-year-old John Sharp was found to have had his wrist and ankles bound with electrical cord and medical tape, and his throat was slit as well. Dana was found face down on a pillow, and had multiple head injuries, stab wounds, and had also been manually strangled. He was bound just like the others, and his feet were tied up with a cord that connected to John’s bindings. There was no sign of Tina, but ample blood was found on the sheets in her room. In addition to the bodies, the walls had also been stabbed for reasons unknown, and a shoe print was found outside. Nothing had been stolen, but Tina's jacket, shoes, and a tool box were missing from the cabin, as was one of the two hammers used in the killings. The drapes had been closed and the telephone taken off the hook as well.

At the time, authorities were certain that this had to have been the doing of more than one person, but speaking to neighbors they learned that no one had seen or heard anything particularly unusual on the evening of the murders. There was one witness who claimed to have heard what could have been muffled screaming, but wasn't sure, and some people claimed that there had been an unfamiliar green van in the area, but these ominous clues led nowhere. Interviews with the boys who had survived would turn up a little more. At first, they claimed to have slept through the whole thing, although Justin would say that he had dreamt the crime was happening, later admitting that he had actually seen something under hypnosis. He told police that he had seen Sue arguing with two strange men in the house; one with a mustache and short hair, the other clean-shaven with long hair, both wearing glasses. These men had then apparently taken Tina away. This was considered a good lead, and composite sketches were made of the men based on Justin’s description and widely distributed, but these turned up no new leads. Oddly, police had the sketches done by an amateur artist by the name of Harlan Embry, who had no formal training in forensic sketching.

As the investigation was going on, rumors were starting to fly. There were claims that this had been some sort of Satanic sacrifice, while others claimed that it had something to do with drugs or that it was a targeted hit, but there was no evidence for any of this. A serial killer was also ruled out, and in the meantime, police were also still looking for the missing girl, Tina. A massive search turned up nothing, and it would not be until April of 1984, over three years since the murders, that portion of a human skull and part of a mandible would be found in an isolated wooded area in neighboring Butte County, about 100 miles away, which were determined to belong to her. Near these remains were found a blue nylon jacket, a blanket, a pair of Levi's jeans with a missing back pocket, and an empty surgical tape dispenser. The rest of her body was never found and it is not known how the remains ended up there.

Over the years police would pursue several possible suspects in the crime, including Martin Smartt, the stepfather of Justin Smartt, who was rumored to have been at odds with the Sharps and he had also claimed that he had found a hammer missing from his house. He had also mysteriously left Keddie and driven to Reno, Nevada, from where he had allegedly sent a letter to his wife, Marilyn, in which he admitted to the murders. However, none of this would stick, Martin Smartt was never officially charged, and he died in 2006, taking any secrets he had to his grave. For years there would be no new leads or clues, but in 2016 a hammer that is thought to have been the one Martin had lost was found in a nearby pond, and in 2018 there was DNA evidence that authorities say matches that of a living suspect in the case, although further information has been kept under wraps. To this day the Keddie Cabin murders have not been solved, the killer remains unknown, and it looks as if it will forever remain a mystery.