The Mysterious Bat Beast of Kent

Of all of the weird cases of strange entities, some of the oddest are of flying humanoids, and some of these can be pretty bizarre, indeed. The setting for this particular weird tale is the historic Sandling Park, in Maidstone, Kent, in England, a quaint woodland established upon the ancient wood of Westenhanger. It is a peaceful, quiet place with placid meadows, ornamental woodland gardens, and vast expanses of rhododendrons, and by all appearances does not seem to be the sort of place where one would expect to encounter mysterious monsters, but on one cold November night in 1963 this would change. On this evening, friends John Flaxton and Mervyn Hutchinson and two other teen boys were walking home through the park on a road that meanders through. They were coming from a party, and all of them were in good spirits, chatting away and laughing, when something strange caught their attention in the sky, and from here there would be a rather strange series of events with an entity that has never been fully explained away.

When they looked up, they saw a very brightly lit “golden oval-shaped” object measuring a few meters in diameter, that seemed to be hovering over a nearby field. Whatever it was, it was described as being intensely bright, much brighter than any star or planet in the sky, and more brilliant that any aircraft. The object then began to approach them, and they began to run as it followed, after which the object moved back to its original position. As the boys looked on in astonishment, the object then suddenly began to drop down, sinking below the tree line out of sight. At first, they had thought that it was perhaps a helicopter, but the object had been completely, eerily silent, and so they were driven by curiosity to walk off towards the field to see what it was. Things would get even stranger from there. 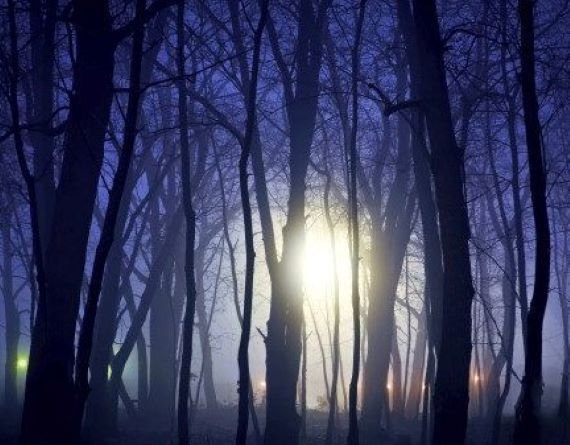 They soon made it to where the object had come down, but were surprised to see no sign of it. There was no more light, no orb, no trace that anything had ever been there at all. It was all quite baffling, as all of them had seen it, so they knew they had not been imagining things. As they looked around in puzzlement, they could then hear the rustling of bushes nearby, and a strange chill suddenly materialized, as well as a charge in the air like static electricity. When they looked to see what was making the noise, a figure like something out of a nightmare emerged from the gloom. There shambling out into the moonlight was a dark, hairy figure standing roughly 5 feet tall and with large, webbed feet like those of a duck. The torso had no arms, but rather two large and prominent bat-like wings, and most bizarrely of all was that it had no discernible head. This monstrosity then sort of waddled towards them like a penguin, before suddenly spreading its wings and launching it self through the air at them, The boys screamed and bolted away as fast as they could, and the creature passed right over them to veer off and disappear into the night.

The witnesses would go to the nearest police station to breathlessly tell of their surreal and terrifying experience, but of course no one believed them. They were told to stop telling tall tales and go home, thinking that at best they had been merely freaked out by a large owl, but it would soon turn out that there was perhaps something more to this. Less than a week later, a local man by the name of Keith Croucher, who had no acquaintance with any of the boys, claimed to have seen a brightly glowing object on the same evening as their sightings, and just two days after this there would be another report from a man named John McGoldrick. He claimed that he had gone out with a friend to investigate after having learned of these sightings, and that they had soon found several large, webbed footprints measuring 24 inches long and 9 inches across, as well as an area of brush that seemed to have been flattened by something large and heavy passing through. He also claimed that they had seen a strange glow coming through the trees at one point, although they didn’t see the creature itself. After this, several other reports would come in from people in the area of the park claiming to have seen strange lights in the sky and a winged creature flying about near the park. 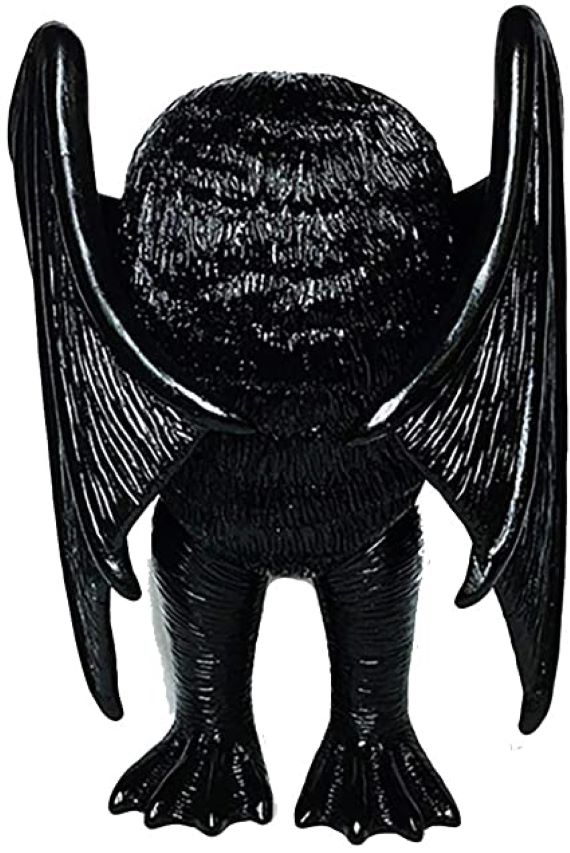 The sightings of “The Bat Beast of Kent” were soon making heavy rounds in the newspapers, and they would also appear in The Flying Saucer Review, as well as get a mention in John Keel’s The Mothman Prophecies. The case was unique in that it seemed to blend elements of ufology, cryptozoology, and the paranormal, being very hard to categorize as any one of these. To ufologists this was clearly a case of a UFO and its alien occupant, whereas cryptozoologists thought it was some unidentified avian monster and ghost hunters thought it was a ghost, spirit, or demon. Some even made a connection between the Bat Beast of Kent and the Mothman that would terrorize Point Pleasant, West Virginia in 1966 and 67. Skeptics claimed it was just a misidentified owl, scarecrow, or even a crow. In the meantime, the sightings just suddenly stopped and we are left to wonder just what was going on in that park. What was this thing? Was it an alien, interdimensional being, a ghost, or something else? We may never know for sure.