The Mysterious Murders at Wonnangatta Station

Located out in a remote valley of the Victorian Alps, Australia, in what is now part of the Alpine National Park, there was once an isolated cattle station and homestead called the Wonnangatta Station. Established in the 1860s, there was not much to it really, a couple of shacks and a bunch of cows, and it was practically in the middle of nowhere, with the nearest town lying around 20 miles away through thick wilderness and steep mountain passes, the only way in being either on foot or horseback. There were no roads here, no one else around, and it was about as remote as it gets. It certainly seems like a forbidding place to be, and it is perhaps the perfect creepy locale for one of Australia’s most famous and spookiest unsolved mysteries.

The homestead went through a procession of owners over the decades, but in 1916 it was largely unoccupied. There was just one caretaker at the time, a man in his late 40s by the name of James Barclay, who had lost his wife to tuberculosis and then sent his newborn son to live with relatives while he isolated himself from the rest of the world at Wonnangatta Station. There he lived mostly alone and lost to his own thoughts, living a simple life with no other people around for miles. He would live like this for around a year, until in 1917 he decided he needed some help around the place, hiring a cook, station hand, and general handyman by the name of John Bamford. Originally from England, Bamford was described as being the polar opposite of Barclay, with them having nothing in common and having very different personalities, and on top of that the word around the campfire was that Bamford had killed his wife, so at the time it seemed strange that Barclay would hire him, but since World War I had been raging and the site was so remote he probably wasn’t overwhelmed with potential job candidates.

Whatever the case may be, by all accounts they seemed to actually get along just fine, and on December 20 of 1917 they went out on horseback together to the gold mining town of Talbotville, about twenty miles from the station, for the rather mundane business of voting on the so-called Reinforcement Referendum, which would decide if there would be a military draft for WWI. Whether they voted for or against the draft remains lost to time, but what is known is that on December 21 they headed back towards the cattle station, and things would quickly unfold into a baffling unsolved mystery.

On the morning of December 22, the bushman and local mailman Harry Smith came by to deliver mail to the remote homestead, but noticed that no one was at home. He looked around and the only thing he could see that was odd were the words “Home Tonight” scrawled across the kitchen door in chalk. Smith would end up sticking around for two days, but no one ever did come back, so he left. At this point he wasn’t particularly alarmed, as the two men who lived there were pretty eccentric, but this would change. When he returned on February 14, there was still no one there, and he also noticed that the mail that he had dropped off in December was still there collecting dust. When Smith went around the property he found Barclay’s dog hobbling about, underfed and no more than skin and bones. Smith would arrange another trip out to Wonnangatta on February 23, this time bringing along a friend by the name of Jack Jebb, and this time they would turn up some sinister things.

As the two men searched the property and surrounding area, they stumbled across a badly decomposed body in a shallow grave near a creek, which judging from the clothing and the distinctive tobacco pouch was obviously the body of Barclay. The grave had been disturbed, probably by scavengers, and the right shoe and a hat were neatly placed nearby, seemingly intentionally. This was all grim enough that police were soon notified, and they went out to the property by horseback to investigate and turn up some odd clues. In Barclay’s bedroom there was a shotgun that had been recently fired and a shell casing on the floor, but no sign of any blood or damage anywhere. They also found the bed to be in a state of disorder and disarray, as well as some belongings missing, including items of clothing such as Barclay’s suit, and perhaps most sinister of all traces of strychnine in the pepper dispenser in the kitchen. They also managed to find Bamford’s horse wandering about on the Howitt high plains with no saddle or bridle. What had happened here? No one had a clue. 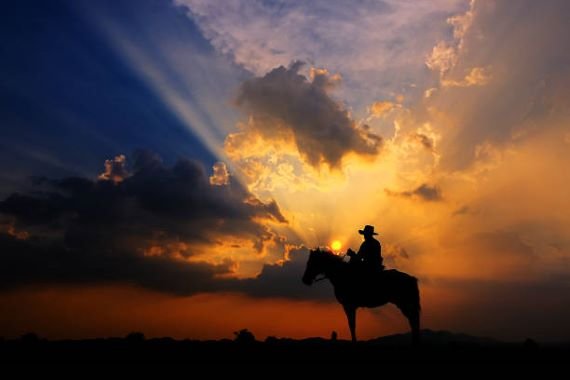 When an autopsy was done on Barclay’s remains, they found that not only was it indeed him, but that he had died from a single shotgun blast to the back, and that he had likely died some time around December 21. Considering that the only other person who would have been with him at the time was Bamford, and that Bamford was known for having a hot temper, it seemed pretty obvious that the two had likely gotten into an argument and things had gotten out of hand to devolve into murder. At the time it was seen as a given that Bamford was guilty as hell, and there was a massive manhunt launched to catch him, as well as a massive reward posted, which turned up not much more than a delusional individual claiming to be Bamford. At first there was no trace of where Bamford had gone, but then there would be a shocking discovery that would make things even more mysterious.

In early November of 1918, a boot was found sticking out of a log pile by a mounted policeman and Harry Smith near a deserted hut on the Howitt Plains, not far from where Bamford’s horse had been found running wild. The boot would turn out to be attached to a body, namely Bamford’s body. A post-mortem would find that he had been killed with a bullet to the head, an obvious murder, but by who? It was now thought that Bamford had killed Barclay and then been killed in retribution by one of Barclay’s associates, the most logical choice being Barclay’s friend and mailman, Smith. However, there was no evidence to support this, and if this were true, then why would he have led the police to Bamford’s body? Another idea was that the two men had both been killed by cattle or horse thieves, but no cattle were found to be missing, and both Barclay’s and Bamford’s horses had been accounted for. There was also the idea that Barclay, who was known as quite the playboy and ladies’ man, had perhaps gotten in over his head with a married woman and paid the price, but then why should Bamford be dead too? It remains a mystery, and Barclay’s son would prove to be no help, simply stating in later years, “It was all a long time ago and both the murderers are long since dead. I can't see that anything can be gained now, it's all best forgotten.”

Today, there is little left of Wonnangatta Station, merely some sparse ruins and nothing at all to hint at the tragedy that unfolded here. The crimes were never solved, and it is unknown why these two men left to go out on horseback, only to never return and both end up dead under mysterious circumstances. There are also no answers for who could have done it, why the hat and shoe had been left at Barclay's grave, or why there had been strychnine on the pepper bottle, or what the meaning was behind the words "Home Tonight" written in chalk on the door. No one knows. All we do know is that these two men living in seclusion in the Australian mountains left one day and turned up dead, and it has gone on to become one of the country's most notorious unsolved crimes, no closer to being solved now than it was back then.