The Mysterious World War I Mass Vanishing at Celtic Wood

War holds many mysteries. Beyond what we see in history books, there are often many strange anomalies and quirks that go beyond the understandable and launch themselves within the world of the weird. One such case that has been oft discussed and debated is that mysterious mass disappearance of a whole troop of soldiers, who ventured into a patch of woodland and seemingly evaporated off the face of the earth.

During the First World War, in October of 1917, the 10th Battalion of the 1st Australian Division launched a diversionary attack against Germans positioned at a place called Celtic Wood, near Passchendaele, in West Flanders, Belgium. The name invokes rather a sense of mystique and grandeur, but at the time there wasn’t much to Celtic Wood, just a patch of about one acre of woodland which at the time had been blown apart by bombing to make much of it smashed trees and trees stumps, but the Germans were dug in here tightly, and the force of 85 men with the 10th Battalion meant to go in there and drive them out, in order to create a diversion for a much larger force, the 2nd Australian Division, which would move in to mount a large attack to protect the flank of the main British advance on its northern flank during the Battle of Poelcappelle. They planned to rush the Germans hard to make them think it was a full-blown attack, blow up their positions, divert artillery fire away from the main attack, and then send out a flare to let the others know that the mission was complete. On October 9, 1917, the 10th Battalion, who were all decorated and seasoned soldiers, moved in at dawn under the command of 22-year-old Lieutenant Frank Scott, and they would warily penetrate into that stand of trees to become one of the strangest mysteries of World War I. 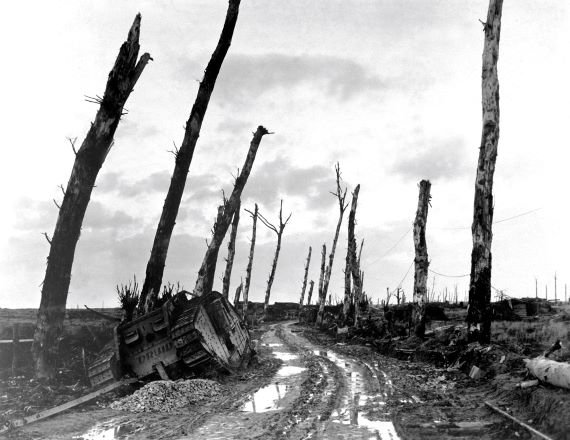 The force was immediately met with obstacles. The constant rain leading up to the raid had been a major hamper for the entire operation of the Battle of Poelcappelle, miring troops and equipment in thick mud, and the 10th Battalion faced the same problem. The men made their way through flooded, waterlogged trenches towards the wood, with progress slow, but this would turn out to be the least of their worries. The Germans, seeing this rather small force of only 85 men, were not fooled. The Australians sensed this when they were met with only sporadic fire from the German machine gun nests, rather than the full-on artillery barrage and trial by fire they had expected, but they nevertheless continued their advance. They managed to pull off a deft flanking maneuver on German positions, which intensified the fighting and caused more fire to rain down upon them. This flanking attack had really stirred the hornet’s nest, and the Germans, now sure that this was nothing more than an isolated but dangerous attack, sought to stamp them out with a barrage of relentless machine gun and artillery fire, as well as grenades and the judicious use of snipers and sharpshooters, with the battle sometimes devolving into hand to hand combat.

Before long the Australian forces were taking heavy casualties as more machine gun nests they hadn’t even realized were there began to open up on them as they fired wildly in the murky dawn light. It is not really known for sure what happened within Celtic Wood after this, but what is known is that, depending on the account, only between 7 and 14, men, all unwounded, made it back, with the others completely unaccounted for, although the official number would list 37 of the 85 involved in the attack as missing. Other reports, however, put the number of missing at 59. The 10th Battalion commander Lieutenant-Colonel Maurice Wilder-Neligan would write in his own report on the matter, “A desperate hand encounter followed, in which heavy casualties were inflicted upon the enemy...I am only able to account for 14 unwounded members of the party.” There would be no trace of the missing men found, no remains, no sign, no clue as to what had happened to them, and Australian war correspondent Charles Bean would write:

The operation ended disastrously. The missing were never heard of again. Their names were not in any list of prisoners received during the war. The Graves Commission found no trace of their bodies after it.

Rather strangely, on the Menin Gate Memorial to the Missing in Ypres, many of the names of the missing men don’t appear at all, making them specters without even a name. All of this would all spawn a lot of wild rumor and speculation, as well as unfounded and uncorroborated stories and accounts. Some said that the men had gone off into a sudden mist only to vanish into thin air, while other tales told of trench diggers mysteriously vanishing in the days before the attack. Many of these tales seemed to hold a hint of supernatural weirdness to them, which only made the true story behind the mass disappearance of all of these men even murkier. Curiously, official German reports make no mention of the attack in the first place, fueling rumors that they were trying to cover something up, although what that could be is anyone’s guess. 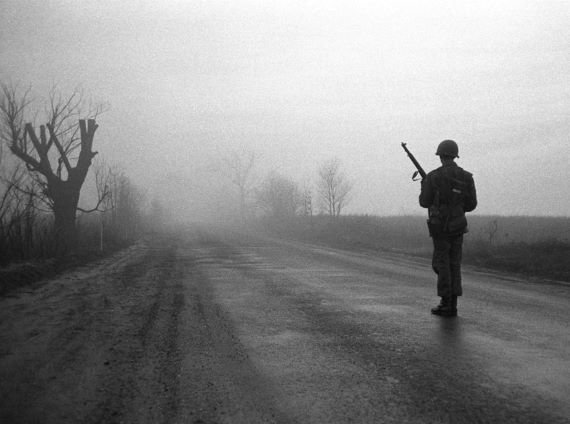 Considering that so many men just seem to have disappeared off the face of the earth during the attack on Celtic Wood, there has been much speculation and debate as to what happened to them ever since. The most common idea is that the Germans simply massacred them and unceremoniously dumped them into a mass grave somewhere. The last recollection of the survivors was a scene of chaos and being viciously attacked from all angles, so it seems to make sense that many were perhaps simply killed and then buried by the enemy in a mass unmarked grave, after which it was covered up. However, Germany to this day denies that such a thing ever happened, and no such mass grave has ever been found. There is also the idea that they were taken prisoner, but none of the names of the missing men have turned up on any wartime prisoners list. They may have been merely killed in action and swallowed by the mud, but this still doesn’t explain the complete lack of the remains of so many. Another theory is that British forces turned their guns on the German positions at Celtic Wood and bombarded them, blowing both the enemy and inadvertently the 10th Battalion to Kingdom Come in the crossfire, but it is seen as rather unlikely that the bodies would have been so completely pulverized and obliterated as to leave not a trace of any remains. To this day, no bones or remains have ever been dug up in the area, as if those men had never been there at all. Others say that this is all down to a combination of factors, including bad record keeping, clerical errors, and misunderstood reports from the battlefield, all further compounded by confusion and the fog of war.

What has gone on to be called The Mystery at Celtic Wood continues to rank high among the greatest mysteries of Australia’s Great War, and it has never been fully solved. What happened to these men? How could so many disappear without a trace? Is there any truth to all of the strange stories orbiting this case? The site of the Celtic wood currently doesn't exist anymore, with no more trees here and the events that transpired here relegated to the cracks of history. What happened here? It remains unknown, and lost to the mists of time.

A Puerto Rican Monster: But, it Wasn’t a Chupacabra