The Ringcroft Entity: A Violent Demonic Haunting in Scotland

Hauntings come in all shapes and sizes. There are numerous categories to such things, including ghosts, poltergeists, and other things beyond classification. At times, these hauntings seem to careen off into the truly outlandish, encompassing a wide range of very odd phenomena that truly seems to defy any category. One such case of a very malicious and sinister haunting comes to us from the country of Scotland, where malevolent forces gripped a small rural community and remain unsolved to this day.

One of the most menacing and mysterious hauntings in Scottish history begins in 1695 in the quiet countryside of the Ring-Croft of Stocking, in the Parish of Rerrick in Auchencairn, Dumfries and Galloway. Here there lived a man named Andrew Mackie on a quaint and rural farm, living a peaceful and simple life, and he had never had any trouble there, nor made any. Yet one day in February, his life began to get very strange for reasons unknown. It began innocuously enough, with him finding the tethers for his livestock mysteriously broken and loosened, which he at first thought might have just been the doing of the cows. He used stronger bindings, but these were also soon broken and he could not account for it. Thinking that maybe their was a prankster running about, he moved the cattle to another building, but the next day he found one of the cows bound with a tether and raised off the ground, the very upset animal kicking its feet about in the air. It was all very puzzling, but the strangeness would only graduate in intensity from there.

Shortly after the incident with the cattle, Mackie and his family began to be frequently pelted with stones and rocks that seemed to come from nowhere. These stones came in a variety of sizes, from mere pebbles to hefty rocks that could cause serious injury, and they could be either lightly lobbed or hurled with great force, seeming to materialize from thin air. Strangest of all was that these stones would often be thrown even inside the house, breaking objects and furniture, and the throwing was most violent when the family was engaged in prayer. There were allegedly many witnesses to these stone-throwing incidents, and it got to the point where it was nearly constant. Adding to this strangeness was a staff that began floating around the house to hit people and bang on the walls or furniture, although its main target would be Mackie himself. A local minister by the name of Alexander Telfair witnessed these phenomena for himself, and would say of it:

Especially in time of prayer, above all other times it was busiest then, throwing most at the person praying. Stones and several other things were thrown at me, I was struck several times on the sides and shoulder very sharply with a great staff, so that those who were present heard the noise of the strokes. That night it tore off the bedside and rapped upon the chests and boards as one calling for access.

This was not a complete surprise for Telfair, because the previous owners of the house, a family called McNaught, had been plagued with all manner of bad luck and illness when they had lived there, to the point that they had considered it all to be cursed. Indeed, the father had died under mysterious circumstances, and a psychic had told them that the curse emanated from a tooth buried beneath a huge slab of stone on the property. When the family was gone, for years there had been no further incident but now it seemed that dark forces were orbiting it once more, perhaps not happy that people were living there once again. Telfair decided to stay for a few days and see what he could do to drive the forces away, but every time he prayed the phenomena would get worse and more intense. Indeed, Telfair’s presence seemed to have infuriated the forces and agitated them quite greatly, with attacks with stones and staves getting extremely violent to the point that several people were injured. There were new incidents as well, with fires suddenly starting around the property, including one blaze that materialized right in the middle of a room. Another strange phenomenon that started up was a disembodied white hand, which would poke, prod, push, and hit people, as well as the apparition of a young boy creeping about the premises. Telfair would experience this hand himself during his stay, saying of it:

That night as I was once at prayer, leaning on a bedside, I felt something pressing on my arm; I casting my eyes thither perceived a little white hand and arm from the elbow down, but presently it evanished. It is to be observed that, notwithstanding of all that was felt and heard, from the first to the last of this matter, there was never any thing seen, except that hand I saw; and a friend of the said Andrew Mackie's said he saw as it were a young boy about the age of fourteen years, with gray clothes and a bonnet on his head, but presently disappeared as also what the three children saw sitting at the fireside. 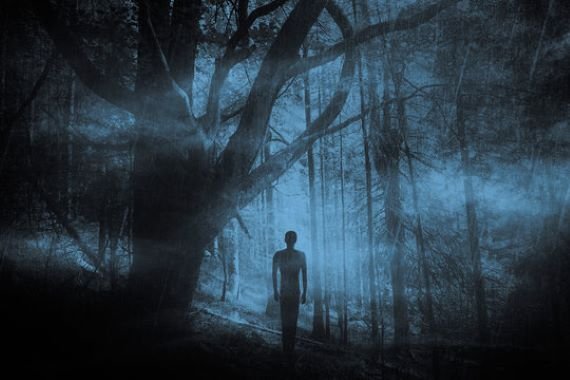 There would also be instances of people being attacked by some unseen force, incurring bruises and scratches, and sometimes even seen to be dragged across the floor. The family would have their clothes ripped off and their bedsheets torn away, sometimes even themselves yanked from their beds to go tumbling to the floor. By this point it was becoming obvious to Telfair that they were possibly dealing with demonic forces, and that it was beyond his abilities to deal with on his own. Every time he prayed the house would erupt into violent paranormal activity, with the whole structure besieged with an assault of stones, staves, flying furniture, and bangs and thuds on the roof and floors that were so forceful they sometimes shook the whole house. Knowing that he was outmatched, Telfair recruited two more ministers, Andrew Ewart of Kells and John Murdo of Crossmichael, to help him combat these forces, and the next chapter of this bizarre odyssey would begin.

As soon as these two ministers showed up, it unleashed a never-ending storm of paranormal violence, much of which was directed at these two new men of the cloth. This time the rocks were larger than ever before, hurled with superhuman force, and the unseen hands went to work with a fury even surpassing everything up until then. The demon or whatever it was also turned up some new tricks, launching fireballs across rooms to set things on fire, and Telfair would say of the animosity aimed at his colleagues:

It was cruel against them, especially by throwing great stones, some of them about half a stone weight. It wounded Mr. Andrew Ewart twice in the head, to the effusion of his blood, it pulled off his wig in time of prayer, and when he was holding his napkin betwixt his hands, it cast a stone in the napkin, and therewith threw it from him. It gave Mr. John Murdo several sore strokes, yet the wounds and bruises received did soon cure. There were none in the house that night escaped from its fury and cruelty. And also, in the dawning as they rose from prayer, the stones poured down on all who were in the house. Not one that came into the house did escape heavy strokes. 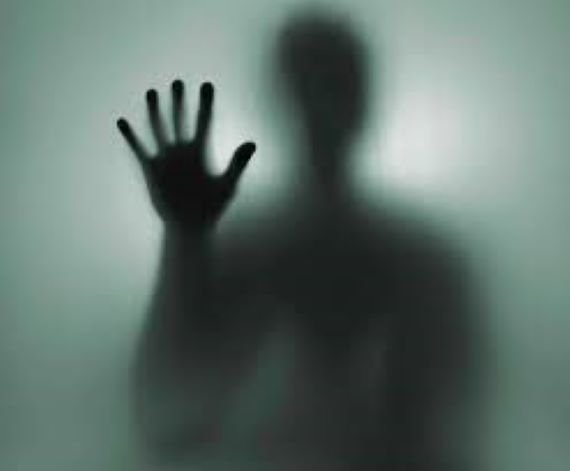 Other ministers were brought in as well, but they too met with the wrath of the inscrutable entity, of which Telfair would say of what happened when they all tried to pray together:

No sooner did I begin to open my mouth than it threw stones at me and all within the house. It came often with such force upon the house that it made all the walls to shake, it broke a hole through the timber and thatch of the house and poured in great stones, one whereof, more than a quarter weight, fell upon Mr Monteith’s back (Rev. John Monteith, minister of Borgue), yet he was not hurt. It threw another with great force at him when he was praying, yet he was neither hurt nor moved thereby.

As all of this was going on, Mrs. Mackie came across a loose floorboard, beneath which she found the tiny bones of a child wrapped in paper, which she brought to Telfair. The minister blessed the remains, but this seemed to make the ghostly forces even angrier, with a fire burning down an outbuilding and another that burned one corner of the house nearly to the ground. The Mackies then moved out for several days, during which time neighbors said the property had gone quiet, but when they moved back in it returned with a vengeance. Seeking to try to overwhelm the “demon” with prayer, the ministers gathered together as many townsfolk as they could and led them in a group prayer. During this time, they were all attacked by stones and unseen hands as a black mass gathered in the corner, yet it began to subside and then left through the door, burning down a sheep shed as it left. After this, all of the phenomena stopped.

Telfair would go on to write an account of the events in a booklet with the rather unwieldy title of A TRUE RELATION OF AN Apparition, Expressions and Actings, OF A SPIRIT, Which Infested the House of Andrew Mackie in Ring-Croft of Stocking, in the Paroch of Rerrick, in the Stewartry of Kirkcudbright, in Scotland, and the Mackies would move out, the ordeal over but with them unable to rest in that house. Today the house is gone, not even ruins nor remnants left behind, its location said to be marked by a single dead tree. What was going on here? Was this a ghost, poltergeist, demon. or something else? Was it perhaps even a hoax propagated by Telfair himself? Whatever the real answer might be, it remains one of the most intense and well-documented hauntings in Scottish history, bound to remain fully unsolved.

Monsters of the Oceans and Their Need to Feed and Kill