The Weird Case of Dr. Reed, a Strange Encounter, and His Screaming Alien Body

Some weird tales of aliens seem to really take on a life of their own, and chief among these are those of supposed alien bodies. In October of 1996, a man claiming to be a psychologist named Dr. Jonathan Reed purportedly had a rather amazing and harrowing encounter near his home in Seattle, Washington. On this day, he took his dog, a golden retriever named Suzy, out to the Cascade Mountains for a hike, and at one point the animal ran off when something caught its attention out in the woods. The dog took off into the woods barking wildly, and after a few moments it could be heard snarling and growling, obviously in some sort of confrontation. At this point Reed thought it was a wild animal, in particular a bear, since they had seen one ambling about earlier in the day. He ran towards the barking in order to chase off whatever it was, but it would soon become clear that this was no wild animal. From here would begin a wild tale of malevolent alien entities, strange phenomena, and a supposed alien body kept in a freezer.

Reed would claim that he had entered a clearing to see that his dog was snarling and barking at a strange humanoid creature on the ground. It reportedly stood about 4 or 5 feet high, was wearing a one-piece, seamless, black outfit of some kind, and was supposedly “vibrating.” He would claim that the creature had then grabbed his dog and torn her in half in a gruesome display of super strength, and that was when he had grabbed a large branch and ran at it. The creature was apparently not afraid of him, moving towards him with “lightning speed,” but Reed managed to hit in squarely in the head with all of his strength, sending it sprawling to the ground to lie still. When Reed prodded at the bizarre humanoid, it did not move and it appeared to be dead, and this was when he heard a low humming or droning sound from not far away. 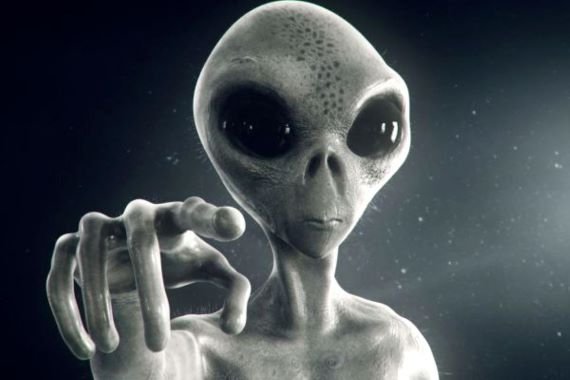 Reed would say that he had gone to search for the source of the noise and come across a huge, black object with a smooth surface like obsidian hovering in the air just above the ground, which he allegedly photographed. He also noticed that the air seemed to be charged with electricity, like static and the air before a storm, but he nevertheless warily approached the object to touch it, upon which the humming abruptly stopped and the clearing was immersed in silence. Reed was pretty unsettled by this point, so he backed away from the black UFO and went back to the clearing where his dead dog was and where he found the alien still lying there lifelessly. Looking around and seeing no one else out there, he wrapped up the body and brought it all the way home, where he says he took a video of it and stashed it in a freezer until he could figure out what to do.

The following day, Reed allegedly did a sort of examination of the creature, filming portions of it, moving its limbs about, and taking physical evidence, at which time the alien blinked its eyes and screamed upon being taken out of the freezer, proving to still be alive and something Reed claims to have gotten on video, before putting it in the freezer again. Indeed, Reed made several audio recordings of his interactions with the creature, which produces a rapid fire chatter. Shortly after this, he claimed that he was followed around by strange men in white vans, who seemed to intently watch him at all times. Even stranger than this, he claims that at some point the alien creature miraculously regained consciousness, jumping back to life to escape back into the woods. Not long after this escape, he says his house was ransacked, and that almost all of his physical and photographic evidence had been stolen, all but a few images he had managed to hide well enough to evade detection. He claims that the mysterious men following him got more menacing, even at one point shooting at him to hit him in the shoulder. According to him, this caused him to fear for his life and go into hiding for several years before he decided to finally come forward with his amazing story.

When Dr. Reed did finally come out with his outlandish tale, it made a lot of waves in the UFO community, instantly raising speculation and debate. He appeared on many radio shows, including Art Bell’s program, as well as giving talks at UFO conferences and even writing a book on the whole thing, titled Link--An Extraterrestrial Odyssey. He also released a portion of the video of the alleged alien, which caused quite a stir and endless analysis and debate as to its veracity. For years the story did heavy rounds in Ufology, with most people not knowing quite what to think of it all. However, his story soon started to show cracks and seams. 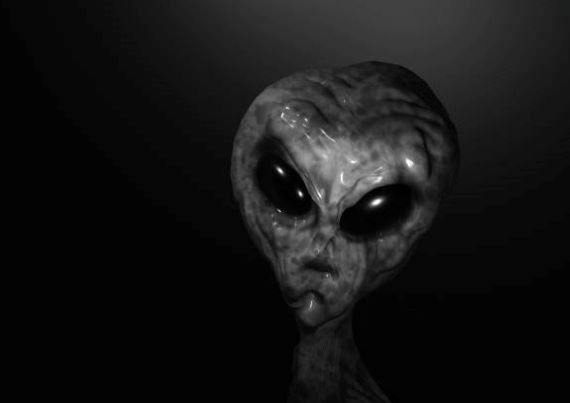 First and most suspicious was that it would turn out that Jonathan Reed was not his real name at all, and that he was in fact Jonathan Bradley Rutter, a fact he admitted but would claim was because he had been trying to hide his identity to avoid the mysterious agencies he believed to be still following him, and he further added that Rutter was the fake name he had concocted and Reed his real one. Indeed, there is little to prove he is who he says he is, and it has been found he has changed his identity on several occasions in the past, something he denies. On top of this, certain elements of his story have changed with retellings. Most notably, whereas he first claimed that his dog had been torn in half by the alien, he later added that the alien had in fact “vaporized” the animal after killing it, leaving only a pile of ash. The description of the alien craft also had come inconsistencies, at first said to be shaped “like a spike” but later saying it was an “obelisk.” Most damning of all is that he had not one shred of evidence that any of this had ever happened, and although he claimed to have some shreds of the alien’s outfit and some biological samples he had managed to hide, he refused to allow these to be studied or analyzed by anyone. He would even claim that the few people who he had allowed to look at them “disappeared” or “were murdered,” claims with no evidence at all to back them up. It was all pretty suspect, but perhaps most suspicious of all is the actual supposed video clip of the alien. The video shows what appears to be a humanoid, child-sized figure with large slanted eyes, a slit-like mouth, and slightly elongated head, but there are some red flags about it all, of which a post on the site Midnight Hollow points out some suspicious points as follows:

I have a nice list of things that I have questions about:

There is absolutely no proof Rutter / Reed had an alien in his freezer. A poorly shot, planned, acted video with a horrible alien doll is not proof, in fact it diminishes this event. Take the evidence, and it is crystal clear this guy is a career con artist and the people who want to believe so much, is a victim.

Nevertheless, people were still defending the footage and Reed’s veracity at this point, and “Reed” himself stuck by his story even in the face of scathing criticism. In 2010, the TV show Fact of Faked: Paranormal Files decided to focus some resources on finding out the truth, and not only were they able to reproduce the notorious alien video shot for shot, but they also used FBI voice stress technology on Reed himself to find that he seemed to be lying or at least deceptive in his recounting of events. Fact or Faked also questioned his credentials and shot holes in nearly every part of his story, casting skepticism on his identity and even doubting that he ever had a dog, and in the end it was all largely debunked as a hoax. Indeed, within the UFO community it is mostly accepted that Reed is a fraud and the video a blatant hoax, although this cannot be concretely proven and there are many arguments supporting Reed and counteracting and debunking Fact or Faked’s debunking, such as this video. Reed also still continues to defend his story and insist he is telling the truth, so the debate doesn’t seem to have been completely laid to rest, and it has not actually all been proven to be a hoax without a doubt, though it most likely is. You can see a selection of some images of the alien body here and another photo here that was featured on Art Bell's show and see what you think. What are we to make of all of this? I make no claims either way, and leave it for you the reader to decide.

British Inmates Witnessed a UFO and Then Developed a Mysterious Rash