It is a dark, cold, and wind-swept night in early 1879. The location: the fringes of a centuries-old little village in central England. A man is crossing a large, stone bridge that spans an ancient canal. His only company on that night is a faithful horse, which is dutifully pulling behind it a battered, aged, wooden cart. After a busy day spent moving furniture, the man is tired, hungry and thirsty. He decides to make a welcome stop at the village’s pleasant inn, for a pint or two of beer and a hot meal. Unfortunately, and before he can do so, fate intervenes. And it does so in just about the most traumatic and horrific way possible. The man is barely halfway across the bridge when, suddenly, out of the thick bushes and trees that surround the bridge, and which dominate the canal, a large, chimpanzee-like beast – sporting wild, glowing eyes – leaps out of the darkness and charges in his direction. For a moment, he is paralyzed to the spot; gripped by overwhelming cold fear. At the very last moment, however, the infernal monster swerves to one side and makes a mighty leap aboard the cart, terrifying the poor horse in the process. 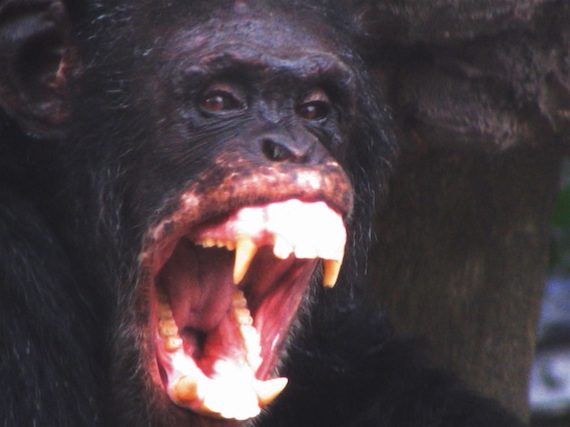 The crazed, shaggy, man-monster stands tall and imposing, its legs spread wide and its arms waving towards the heavens in wild fashion. The man quickly gathers his wits, grabs the horse’s whip and proceed to beat the beast to a pulp. At least, that is what he tries to do. To his eternal terror, the whip passes right through the body of the ape-like thing that is raging before him. In his state of near-hysteria the man can only conclude that he missed the animal, so he strikes it again. Once more, the whip has absolutely no effect – other than to demonstrate that the monster is one of spectral, rather than flesh-and-blood, proportions. Before he can decide what to do next, the monster leaps off the cart, and races towards an old, dusty path that leads down to the shadowy canal below. In seconds, it is out of sight.

The man takes a deep breath and calms his fraught horse. And he carefully scans the area. Thankfully, the monster does not return. At least, not tonight it doesn’t. He has just had an encounter with a highly dangerous monster that is destined to quickly become known as the Man-Monkey. It’s time to calm those fraught nerves, and to share the traumatic experience with a few friends, over a couple of flagons of old English ale. The story I have just told is not one of fiction. In fact, far from it: it is all too terrifyingly real. The date was January 21, 1879. The location was Bridge 39, which spans the centuries-old Shropshire Union Canal. The village was Ranton – situated in the English county of Staffordshire – an ancient hamlet which dates back approximately 1,000 years. And the pub, in which the scared-witless soul told his story to an audience of frightened locals, was the 17th century-era Hand & Cleaver Inn. Since that fateful night, more than two dozen reports have been made of this strange and sinister creature – which can best be described as something akin to a spectral, ghostly Bigfoot. 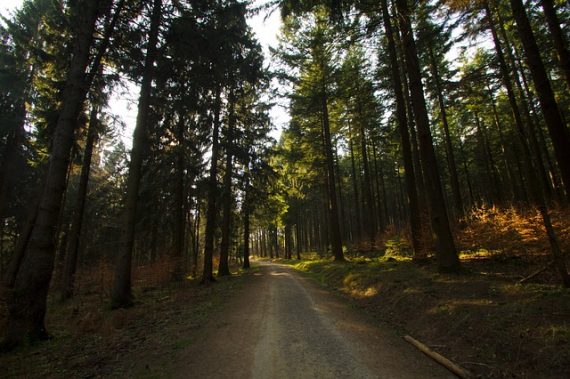 Since that fateful night, more than two dozen reports have been made of this strange and sinister creature – which can best be described as something akin to a spectral, ghostly Bigfoot. The first person to ever investigate the saga of the Man-Monkey was a 19th century writer named Charlotte Burne. She was a woman with a deep passion for, and an extensive knowledge of, Staffordshire history and legend. She quickly paid Ranton a visit. In doing so, she soon gained the confidence of the people of the village, and even spoke with the local police about the macabre mystery. It was the latter conversation that led to something notable. The village’s solitary police constable confided in Burne that sightings of the Man-Monkey had begun just three weeks earlier. Not only that, the encounters kicked off just two days after a local man drowned in the canal – and only around fifty feet from where the large bridge continues to stand to this very day, and barely a stone’s throw from the darkness where the Man-Monkey first emerged. It's intriguing to note that, at the time, there was a belief in the area that people who died in violent fashions were destined to return in the forms of monstrous beasts. More than a few of the village folk in the area believed such a scenario.