When Strange Creatures and Even Stranger Orbs of Mysterious Light Appear

Encounters with mysterious, glowing balls of light - ones that have the mystifying ability to change into the forms of strange and savage creatures - have been reported on more than a few occasions in Texas. A classic example is the large body of data that surrounds a certain huge area of forest in Texas. As someone who is proud to call the Dallas-Fort Worth area my home, I am all too well aware that many people think and assume that Texas is just one big desert. In reality, however, that’s far from the case. Yes, West Texas is extremely flat and filled with almost endless fields of cotton. And, it’s also true that South Texas has its fair share of harsh and scalding landscapes. However, Central, North, and East Texas are very different: they are dominated by thick forestland that extends for miles and miles…and miles. Indeed, a 2011 Forest Inventory and Analysis report prepared by the Texas Forest Service revealed that Texas’ woods ran to 62.4 million acres, and which cover almost forty percent of the state. And it’s to one particular area of dense woodland that we have to turn our attention to. Its name: the Big Thicket.

Located in the Piney Woods area of East Texas, the Big Thicket has a most apt moniker: it is a huge, 83,000-acre area of woodland. "Dense" barely begins to describe the massive, forested environment, which is home to numerous wild animals, including alligators and bobcats – as well as to other creatures of a very odd kind, as we’ll soon see. Running through the heart of the Big Thicket is a long, thin, and incredibly sandy old road called Bragg Road. That’s not what the locals call it, though. To them, it is known as Ghost Light Road. Or, just Ghost Road. There is a very good reason for this: for at least three centuries, people have reported seeing weird, small balls of light flitting through the trees late at night. But, we’re not talking about anything quite as down to earth as fireflies. These particular lights vary in size from – approximately – a tennis ball to a beach ball. They also exhibit evidence of intelligence: witnesses describe the lights approaching them, even circling them, in what is occasionally perceived as a playful fashion. Such is the interest that the lights provoke in the people that live there, and in visitors too, a historical marker has been erected at the start of Bragg Road and which details the strange story of the lights.

The late Rob Riggs was a well-known figure in the Bigfoot research field and someone who spent a significant portion of his life living in the Big Thicket area. Riggs collected numerous reports of the mysterious ghost lights, dating back to the 1800s. But, Riggs did far more than that: he also catalogued an astonishing number of reports of what seemed to be Bigfoot and large, black leopards. I say "seemed to be" for a very good reason. While most people who have reported seeing large black cats, and who have had hairy wild-man type encounters in the Big Thicket, the vast majority are content to conclude they encountered animals of the type that very few ever get to encounter. But, not all of them. A small body of individuals have sworn that the large cats and the hairy humanoids – when spotted by the astonished and sometimes terrified onlookers – vanished before their eyes. We’re not talking about them making hasty getaways into the woods. Rather, we are talking about the "animals" – in an instant – changing form from big cat and Bigfoot to a small, brightly-lit globe of light. The ghost lights that have been staple parts of the area for centuries, of course. 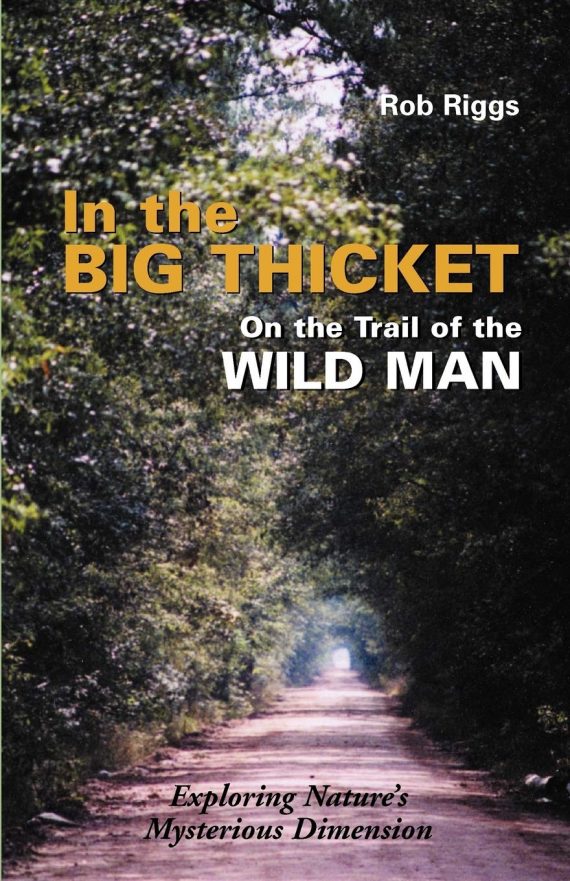