Wind Speeds are Getting Stronger in Jupiter’s Great Red Spot

Jupiter’s Great Red Spot has always been a mysterious feature and now it’s getting even stranger with stronger winds. NASA’s Hubble Space Telescope collected the data regarding the discovery of the accelerating wind speeds.

Jupiter’s massive storm, which is known as the Great Red Spot, is located in the southern hemisphere of the planet. It was first spotted in 1831 by amateur astronomer Samuel Heinrich Schwabe; however, it could be much older than that. The crimson-colored clouds of the storm rotate in a counter-clockwise direction with speeds that are more powerful than 400 miles per hour (644 kilometers per hour). It has been shrinking in size and turning into a more circular shape rather than an oval. It has a diameter of about 10,000 miles (a little over 16,000 kilometers) which means that Earth could still fit inside of the storm. 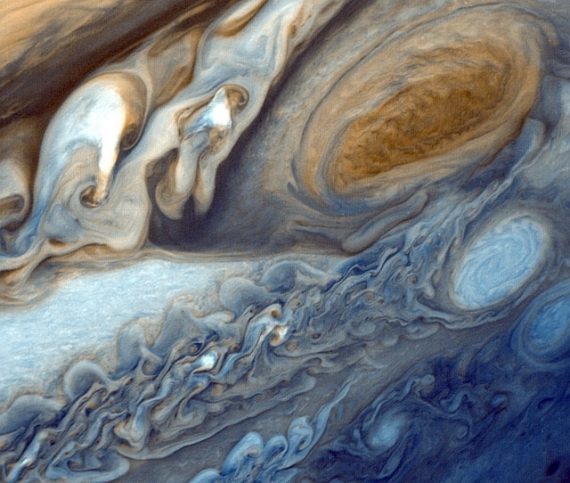 By studying Hubble’s “storm reports”, researchers noticed that the wind speed just inside of the storm’s boundaries (this area is called the high-speed ring) accelerated as much as 8% from 2009 to 2020. On the other hand, the wind speeds close to the center of the storm are actually slower.

More specifically, Hubble detected that the wind speeds changed less than 1.6 miles per hour (2.6 kilometers per hour) each year as explained by Amy Simon from NASA's Goddard Space Flight Center in Greenbelt, Maryland, “We're talking about such a small change that if you didn’t have eleven years of Hubble data, we wouldn't know it happened.” “With Hubble we have the precision we need to spot a trend.”

Michael Wong, who is from the University of California, Berkeley, and who led the analysis, noted, “We find that the average wind speed in the Great Red Spot has been slightly increasing over the past decade,” adding, “We have one example where our analysis of the two-dimensional wind map found abrupt changes in 2017 when there was a major convective storm nearby.” 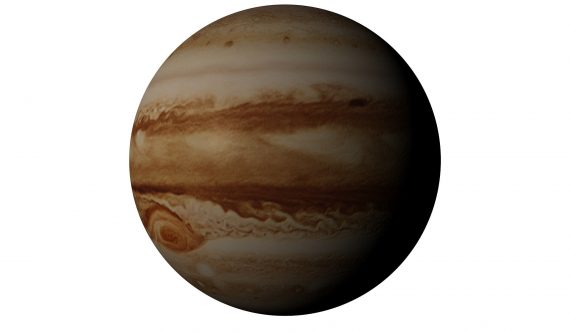 While it’s very interesting that the wind speeds have picked up, experts are uncertain as to what it means for the storm’s future as Wong stated, “That's hard to diagnose, since Hubble can't see the bottom of the storm very well. Anything below the cloud tops is invisible in the data.” “But it's an interesting piece of data that can help us understand what's fueling the Great Red Spot and how it's maintaining energy.”

For now, Jupiter’s Great Red Spot is continuing to amaze and baffle experts at the same time. A video and images of the wind changes in the Gas Giant’s massive storm can be seen here.