In 1908, a small asteroid exploded in the atmosphere over the Tunguska River in Russia, devastating a 1200-square-mile area. In 1978, Slovak astronomer Ľubor Kresák proposed that the asteroid was a fragment of Comet Encke, a periodic comet that orbits the Sun every 3.3 years and is part of the group responsible for the annual Beta Taurids meteor shower. Another astronomer recently discovered 88 asteroids and meteoroids in that Beta Taurids complex with a common and very unusual characteristic – they are all aligned with Comet Encke. That astronomer has connected the new asteroids and Comet Encke like dots and come to a shocking conclusion about their origin, the Tunguska event and what may be coming. Here’s a hint: his new book is called “The Next Asteroid Impact: Survival Manual.” 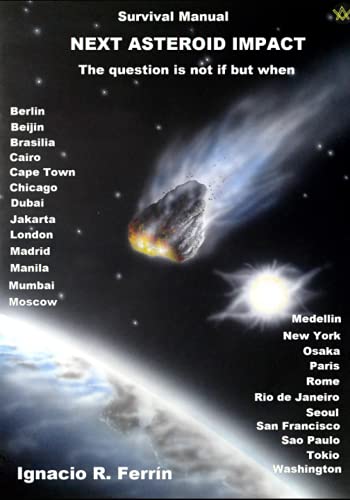 “Using the Secular Light Curve (SLC) formalism, we have catalogued 88 probable members of the Taurid Complex (TC). 51 of them have useful SLCs and 34 of these (67%) exhibit cometary activity.”

In a study published in the journal Planetary and Space Science, Ignacio Ferrin, an astronomer at the University of Antioquia in Colombia, details the conclusions he and co-author Vincenzo Orofino of Italy’s University of Salento drew after discovering 88 space rocks in the Taurid complex. Their signatures show cometary activity, which indicates they were likely part of a giant comet that exploded not long ago. Because they’re lined up with it, they thought the rocks might be part of Comet Encke, but 88 is too many for that idea, so they concluded Encke was part of them, and together they were the result of a cometary explosion – a recent one. Ferrin and Orofino did not have to look far for a big event that could have been a sign of the explosion.

“This high percentage of active asteroids gives support to the hypothesis of a catastrophe that took place during the Upper Paleolithic, when a large short-period comet, arriving in the inner Solar System from the Kuiper Belt, experienced, starting from 20 thousand years ago, a series of fragmentations that produced the present 2P/Encke comet, together with a large number of other members of the TC.”

Astronomy.com reports Ferrin and Orofino concluded that a 62-mile-wide comet from the Kuiper Belt entered the inner solar system, exploded and the fragments became Comet Encke, the Taurid meteor stream, and the rest of the tiny rocks, debris and dust traveling with it. What’s more, they seem convinced this happened 20,000 years ago when Earth was bombarded by space rocks that may have caused the global climate cooling at the start of a near-glacial period called the Younger Dryas, as well as possibly causing the extinction of the prehistoric Clovis culture in the Americas and early hunter-gatherer community in modern-day Syria.

That leads us to Ferrin’s new book, “The Next Asteroid Impact: Survival Manual.” He predicts more asteroid-caused events like Tunguska and the Younger Dryas … soon.

“In fact, I put myself in the path of the asteroid and ask the question: What should I do to survive? Chapter 11 and 12 are dedicated to asteroid 99942 Apophis. This object is going to have a close approach to Earth on Friday 13, April 2029. We give an ephemeris of the best places to observe it with the naked eye. It is going to pass at only 6 Earth radii. And finally, Chapter 13 provides a Table of returns, critical dates, and predictions. Our planet is going to pass through several zones of enhanced hazard starting with the next decade, 2030.”

Ferrin is also worried about the annual Beta Taurid showers. Even small asteroids are dangerous when directly impacting Earth, but he sees the Taurid complex having many more objects 60 to 90 meters in diameter – the size of the Tunguska object. In other words:

“What we see today of the TC are the remnants of a very varied and numerous complex of objects, characterized by an intense past of collisions with the Earth which may continue to represent a danger for our planet.”

Sounds like we’re going to need a bigger book.

Sinister Paranormal Entities and a Mass Haunting in England