A Mysterious Murder and a Haunted Hotel Room

Sitting in in downtown San Antonio, Texas, USA, is the historic Gunter Hotel. Opened on November 20, 1909, it was financed by local rancher and real estate developer Jot Gunter, along with a group of investors, and it was envisioned as being a grand pillar for the fast-growing city. Indeed, it certainly was a palatial sight, designed by the renowned St. Louis architect John Mauran and at the time the eight-story, 301-room hotel was the largest building in San Antonio, eventually further expanded in 1924. It featured all manner of facilities, including a café, barbershop, a restaurant, lounge, meeting facilities, exhibition rooms, tennis courts, an observatory, and even a petting zoo and subterranean jail. Before long it was a beacon for rich businessmen and other influential people, driving further growth for the prosperous city and becoming a vital part of San Antonio’s burgeoning business center. Over the years its cellar would also serve as a speakeasy during Prohibition, and although it would fall into disrepair in the mid-1900s, it would eventually be restored, and now sits on the National Register of Historic Places. Over the years it has attracted celebrities and VIPs, including actors, writers, and even Presidents Franklin Roosevelt and Harry Truman. The hotel also has a hidden dark history and is intensely haunted, indeed considered to be one of the most haunted places in San Antonio.

The haunting at the Gunter Hotel is mostly focused on Room 636, which has a dark history permeating it involving a spooky unsolved murder. On February 6, 1965, a blonde man in his late 20’s came into the hotel to book a room for several nights, signing in under the name “Albert Knox.” He was given Room 636, and over the next few days he was frequently seen coming to and leaving the room with a beautiful tall, blonde woman, who was always dressed in elegant, expensive outfits. At the time this wasn’t particularly strange, as lots of customers at the Gunter Hotel were rich and had trophy wives or mistresses, but things were about to take a dark turn.

On the morning of February 8, one of the hotel maids let herself into the room, despite the fact that the “Do Not Disturb” sign was hanging on the door. She would soon regret her decision to ignore the sign, as she found Mr. Knox standing in the bedroom next to the bed, which was absolutely covered in blood. The man then apparently gave her the sign to be quiet by putting his index finger to his lips, and then bolted right past her out of the room while holding a large bloody bundle of sheets. The maid didn’t stick around to see what sorts of horrors were lurking in that dim room, and quickly went off to tell the hotel manager, who would then notify authorities.

When the police arrived, they were met with a rather grim and macabre sight like something out of a horror film. The bedroom was absolutely splattered with blood everywhere, on the floor, the walls, and furniture, and the bathroom was also found to have scattered bits of human remains on the floor, in the tub, and clogging up the toilet. Also in the bedroom were empty bottles of wine, olives, and cheese, blonde hairs, nylon hose, and women’s underclothing, as well as a .22 caliber bullet lodged in the wall, which was strange since no hotel guests had reported a gunshot. It seemed as though the woman had been killed in the bedroom and then butchered in the bathroom to take the pieces back to the bedroom, which looked to have taken many trips because there were bloody footprints going back and forth between them. He had then flushed some down the toilet and then wrapped the rest in those sheets to run off. Since it had taken nearly 40 minutes for the police to be notified and for them to arrive, the killer could have been anywhere at that point, and gotten rid of the body. Further confounding efforts to find the killer, the name on the register, “Albert Knox,” turned out to be an alias, leaving the police with little to go on. 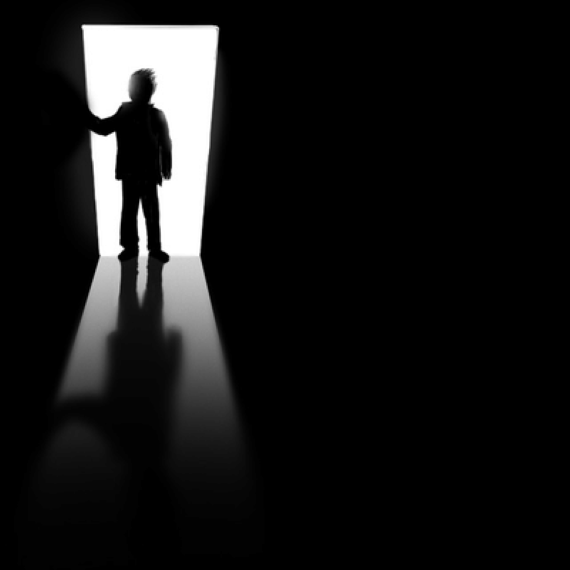 They would eventually track down a suspect, a 37-year-old unemployed accountant named Walter Emerick, who had raised suspicion at the St. Anthony Hotel, just blocks away from The Gunter, when he refused to let maids come in to clean his room. Police took this as a possible lead, but when they went to the room to question Emerick, who had checked in under another alias, this time the name “Robert Ashley,” they heard a shot from within. Emerick had taken his own life. When fingerprints were checked, it was found that they matched those of the killer at The Gunter, and a bloody t-shirt was found in the room, but the murder weapon and the body of the dead blonde woman from room 636 were nowhere to be seen, and indeed the body would never be found at all, despite a massive search. Making it even stranger is that the victim has also never been identified, and no missing reports were ever filed for her, making her a bit of a ghost. She also seems to have become quite the literal ghost in the following years, as she has supposedly relentlessly haunted the room ever since.

Ever since the unsolved murder, Room 636 has been besieged with all manner of paranormal activity, including moving objects, lights turning on and off by themselves, and the bathtub and sink also turning on and off. Guests have reported coming back to find their room completely in disarray as if it had been ransacked, or of being mysteriously locked out of or in their rooms, with keys not working and the lock unable to be undone. Spookier phenomena are the sounds of banging and hammering in the walls, the voice of a woman whispering in the ear, and sheets ripped off of the bed. The apparition of a tall blonde woman has also been seen in the room, often appearing in the shadows, or creepily in the mirror, often with arms outstretched. Some have claimed she will also appear in photographs taken in the room. The entity especially seems to dislike men, and will focus much of her activity on them. Not only guests, but also housekeeping staff have had paranormal experiences in the room, and it has at times been so intense that maids have quit not long after being hired. In modern times, the room has been split into two separate rooms, and the activity continues in both. Is this woman being tethered here after death, perhaps due to the violence of her crime? Or is this all spooky urban legend orbiting a real unsolved crime? It is hard to say for sure, but still incredibly weird, no matter what the truth is.