It is no big secret that the Nazis were heavily into experimentation on unwilling human beings of all ages, including women and children. These experiments ran the range, including biological and chemical weapons tests, tests of various poisons, studies on the extremes that the human body can endure such as freezing and boiling water, the effects of weapons on the body, twin experiments, the effects of different diseases on the human body, and countless medical experiments of all types. Most of these projects had mixed results and were of questionable goals, yet all of them were truly ruthless and demonstrative of a profound and disturbing lack of respect for human life, perhaps fitting since the Nazis did not regard their prisoners as really human at all. These experiments usually left the subject injured, deformed, disabled, or dead, but one secret experiment that allegedly was carried out had the opposite aim, and that was to find a way for a person to achieve immortality.

Even before the purported immortality experiments, it is important to remember that the Nazis had done a lot of experimentation into making the human body better and creating super soldiers. One program developed with the intent of creating super soldiers with enhanced physical capabilities and without fear or limits for use in the battlefield involved the use of an experimental drug called D-IX, which consisted of a wild cocktail of cocaine, a potent stimulant known as pervitine, and a powerful painkiller called eucodal. Basically it was super speed rolled up with strong painkillers. It was believed that D-IX would significantly increase focus, concentration, fearlessness, heroism, and self-confidence, as well as boost stamina and strength, negate pain, and reduce hunger, thirst, and the need for sleep. It was first tested on prisoners at Sachsenhausen concentration camp and showed such promising results that it was soon administered to military volunteers. Soldiers were given the capsules and then forced to take long treks over harsh terrain with fully loaded packs, and indeed D-IX showed a dramatic increase in stamina and attention span in the test subjects, allowing them to march nonstop for up to 80 miles before collapsing, although it did lead them to become hopelessly addicted to the drug. Nevertheless, D-IX was considered a resounding success and officially used in the field to a limited degree starting from March 16th, 1944, with only the Allied victory preventing it from being truly mass produced and squashing the ultimate plan to supply the super drug to the entire Nazi military force.

Yet, for some within the regime, a higher goal was to make sure their soldiers just couldn’t die at all, and this is where things get weird. In 1999, some crates of old Nazi documents were allegedly uncovered in Hamburg that contained some rather strange experiments that are sort of a hybrid between science and the occult. The whole concept rests upon the idea that our bodies only die because our brains tell them to, that the brain has ultimate control over all biological processes, including death, and that it puts us on a sort of timer that counts down to our demise. The idea here was that if we could somehow remove that timer, the body would continue to function indefinitely, and that even aging could be stopped. For this alleged project, the mind was kind of like a disease, with what was called a “Universal Kill Switch” that tells the body to start breaking down at a certain age and to eventually die, so the goal was to turn this kill switch off. If that was done, then the theory was that aging and degradation of biological processes would stop, and effectively render one immortal.

The story here goes that in 1942, German scientists went about seriously researching this, choosing a location outside of Germany, which ended up being their ally Japan. There the research team apparently commandeered an orphanage outside of Hiroshima for their experiments, which was not particularly new for the Nazis because children were just as good as subjects as anyone else. In this case, children were considered perfect subjects, because it was thought that their kill switch had not been activated yet and the mechanism for this could better be studied. The study apparently started by dissecting the brains of both adults and children in order to compare them and try to find the elusive Universal Kill Switch they sought, eventually claiming they had found it in the cerebellum, the part that controls all sub-conscious activity in the brain. So far so good, but it gets weirder.

After this, German scientists began a series of surgeries on children trying to remove the portion that they believed contained the kill switch, but at first this resulted in the death of several subjects, the bodies which were unceremoniously dumped out in shallow graves in the woods. Since these were orphans, no one would miss them and they would just remain nameless nobodies, their disappearances unnoticed. The scientists would continue to tinker with their methods, and on one occasion they allegedly successfully removed the kill switch from a young girl. She would go into a coma not long after, but then miraculously revive, the only side effect to the process being that she apparently lost the ability to sweat. She also would go into a death-like coma every evening, her bodily functions ceasing and the heart stopping, only to snap back to life in the morning. It was unsettling, but manageable, with the procedure deemed a success. 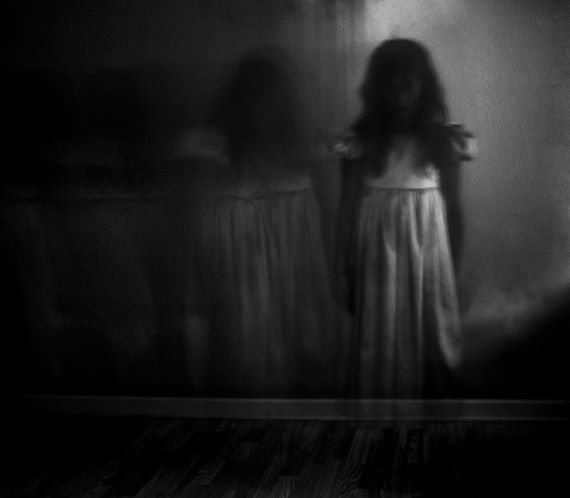 The research team continued their surgeries, finding more success with subsequent subjects, but just as many failures, with children being inadvertently lobotomized, permanently injured, or killed during the procedures. In the meanwhile, the Nazis played around with the idea that a chemical compound could be used to deactivate the kill switch in adults, and this was supposedly successfully carried out on some of the caretakers at the orphanage. As all of this was going on, the story goes that the children who had successfully undergone the procedure began displaying very bizarre behavior, and one journal entry of one of the scientists supposedly says of this:

They appear normal at first, just like any of the other children, playing cheering, learning normally, but when separated from the others, they seem… off. They stroll carelessly around, with a blank smile on their face, their eyes looking straight at you. If approached from behind, their heads snap around with ungodly speed and for a moment, you can almost see an expression so vile on their face that it makes you want to cower. But then you realize they are just forming their dreamy smile again. Another thing is that they follow us, but only when we are on our own. After finishing on my typewriter and heading to my room, I am often given a fright by one of the children standing several meters down the dark hallway, staring at me. When I go off to my room, she follows me, and I shut my door, jam a chair behind it, and then I sleep safely. It feels like they’re ghosts at night time.

Upon talking to them, I’ve noticed they seem more dreamy, forgetful and somewhat blank, as if the experiments wiped their memories as well. But it’s not an innocent type of dreamy, rather something more sinister. They stare at you with wide eyes, and ask you questions you never thought they would know. One asked, “When your grandmother died, did she really leave you a gold-plated watch?” It may seem crazy, but my honest answer was… “Yes.”

Apparently, when Germany lost the war, these experiments were halted and the orphanage abandoned. The lore on this all says that the children were left to fend for themselves, and that since they had been made immortal, they never grew old and never died, haunting the abandoned weed-choked orphanage to this day. The story has turned into a bit of an urban legend in the area, saying that if one is to go there and see the children, they will be asked to play a Japanese children’s game called “Kagome Kagome,” in which one blindfolded player, the oni, or “devil,” is surrounded by the other players in a circle with their hands joined. The circle of players then moves around the oni creepily chanting “Kagome Kagome” and when they stop the oni has to name who is standing behind them. In the case of these spooky immortal children, if you lose this game, then they kill you and bury your body in the woods, and there have supposedly been people who have gone out to look at the orphanage only to never return.

Creepy, to be sure, and one wonders just what truth any of this holds. It all has the air of urban language, or some sort of creepypasta, but here the lines get blurry. It seems the Germans were certainly pursuing all manner of secret projects at the time, and that this abandoned orphanage truly does exist. Perhaps what we are looking at here is a persistent urban legend that has sprouted out of the mysteries of war, some elements rooted in certain facts, but it is hard to say. Is this all just a creepy urban legend or is there something more to this? Whatever the case may be, it all serves to show that the Nazis have built up quite a lot of lore around them, and it is all quite spooky no matter what the ultimate answer is.