One very strange corner of the world of the paranormal has to do with what are called "time slips." These are those instances in which people, for reasons we can't even begin to fathom, seem to cross over some barrier in time and space to find themselves temporarily transported to another era. Such cases can be very real to those who experience them, with the scenery. clothing of those they encounter, and everything else all bringing them back to another niche in time and space, to long ago forgotten ages. Such cases are many, but some stand out amongst them, and one of these is a time when a group of people went on a casual road trip, and to stay at a phantom hotel that seemingly did not exist, at least not in their own time.

In October of 1979, two couples by the names of Len and Cynthia Gisby and Geoff and Pauline Simpson headed out from their homes in Dover, England, and took a ferry to France, planning to spend two fun weeks driving through the rural countryside of France, and then on through northern Spain on a relaxing road trip. Along the way, they would stay at small rustic hotels and inns along their route, all while taking in the beautiful countryside, and when they arrived in France and headed out, they were all in good spirits. At the time it was a sort of dream vacation for them, but they had no idea that it was to be a trip that would seemingly take them through the very fabric of time and space. 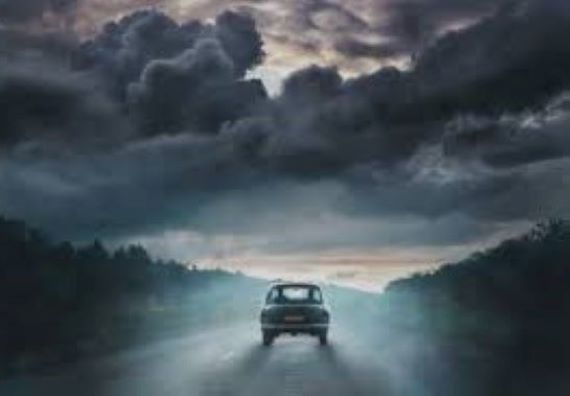 After their first day of driving around the countryside, they came across a motel along a road in the area of Montelimar, France, and decided to stay there for the night, as it looked pretty upscale and spacious for such a rural area. When they entered they were greeted by a man dressed in an unusual looking plum-colored uniform, who told them that there were no vacancies, much to their disappointment. However, he did add that there was a smaller hotel nearby off along a side road that usually had vacancies as it was so out of the way. The travelers thanked him and soon found the road they had been told about, but right away things seemed a bit off. The road itself was very narrow and also cobbled and uneven, and they passed several very old-fashioned looking and seemingly abandoned houses and some weathered posters put up along the way that appeared to be advertising a circus, and which looked very old and vintage. The road was a bit weird and eerily devoid of traffic or any life at all, but at the time they were so excited on their adventure that they just thought it was a local quirk and continued on their way.

Finally, they came to two old-fashioned buildings, one a police station and another the hotel they were looking for, so they parked the car and got out. The two-story hotel was very unusual in that it was of an old architectural style, and stepping inside they very much had the feeling that they were stepping back into another time. The interior was all heavy wood, and the furniture and general design of the place had a very anachronistic feel to it all. There were also no elevators, no telephones in sight, and the manager who came to greet them was wearing an old-fashioned hotel uniform not quite like anything any of them had seen before. It almost seemed like they were on a movie set for a film set in the early 1900s rather than a hotel one would expect to find in 1979, giving them a sort of unsettling feeling that something wasn’t quite right, but they nevertheless asked the manager for a room for the night. It was soon clear that he spoke no English at all, and since they also spoke no French they used gestures to manage to get a room, where the creeping sense of strangeness would continue.

The rooms were just as old looking and vintage as everything else about the place. The windows had no glass or curtains, and were simply covered with wooden shutters, there was no telephone, the beds had odd heavy sheets and bolsters instead of pillows, and the locks on the doors were simple wooden latches. The sparse furniture was also very vintage and anachronistic, looking more like antiques than something they were actually expected to use. They also found that they had to share a single bathroom, and that the bathtub and toilet had very primitive plumbing. They were all starting to think that this was perhaps a novelty theme hotel made up to look like a hotel from the early 20th century. Although this was all a bit strange, it was still charming in its own way, and so they went down for a dinner of eggs, steak and potatoes, and beer, before heading to their rooms for the night. 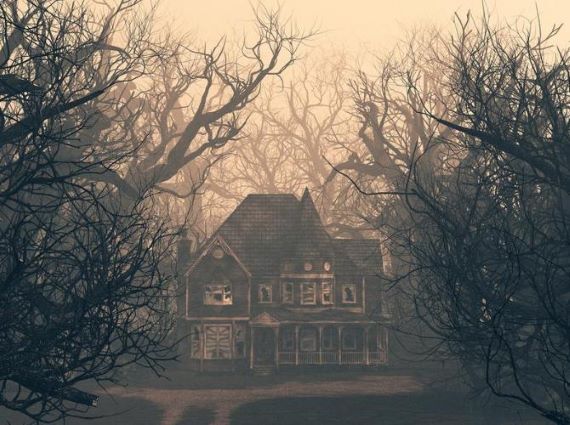 The following morning, they went downstairs to have breakfast in the dining area, where their odd stay would continue. As they sat dining, they noticed some strange characters enter who all looked as out of time as the establishment itself. There was a woman in a flowing silk gown with a small dog under her arm who sat down near them. She looked so striking and out of place that Pauline would later say of her, “It was strange. It looked like she had just come in from a ball but it was seven in the morning. I couldn't take my eyes off her." Shortly after the arrival of the woman in silk, two men marched in dressed in deep blue uniforms with capes and large, peaked hats, who were obviously gendarmes, but not like any gendarme that any of them had seen before. The couples could barely concentrate on their meal as they stared on in fascination at these unusual and unique people.

After breakfast, they took some pictures of each other near the old-fashioned wooden shutters in their rooms and went to go pay their bill, which came to a grand total of 19 francs, which was about $3 in 1979 dollars. Thinking there must have been a mistake, they did their best to explain that there were four of them and that they had eaten two meals, but the extremely low price didn’t seem to be unusual for the hotel staff, so they paid in cash and went out to their car in bewilderment. Before leaving, they asked the gendarmes about the best way to take the autoroute to Avignon and the Spanish border, but the men did not understand the word “autoroute.” They still managed to get some directions, but these only seemed to get them lost, sending them on a meandering route through more narrow cobbled streets. After checking their own map, they managed to get back to the highway and headed towards the Spanish border, chatting about their bizarre night at that strange, quirky little hotel.

The next two weeks of their trip went on without incident, and on the way back they decided that just for fun they would spend their last night at that weird old-fashioned hotel again. They went back along the same route they had come from, passed the large motel that they had not been able to get a room at, and also found the narrow little road that led to the old-fashioned hotel. They passed the old deserted buildings and the posters for the circus, so it was definitely the same road, yet when they got to where the police station and hotel were supposed to be there was absolutely nothing there. Several times they drove up and down the road, and even patrolled the main road in both directions just to be sure, but the quaint hotel they had stayed at was nowhere to be seen, as if it had just vanished into thin air. They even went to the larger motel to ask about where the place was, and were surprised that not only did no one working there know what they were talking about, but there was no man in a plum-colored uniform and they were told that no such man had ever worked there. 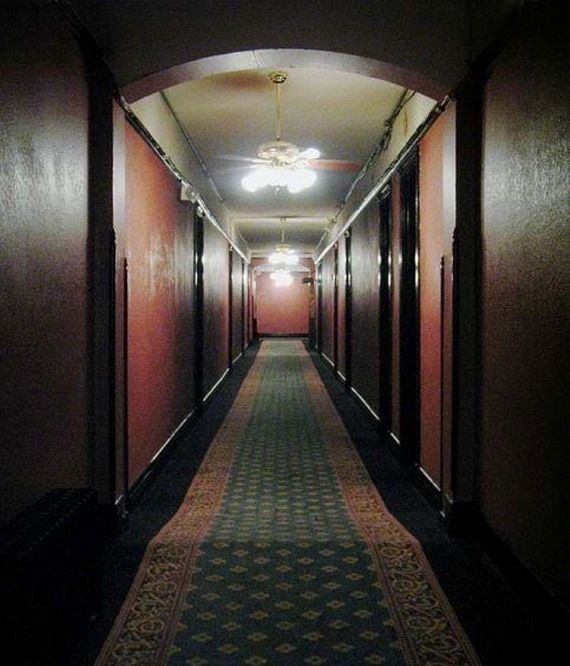 They eventually gave up looking and headed back to England perplexed. Making it all even stranger was that when they got their photographs developed soon after returning home, all of the pictures they had taken at the hotel were gone as if they had never existed. What was going on here? They decided to keep it to themselves, and a little research into what they had seen showed them that the uniforms on the gendarmes they had seen were from the very early 1900s and used up until 1905. Over time, they told some of their friends about their bizarre story, and at some point it reached the press, letting it loose into the wild and turning them into minor celebrities overnight, bringing a lot of attention that they didn’t want. It all seemed very amazing, but there were of course skeptics. Paranormal investigator Jenny Randles looked into the case and found some points to be a bit suspicious about, such as that the hotel manager and others they had met there had apparently not been surprised or fazed by their futuristic vehicle and clothing, and that their 1979 currency, which would have looked completely different, had been accepted without a problem. Randles did not dismiss the case outright, but found these discrepancies to be curious.

For their part, all four witnesses always insisted that it was all true, but with no real evidence, in the end we are left with merely a very curious tale with no way to prove true or false. What did these people encounter out there in the French countryside? Is this just a tall tale? Are they all lying about it? Or did they perhaps fall through some thin spot in space and time, to travel beyond our understanding into another era? There is no way to be sure, and at the very least it is all a pretty wild and weird tale.

Bigfoot: The Wildest and Weirdest Sides of the Sasquatch Monsters