Bigfoot: From Multi-Dimensions to Worm-Holes and the Mystery of Mothman

The vast majority of Bigfoot researchers subscribe to the viewpoint that Bigfoot is nothing stranger than a giant ape that science and zoology have yet to conclusively classify. There is, however, a small body of data that suggests Bigfoot is something far stranger than just a regular ape. Peppered throughout Bigfoot lore and history are stories of the beasts vanishing in flashes of light, of them fading away into nothingness, and of them becoming invisible to the human eye. This has given rise to an intriguing theory: that Bigfoot has the ability to traverse multi-dimensions. In other words, while the creatures may be comprised of flesh and blood, their overwhelming elusiveness may be due to the fact that they are only temporary visitors to our realm of existence. A perfect example has been recorded by Jack Lapseritis, author of The Psychic Sasquatch. He tells the story of a group of people that had an amazing encounter with a Bigfoot. The story came from a Mrs. Jeffery, and whose story Lapseritis summarizes as follows: 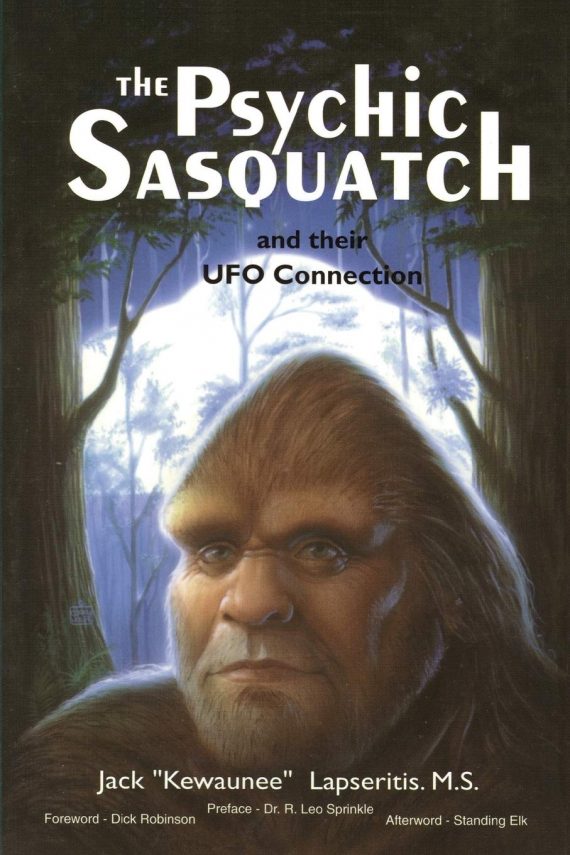 "After returning from a long hike, the group was stunned when a nine-to-ten foot Sasquatch stepped out in front of them a short distance away.  Then, in the twinkling of an eye, the Bigfoot completely disappeared in front of the witnesses!  The witnesses insisted that it literally dematerialized!  Mrs. Jeffrey reported that she was so awed at what she saw, that when they returned home, she did not leave the house for two weeks.  The woman was in such a total state of shock that she did not return to the area for some time." Ronan Coghlan is the author of a number of acclaimed books, including A Dictionary of Cryptozoology and – with Gary Cunningham – The Mystery Animals of Ireland. In a 2012 interview with me, Coghlan provided his views on the nature of Bigfoot, and what he believes may be evidence of a link between the phenomenon and that of multi-dimensions. His words are primarily focused on Bigfoot in Britain, but they could quite easily apply to the creatures seen just about here, there, and everywhere.

"The idea that there is a viable, reproducing population of apes or humanoids in Britain is totally risible; it just couldn’t be. So, alternative explanations for their presence are to be sought," begins Coghlan. "A lot of the British reports seem to be quite authentic. So, there probably are actual beasts or humanoids out there. And the question is: How did they arrive there in the first place?" Coghlan answers his question with the following words of reply: "It’s now becoming acceptable in physics to say there are alternative universes." He continues on this controversial but thought-provoking path: "The main pioneer of this is Michio Kaku, of the City College of New York.  He has suggested that not only are there alternate universes, but when ours is about to go out in a couple of billion years, we might have the science to migrate to a more congenial one that isn’t going to go out. I think he expects science to keep improving for countless millennia, which is very optimistic of him, but whatever one thinks about that, the idea of alternative universes is now gaining an acceptance among physicists, and he’s the name to cite in this area."

The subject is far from one lacking in mysteries and questions, however, as Coghlan acknowledges: "Now, how do you get into, or out of, alternative universes? Well, the answer is quite simple: You have heard of worm-holes, I’m sure? No-one has ever seen a worm-hole, I hasten to add. They are hypothetical, but mainstream physicists say they could be there, and there’s one particular type called the Lorentzian Traversable Wormhole. Physicists admit there is a possibility that this exists, and it would be like a short-cut, from one universe to another. Thus, for example, it’s rather like a portal: Something from the other universe would come through it. Or, something from another planet could come through it." Turning his attentions towards the links between worm-holes and bizarre beasts, Coghlan comments that: “If there are any of these worm-holes on Earth, it would be quite easy for anything to come through, and it’s quite possible any number of anomalous creatures could find their way through from time to time. You remember John Keel and his window-areas? That would tend to indicate there’s a worm-hole in the vicinity; such as Point Pleasant, West Virginia, where the Mothman was seen."