Just a few days ago, the Financial Times revealed that China launched a hypersonic missile test in late August that allegedly circled the globe in low-Earth orbit before coming close to its intended target. China immediately denied it, saying it “was not a missile, it was a space vehicle.” Before the cable news shows could get riled up about what Jeffrey Lewis, a professor at the Middlebury Institute of International Studies at Monterey, described as an armed space shuttle, the Financial Times dropped another bombshell about this hypersonic bomb carrier – there was a second prior test in July.

“On July 27 the Chinese military launched a rocket that used a “fractional orbital bombardment” system to propel a nuclear-capable “hypersonic glide vehicle” around the earth for the first time, according to four people familiar with US intelligence assessments.”

Should we be concerned that China has twice tested a “fractional orbital bombardment” “hypersonic glide vehicle”? An unnamed person told The Financial Times that the first test stunned the Pentagon and US intelligence, while another said the two demonstrated a new weapons capability which the US does not currently possess – one that appears “to defy the laws of physics.” 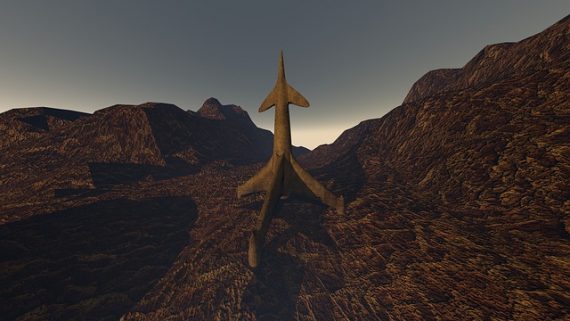 While the rest of the media is addressing this news as an indication of an “arms race,” let’s look at the potential of this “hypersonic glide vehicle” to be seen by unsuspecting witnesses worldwide as a UFO. Since it’s a glider, there’s no exhaust to be seen. It appears this is a one-orbit vehicle so one would have to be looking at the right spot to see it. There’s nothing so far on its gliding altitude, but it’s obviously high enough to not create a sonic boom as it passes over at five times the speed of sound – unless it is descending towards its target. Despite being a glider, it appears it can be controlled and it can change direction at that high speed. While that’s not as impressive as the maneuvers made by the ‘Tic Tac’ UAPs seen by U.S. military pilots, it could be what one source said was a sign of defying laws of physics. Finally, don’t forget that the U.S. Air Force has its own secret spacecraft – the X-37B space plane that has been in orbit for over 500 days multiple times. Even with the secrecy surrounding it, it has been spotted by amateur astronomers.

It looks like the chances of mistaking China’s “fractional orbital bombardment” “hypersonic glide vehicle” or whatever it is for a UFO are slim. As for it really is? Good luck getting a straight answer on that.

The Strange Disappearance and Death of Judy Smith