Conspiracies and a Mysterious UFO Crash in Greece

One of the more spectacular types of UFO accounts are of these objects coming down to crash on earth, and these have been reported from all over the world. The scene here is the small, picturesque town of Megas Platanos, a small village just outside of Athens, in central Greece. It is a serene, rural place, infused with history and mostly populated by goat and sheep herders and farmers, a place where not much ever really happens, but all of that would change in the very early morning hours of September 2, 1990, when at around 3 a.m. some of the villagers saw a strange scene playing out in the sky above. As these simple folk looked up, they saw between six and one dozen brightly lit objects sailing through the air silently, and these objects were seen to change course numerous times, first passing over Mount Pentelicus and heading north past the city of Thessaloniki, then sharply turning to go south. At some point, one of the objects began to wobble and fly erratically, with the color and intensity of its light changing as well, and things would only get weirder from there, turning into what many have called "The Greek Roswell."

The object in question seemed to be in some sort of trouble, steadily losing altitude and obviously not flying straight, until it suddenly dropped  down to smash into a small hill called Tympristo. There were apparently quite a few witnesses to this event. One shepherd claimed that it had come down just 500 feet away from him to spew fire, while another family called the Karadratus claimed to have seen the object hurtling toward the ground in flames, and they would say of it:

After falling, the object made black smoke, like that of burning tires. After a while, the other objects descended near the grounded craft and landed around it, as if encircling it. The lights of the other objects were so bright that they illuminated part of the hill. We were standing there, watching. My husband and I went closer for a better look. He could see movement in front of the burning object, like shadows that passed back and forth but we could not discern if they were human or something else. They did something in the bright circle that formed around the big object. 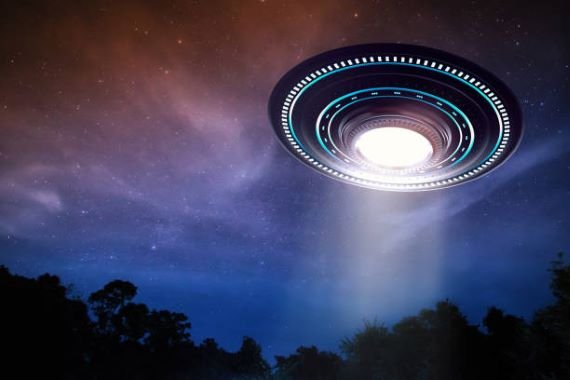 After the object had come down, many witnesses claim that the remaining objects in the sky hovered over the location for some time and began dipping down close to the ground and shooting back up again, as if they were rescuing their friends. Although only a few people had witnessed the actual crash, there were many more who had been awakened by a sound like and explosion and had come out to see these lights bobbing up and down above the site. Villagers were afraid to go anywhere near the site until the following day, when things would get even stranger still.

The following morning, some people warily made their way out to where the object had come down. Not only was there scorched earth and trees that were still hot to the touch, but there was allegedly an oval hole in the ground containing a small metallic object with two antennas on it, as well as what appeared to be an engraving of a shape that looked like a lightning bolt. There were also scattered pieces of metallic debris and wires, and before long police had been notified and arrived for an investigation. When they arrived, they were given some of the pieces that had been found, but they concluded that it had not been a plane crash, but rather just a brush fire, something which all present denied. The Greek Air Force also converged on the scene and were also quick to write it all off as nothing but a fire. The Air Force would whisk off some shards and the round object with the antenna, after which they would explain it away, saying of it all in their report:

We certify that the object in question burned grass and shrubs within a radius of 200 meters. The debris collected was as follows: Pieces of an 11cm diameter female plug made of copper and with Arabic numerals in its center. A series of copper multipin cables, connected to the aforementioned plug. The insulation of these cables was made of silk, such as cloth and teflon. A burnt rubber circular cover. A steel ring. Three 10cm steel bars each. At the bottom two regulators with the Greek letter F at their base. The debris found was of earthly origin, given that there were numerical and alphabetical indications. It was old technology, possible pieces of an old satellite. This conclusion was based on measurements, wiring and construction. The satellite must be from Europe or the former Soviet Union, as only in these parts of the world is the metric system in meters and centimeters. On the letter F, it is from the Soviet Union since that country uses this Greek letter in its Cyrillic alphabet and also has the technology for such a device. 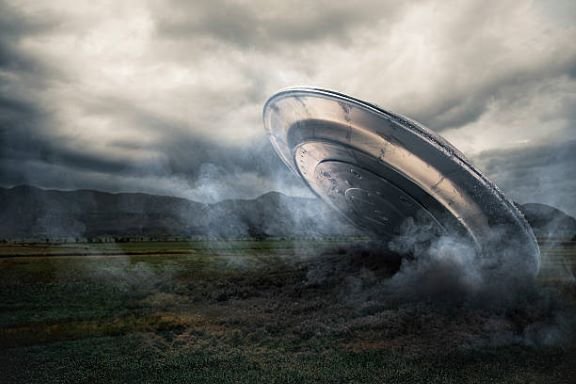 Witnesses were sure of what they had seen, and insisted it was no satellite that had come down, and that the other objects had hovered there over the crash site for some time on their “rescue operation,” and they also denied that there had been any Greek letter F on the wreckage. but for authorities the case was closed. They would say it was either a satellite, a jet, or a helicopter that had come down, but this seems odd because if that were the case then where was the rest? Another expert theorized that it had been a meteor, with the director of the Astronomical institute of the National Observatory of Athens stating:

These are not just extraterrestrials. At this time (September 1990) the orbit of the Earth passes near a flock of meteors, the so-called Persians. These meteorites, as they enter the Earth’s atmosphere at a height of about one hundred kilometers, due to their high speed, develop a high friction and ignite. So the world sees flashes. When it comes to meteors, they may be artificial satellites. As many pieces of the satellite are destroyed, they also ignite in the atmosphere. Finally, the phenomena may also be due to abnormal refractions or reflections in the atmosphere from lights on the earth. Even the lights of a range of cars can cause such a spectacular sight. Everything else is devoid of seriousness and is due to fantasy or group hysteria.

Again, the people who had seen it disputed this, and Greek UFO researchers were also skeptical of the official reports. Indeed, they suspected that these official remarks were false, and also found that the witnesses to the actual event had never even been properly interviewed. Curiously, the incident was also mostly absent from the press, with very little coverage on it, and most of what there was simply speaking of a downed satellite. Indeed, to this day it remains a mostly obscure case only known of through the testimonies of villagers in the area gleaned from intrepid Greek ufologists. What happened on that night out in the countryside of Greece, and what is the real story? It looks like we may never know for sure.