Astronomers have witnessed a white dwarf abruptly “switching on and off” in a first-of-its-kind discovery. The research team, which was led by Durham University, UK, made the observation by using NASA's Transiting Exoplanet Survey Satellite (TESS).

When a star burns off all of its hydrogen, what remains is a white dwarf that is typically the size of a planet such as Earth. The space material surrounding a white dwarf is what affects its brightness as when it feeds, it becomes brighter. And the one that the astronomers observed was feeding off of a companion star that is orbiting it (this process is also called accreting).

What they noticed was that it lost its brightness in a span of just 30 minutes. This process has only ever been witnessed occurring for numerous days to even months which means that this newest discovery was by far the quickest “switching on and off” of a white dwarf that has ever been observed.

This unique phenomenon was observed in the white dwarf binary system called TW Pictoris that is located approximately 1,400 light-years away from Earth.

Dr. Simone Scaringi from the Center for Extragalactic Astronomy at Durham University, UK, went into further details about this phenomenon, “The brightness variations seen in accreting white dwarfs are generally relatively slow, occurring on timescales of days to months.” “To see the brightness of TW Pictoris plummet in 30 minutes is in itself extraordinary as it has never been seen in other accreting white dwarfs and is totally unexpected from our understanding of how these systems are supposed to feed through the accretion disk. It appears to be switching on and off.”

She went on to explain, “This really is a previously unrecognized phenomenon and because we can draw comparisons with similar behavior in the much smaller neutron stars it could be an important step in helping us to better understand the process of how other accreting objects feed on the material that surrounds them and the important role of magnetic fields in this process.” 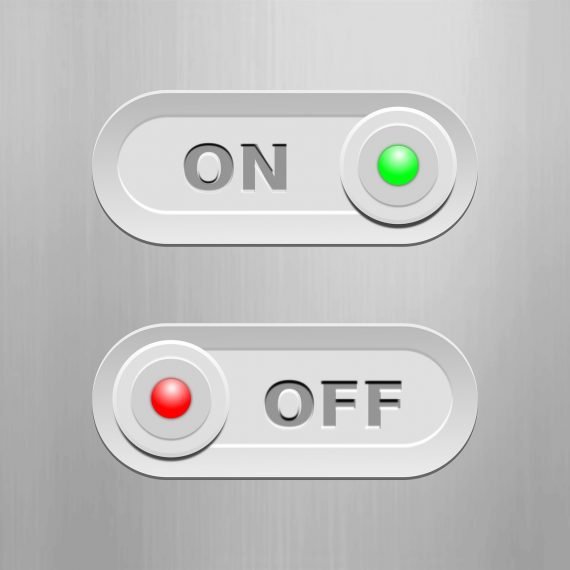 It is believed that the reasoning behind the white dwarf abruptly turning on and off has something to do with its surface magnetic field being reconfigured. When it is “switched on”, it appears bright and that’s when it feeds off of the accretion disk. But when it turns “off” and loses its brightness, its magnetic field is spinning so fast that a centrifugal barrier doesn’t allow the fuel of the accretion disk to come onto the white dwarf. Then the process suddenly turns back “on” and it is bright again.

The study was published in Nature Astronomy where it can be read in full.