Have You Seen Mysterious Lights in the Sky Recently? This Time, There Could Be an Explanation

For many recent nighttime observers in North America and Europe, strange glowing lights may have made an appearance in the evening skies.

Although they may have looked otherworldly in appearance, these phenomena were of the celestial variety, rather than indications of extraterrestrial visitation.

On Monday, a powerful geomagnetic storm was logged by the National Oceanic and Atmospheric Administration (NOAA), who predicted that resulting displays of the aurora borealis could have been visible as far south as New York, Wisconsin, and Washington.

Geomagnetic storms occur when Earth’s sun ejects energy in the form of highly charged particles that strike the magnetic field that encircles our planet. As the particles collide with our planet’s magnetic shielding, it creates the famous dancing auroral displays, which under the right conditions can be very colorful and vivid. 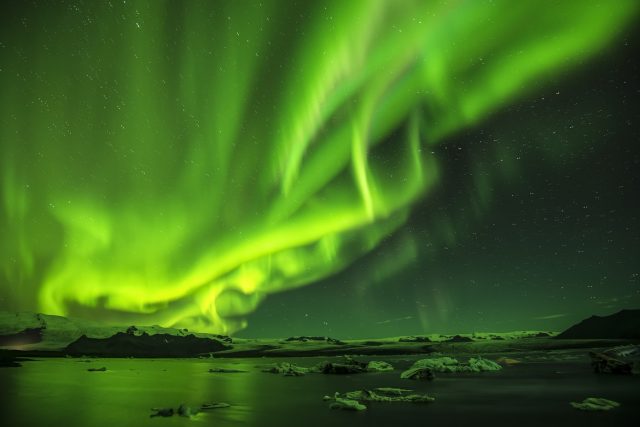 NOAA features an online aurora forecast that provides real-time updates on when and where auroral appearances will be visible to nighttime viewers in the northern hemisphere. Similarly, viewers further south may occasionally be able to spot the aurora australis, the southern counterpart to the aurora borealis, which can be seen from various locales in the southern hemisphere.

However, the aurora borealis probably wasn't the only thing causing the appearances of eerie lights in the night sky over parts of North America this week.

Many skywatchers in North Carolina were also made privy to a light show in recent days as a mysterious object was seen streaking through the sky shortly after 7:30 PM. Was it a UFO?

Probably not in this case, according to the American Meteor Society (AMS), who received videos of the nighttime intruder from North Carolinians who managed to film it, and said the object was a bright fireball.

The AMS says it was one of a handful of similar fireball sightings that occurred across North America last Friday night.

The meteor apparently cut through the atmosphere at a height of around 48 miles as it entered above Jacksonville, North Carolina. Observers estimate that it traveled at speeds nearing 32,000 miles per hour as it burned along. 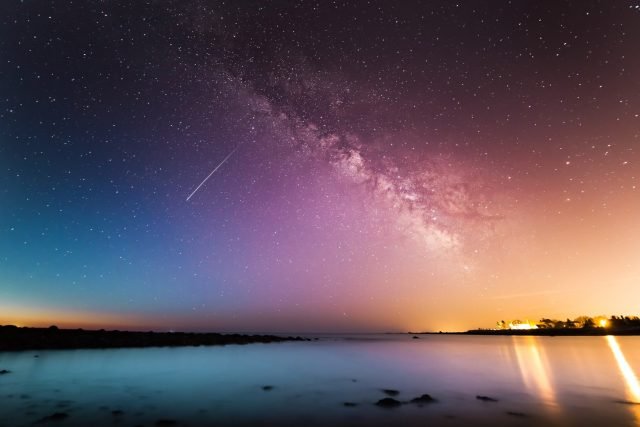 According to its outlook for the dates encompassing when the sighting occurred, the AMS said that the estimated total hourly meteor rate for observers had been near 2 for observers in northern latitudes, and 1 as seen from tropical southern locations.

"The actual rates will also depend on factors such as personal light and motion perception, local weather conditions, alertness, and experience in watching meteor activity," the AMS outlook read, adding that "Rates are reduced due to moonlight during this period," and that "observers viewing from urban areas will see less activity as only the brighter meteors will be visible from such locations."

Like auroras, the dynamics of meteors are well understood, although there have been a variety of anomalous occurrences associated with each of these phenomena, namely involving unusual sounds associated with the passage of bright fireballs through the sky. These noises that often accompany meteors have long baffled astronomers, because they cannot easily be reconciled as being produced by the objects burning through the sky since observers often report them simultaneously, as opposed to several seconds (or even minutes) later, allowing time for such sounds to travel.

While some phenomena associated with meteors does obviously remain mysterious, recent sightings of unusual things in the night sky over the Northern Hemisphere do seem to have a reasonable explanation, this time.