A giant owl that hasn’t been seen in 150 years has recently been photographed in Ghana. Named Shelley’s Eagle-Owl, it was witnessed by Dr. Joseph Tobias from the Department of Life Sciences (Silwood Park) at Imperial College London and leader of a UK-government funded field project studying biological impacts of agricultural development in Africa, as well as Dr. Robert Williams who is a freelance ecologist from Somerset.

This was a fascinating sighting as the species was initially described in 1872 and hasn’t been seen in Ghana since the 1870s. While several people over the years have claimed to have seen and heard Shelley’s Eagle-Owl in different areas across West and Central Africa (from Liberia to Angola), none of them have been confirmed and anyone able to get definitive proof of the species has been described as being like finding the Holy Grail for bird watchers.

But on October 16th, doctors Joseph Tobias and Robert Williams made that “Holy Grail” discovery when they spotted the owl in Ghana’s Atewa Forest. “It was so large, at first we thought it was an eagle,” Dr. Tobias explained, adding, “Luckily it perched on a low branch and when we lifted our binoculars our jaws dropped. There is no other owl in Africa’s rainforests that big.”

While they were only able to watch it for about 10 to 15 seconds, they did manage to take some pictures of it that confirmed what they saw was in fact Shelley’s Eagle-Owl based on its large size, yellow beak, and black eyes. These features confirmed that it wasn’t any other African forest owl species.

It’s hard to believe that such a large bird remained pretty much hidden for 150 years as noted by Dr. Nathaniel Annorbah from the University of Environment and Sustainable Development, Ghana, “This is a sensational discovery. We’ve been searching for this mysterious bird for years in the western lowlands, so to find it here in ridgetop forests of Eastern Region is a huge surprise.” 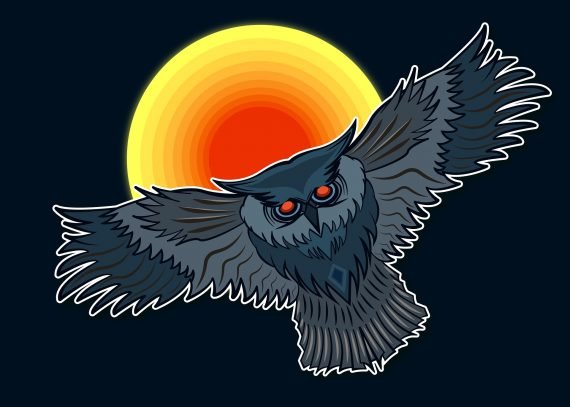 It is estimated that there are currently a few thousand of these owls that really need protection. “We hope this sighting draws attention to Atewa forest and its importance for conserving local biodiversity. Hopefully, the discovery of such a rare and magnificent owl will boost these efforts to save one of the last wild forests in Ghana,” Dr. Williams stated.

One of the photos of Shelley’s Eagle-Owl can be seen here.