Researchers have claimed that Mars was hit by catastrophic floods more often than previously estimated. These massive floods overflowed Martian lakes and could have possibly created many of the valleys on the Red Planet.

It has been previously reported that overflowing water from more than 200 lakes may have potentially created canyons and helped shape the surface of the planet between 3.7 and 3.5 billion years ago. However, new research has suggested that since there are so many craters on Mars, perhaps there were many more massive floods than previously thought.

In an interview with Space.com, Timothy Goudge, who is a planetary scientist at the University of Texas at Austin and the lead author of the study, went into further details, “The surface of Mars is covered in impact craters that act as perfect basins to pond and store water in.” He and his colleagues focused primarily on valley networks that formed when there was the most river activity on Mars. They analyzed valleys that were connected to lake basins with a specific focus on canyons that had floors that were higher up than those of lake basins and were probably created when the lakes overflowed with water. 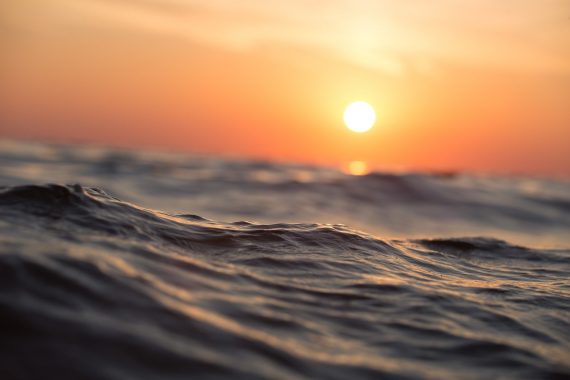 The researchers then calculated that the overflowed lakes would have carved out about 13,675 cubic miles (57,000 cubic kilometers) of volume – approximately 24% of the valley volume on the Red Planet. To put this into better perspective, that is over ten times the volume of Lake Michigan.

Furthermore, the valley systems that were created by overflowing crater lakes only make up 3% of the valley lengths that were formed by water. They are, however, significantly deeper than the other river valleys. While crater flood valleys have a median depth of 170.5 meters (559 feet), the median depth of the gradual valleys measure 77.5 meters (254 feet).

This research will certainly help experts in determining how the surface of Mars changed throughout the years as Goudge stated, “For example, since the catastrophically formed lake outlet canyons are so much deeper, they would have influenced the longer-lived river valleys on the surrounding terrain, with the former acting as new conduits for the flow of water,” adding, “This is just one example of why catastrophic lake-breach flooding really needs to be considered more consistently as we look to understand the evolution of Martian river valleys.”

As for what comes next, Goudge and his colleagues hope to find out even more information regarding these massive floods such as the time frame in which they occurred, “For example, when we say these canyons were rapidly carved, we often get asked, ‘How fast is rapid?’” “For this present study, all we can say is that it was geologically rapidly, where the difference between three days and three months or even three years is essentially negligible compared to tens or hundreds of thousands of years.”

But the big question still remains – was there ever life on the Red Planet? The study was published in the journal Nature where it can be read in full.