Mysterious 30-Million-Year-Old Mass Extinction That Nobody Knew About

Approximately 30 million years ago, there was a mass extinction that nobody knew about until recently. As a matter of fact, a whopping 63% of mammals vanished from different parts of the Earth.

The extinction event occurred just after the changes of the geological periods of Eocene and Oligocene. This was also around the time when our planet experienced a drastic climate change from being swampy to icy. The Earth got colder, there were more ice sheets, sea levels dropped, forests turned into grasslands, and there was less carbon dioxide.

As for the mammals living in Africa, they were believed to have survived unharmed because of the continent’s mild temperatures and the proximity to where it was to the equator would have helped in preventing the cooler climates. Unfortunately, based on new research, the African mammals did not survive.

A team of international researchers from the United States, England, and Egypt, analyzed a large amount of fossils that are located at the Duke Lemur Center Division of Fossil Primates (DLCDFP) and they found that even though Africa did have warmer weather, the mammals living there were just as tragically affected as those living in Europe and Asia.

The team studied fossils belonging to different groups of mammals – extinct carnivores called hyaenodonts; two rodent groups; anomalures (scaly-tail squirrels) and the hystricognaths (this group includes porcupines and naked mole rats); two primate groups, the strepsirrhines (lemurs and lorises), and the anthropoids (apes and monkeys). By creating a family tree for each of these groups, the team was able to determine that all of them suffered massive losses during the Eocene-Oligocene boundary. On a positive note, millions of years later, they did start appearing again but with different characteristics, specifically the changes in their teeth which indicated a change in their diet and habitat – like a “recovery period”.

Matt Borths, who is a curator of Duke University’s DLCDFP, noted, “Extinction is interesting in that way,” adding, “It kills things, but it also opens up new ecological opportunities for the lineages that survive into this new world.”

The dramatic climate change wasn’t the only factor that these animals had to deal with as East Africa suffered volcanic super eruptions and flood basalts when the temperatures dropped. “We lost a lot of diversity at the Eocene-Oligocene boundary,” Borths explained, “But the species that survived apparently had enough of a toolkit to persist through this fluctuating climate.” 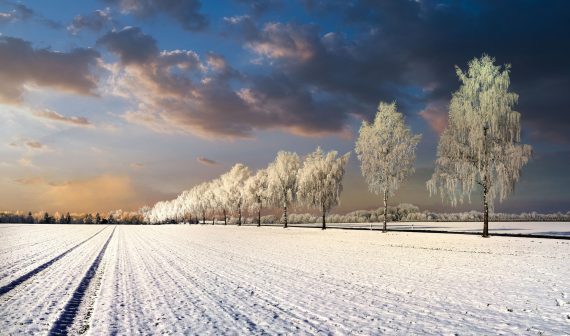 Hesham Sallam, who is the founder of the Mansoura University Vertebrate Paleontology Center in Egypt, weighed in by stating, “Climate changes through geological time have shaped the evolutionary tree of life.” “Collecting evidence from the past is the easiest way to learn about how climate change will affect ecological systems.” A picture of some of the fossils the team analyzed during their research can be seen here.

The study was published in the journal Communications Biology where it can be read in full.