Most people would agree that the telephone is one of the greatest inventions in human history, ranking right up there with the telescope. Most people would also agree that one of the greatest innovations to the telephone was Caller-ID, which – at least in concept – tells the receiving party the source of the call. Astronomers wish their telescopes had a similar feature that would identify the origin of the radio waves their modern telescopes pick up. That lack of ID is even more frustrating when the waves are coming from our own space ‘area code’ – the Milky Way galaxy. That’s the case with a new object discovered in the center of the Milky Way whose mysterious radio waves are baffling astronomers. Could it be coming from an intelligent civilization?

“We report the discovery of a highly polarized, highly variable, steep-spectrum radio source, ASKAP J173608.2−321635, located ∼4° from the Galactic Center in the Galactic plane. The source was detected six times between 2020 January and 2020 September as part of the Australian Square Kilometre Array Pathfinder Variables and Slow Transients (ASKAP VAST) survey at 888 MHz.” 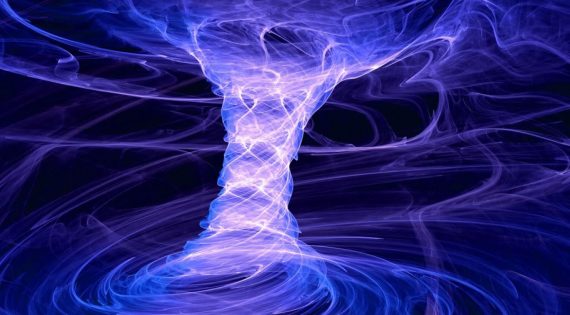 In new research published in The Astrophysical Journal, scientists from the Sydney Institute for Astronomy, lead author and PhD student in the School of Physics at the University of Sydney Ziteng Wang explains that a signal from the center of the Milky Way picked up six times in nine months strangely oscillates in only one direction (polarization) but the direction changes over time. The on-off periods are random and the brightness varies by a factor of 100. While those things are not strange individually, an object having all of them – and more – is baffling.

"At first we thought it could be a pulsar -- a very dense type of spinning dead star -- or else a type of star that emits huge solar flares. But the signals from this new source don't match what we expect from these types of celestial objects."

The object, as the press release reveals,  is so baffling, it’s only ID so far is its galactic coordinates -- J173608.2-321635. Prior to the first detection, there was nothing visible at those coordinates. Then a bright signal started slowly flashing, fading and reappearing – a behavior Wang and his team found “extraordinary." In September 2020, ASKAP J173608.2−321635 seemed to disappear for good. Fortunately, the more sensitive MeerKAT radio telescope in South Africa picked it up again. However …

"Luckily, the signal returned, but we found that the behaviour of the source was dramatically different -- the source disappeared in a single day, even though it had lasted for weeks in our previous ASKAP observations."

Astronomers want consistency so they can be ready with the limited time available on these massive and expensive telescopes. So far, they’re at a loss to explain the mysterious ASKAP J173608.2−321635 signal. The best they can do is illustrate it in a YouTube video(watch it here)  and wait for newer and stronger telescopes to arrive. While they don’t address whether the signal could be from an advanced civilization, they can’t rule it out.

If only they had telescopic Caller ID.