In a study conducted by Porch.com with help from data collected by Shadowlands Haunted Places Index, they have detailed where the most haunted locations in America are situated and you may be surprised with the results. Additionally, they used data from the U.S. Census Bureau in order to calculate the estimated number of haunted locations for every 100,000 citizens.

According to the study, there are at least 11,418 locations in the entire United States that are said to be haunted by ghosts. (I thought it would be much higher than that.) Interestingly, only 1 out of 10 haunted locations are residential homes. Surprisingly, 20% of all haunted locations are educational establishments like schools (11%) and colleges/universities (9%). Graveyards/cemeteries make up 8% of the hauntings, while hotels/motels/inns are next on the list at 6%. 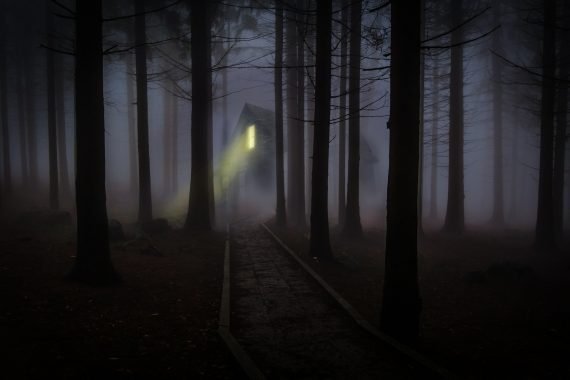 As for who is haunting these locations, sightings of adult male and female spirits are equal at 14% each, with 10% of others being young girl spirits and just 5% are young boys. A whopping 49% are considered unknown/other.

If you live in Kentucky, you may want to buy some ghost hunting equipment as there are 79 haunted locations for every million residents (Nebraska and Oklahoma are the next highest). As for large cities, Savannah, Georgia tops the list at 14.6 haunted sites per 100,000 residents (Pittsburgh, Pennsylvania, and Laredo, Texas, came in second and third on the list).

California, Texas, and Pennsylvania do have a high total number of haunted locations in their respective states; however, since they have such large populations, the numbers are much lower when compared to active sites per 100,000 people.

In regards to small towns, Mackinac Island, Michigan towers over the other towns with a whopping 3,347 haunted sites per 100,000 people. For comparison, Cape May, New Jersey, is in second place with 382 paranormally active sites. The study even went a step further and calculated that there are 16 haunted locations per 478 residents on Mackinac Island.

So, to summarize everything, schools are much more haunted than a family home; Kentucky is the creepiest state, Savannah, Georgia, is the most haunted large city; Mackinac Island is full of paranormally active spots; adult women and men are equally haunting these locations; and more young girls than young boys are spiritually active.

The full list of the haunted locations can be seen here.

Huge Gamma-Ray Burst Came From Something Very Close to Earth