Ask most people what they know about Egypt and their answer is usually pyramids and mummies. Ask what they know about mummies and the answers are most often from movies and television rather than history or archeology. In a way, it’s probably good that they haven’t depended on history for their mummy info because a new discovery is changing everything the experts know about Egyptian mummies – starting with when it was first practices. 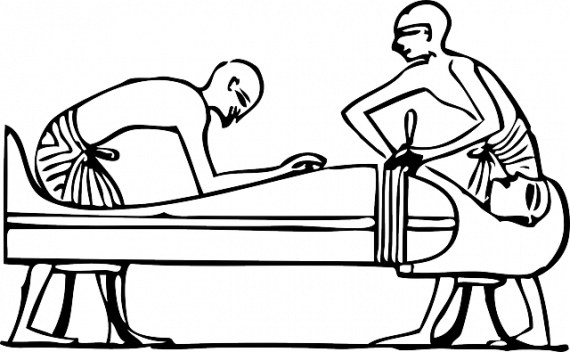 Professor Salima Ikram, head of Egyptology at the American University in Cairo, told the archeological site Arkeofili of the 2019 discovery of a mummy in a tomb in the necropolis at Saqqara, south of Cairo. Pottery in the tomb showed it was from the Old Kingdom period of Ancient Egypt from 2575 BCE to 2150 BCE. Hieroglyphs told that the tomb belonged to Khuwy, a nobleman of the Fifth Dynasty and a relative of the royal family in the Old Period. However, Ikram doubted the mummy was Khuwy because its mummification was so well done.

“Until now, we thought Old Kingdom mummification was relatively simple, with simple drying (which wasn't always successful): not removing the brain and removing only the occasional internal organs. Indeed, the outer appearance of the deceased was more important than the inner appearance. Also, the use of resins in Old Kingdom mummies recorded so far was much more limited.”

Ikram was stunned by the quality of mummification – the body had been washed and filled with high-quality resins, then wrapped in extremely fine linen. (Photos here at the Daily Mail.) These techniques were thought to have been developed 1,000 years later in the 21st Dynasty … if this mummy is the nobleman Khuwy, he is now the world’s oldest known mummy. Khuwy not only changes the history of mummification, he changes the history of Egypt as well.

“The materials used, their origins, and their associated trade routes will greatly influence our understanding of Old Kingdom Egypt.”

“With every new body archaeologists unearth, the story of the mummies of Egypt becomes clearer.”

A Spiritualist Medium and a Bizarre Winter Vanishing