Princess Diana’s Childhood Home Was Probably Once a Neanderthal Camp

According to recently discovered ancient artifacts, experts are quite certain that the British property where the childhood home that Princess Diana lived in had once been a Neanderthal camp. The beautiful home that the princess and her family lived in as a child is called the Althorp House. The home was built in 1508 with 19 generations of the Spencer family having lived there.

Diana’s brother, Charles Spencer, owns the property and has been interested in finding the remnants of a medieval village called “Olletorp” so he hired professional to dig around the area in hopes of finding proof. In fact, it was the Earl Spencer’s father who was convinced that Ollertorp was located approximately a thousand yards west of Althorp House.  The medieval village was abandoned in the 14th century when the Black Death was circulating.

A team from Oxford’s Institute for Digital Archaeology (IDA) spent a year surveying the property, dug through pits and trenches, and used ground-penetrating radar. What they found was even more shocking than they could have imagined. They did find proof of an ancient settlement dating back sometime during the Paleolithic Period (approximately 2.5 million years ago to 10,000 BC). However, it was more than likely Neanderthals and not modern humans who occupied the area. Neanderthals did live in Britain for hundreds of thousands of years.

The IDA team found worked sea shells as well as an old rubbish tip named a midden. The items had pieces of worked flint and antler which indicated that tools were once created at the site. Analysis and carbon dating of the items confirmed that they were at least 40,000 years old, making it one of the earliest human settlements that have ever been found in Britain.

In an interview with The Telegraph, Roger Michel, who is the director of the IDA, went into further details about the ancient shells, “We don't think the shells would have been the remnants of a prehistoric meal as Althorp was even further from the sea then than it is today.” “They are also incised. They could have been used for decoration or as spurs of mother of pearl for jewelry.” 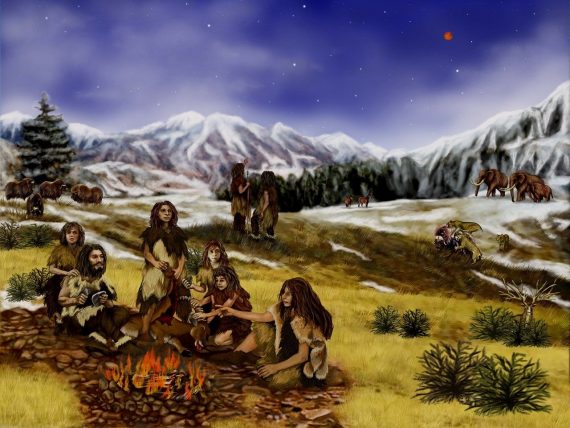 While Olletorp hasn’t been found yet, they aren’t giving up as Mr. Michel noted, “Our geophysical surveys of the site reveal many areas of interest that merit further exploration.”

It’s amazing what you can find out about the history of your property and the Spencer’s land certainly has one interesting story. Several pictures, including the sea shells and the rubbish tip can be seen here.

Strange Tales and Legends of Vampires from Greece