Science fiction continues to become science reality. The fictional Captain Kirk is about to become the real space traveler William Shatner. The science fictional three-star system with an orbiting planet of the novel “The Three-Body Problem” becomes reality as astronomers may have discovered the first ever evidence of a planet orbiting three stars at once. If that planet is inhabited by a civilization planning to take over Earth as its stars destroy their home, could the science fictional plot of “The Three-Body Problem” become reality as the inhabitants of Earth unite to oppose them and prevent their own demise? The novel’s author, Liu Cixin, has his own answer and it may not be the blockbuster movie conclusion we’re used to. 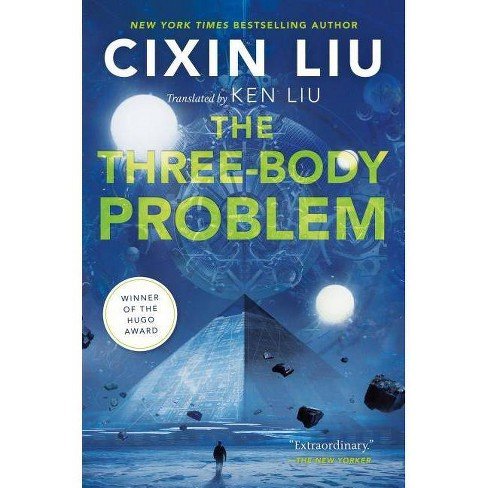 “In the past, we used to have an assumption: that if humanity was faced with a collective threat, people would throw away their differences, unite, join forces and overcome the crisis together. Now I realize that might have been too perfect of a wish.”

Uh-oh. In an interview with The Wall Street Journal, Hugo Award-winning novelist Liu Cixin is asked if his often-used science fiction of nations uniting against an alien enemy is a realistic portrait. The cause of the fictional plot is already real – the “three-body problem” is a problem in physics concerning the difficulty in computing the trajectory of three bodies interacting with one another – the chaotic nature of the problem is what caused the three diverse stars in the novel to destroy the planet and force its residents to find and conquer a new home. Earth’s residents know what’s coming and unite to fight. Unfortunately, Cixin thinks seeing this in the real world is “too perfect a wish.”

“Looking back at the past two years, the pandemic has pushed nations toward more divisions. The events of the past few years have made me feel the uncertainty of the future, and made me realize that we cannot use straight-line thinking to predict what is to come. Sudden twists and turns that we haven’t anticipated could happen at any time.”

Of course – the COVID pandemic. In addition to killing millions, it has become a mirror to take a good look at what we are … and perhaps a magic mirror to see where we’re going. What does Cixin see if desperate aliens come to Earth?

“So if the aliens really come to Earth, I see two possibilities: One is that we all pull together to face their arrival. The other: They will come to Earth and we will become more and more fractured.”

OK, but we’ve seen this in science fiction novels and movies – it usually happens near the end of Act II and an unexpected plot twist unites the humans to fight to a bloody but happy ending. Can’t that happen here, Liu?

“It’s hard not to admit that the second possibility is probably more plausible. It’s the most likely conclusion that can be reached from what we’ve seen over the past two years.”

Science fiction can become science reality when it comes to science and technology. It’s seems to Liu Cixin that the same is not true for science fiction human nature. Let’s hope the newly discovered three-star world is not destroying an inhabited planet and setting a real Liu Cixin plot into motion. He doesn’t see a way out.

To mix movie metaphors, the answer may be:

“Help us, Captain Kirk. You’re our only hope.”

Strange Tales of the Haunted Screaming Skulls of England