Singer Claims to be Seduced by Charming Yet Sinister Victorian Ghost

If a single person wants to date a ghost, is there a dating site that can help? An OKPhantom? eHauntingme? Coffee Meets Boogel? A singer-songwriter in the UK didn’t need to use a service – she claims her ghost, a Victorian soldier, came to her. Did HE use a dating service? eIncubus?

"I've always been fairly skeptical of the paranormal and things that can't be rationally explained. Over the years I've had a few ghostly encounters, but I had always brushed them aside and thought nothing more of them.”

In an interview with LADbible, Brocarde – a one-name goth-singer-fashion-designer-personality from Oxfordshire – tells how she wasn’t looking for a ghostly romance and would probably question the motives and the existence of a ghost attempting to pick her up (can you google a ghost?). But that was before one restless night when she was ‘propositioned’ by Eduardo.

“I was lying in bed unable to sleep... I rolled from side to side in bed, trying to switch off from both the storm and an argument I had had with one of my friends. Then out of nowhere I felt a warm sensation in my heart, it was burning hot. I touched my chest and it was roasting, clammy almost, and the warm sensation ran down throughout my body. Then the whole room fell cold. I sat bolt upright, had tears streaming down my face and was shaking almost uncontrollably. It felt like someone was present. I couldn't see anything so I reached for the bedside light and something grabbed at my hand to stop me.” 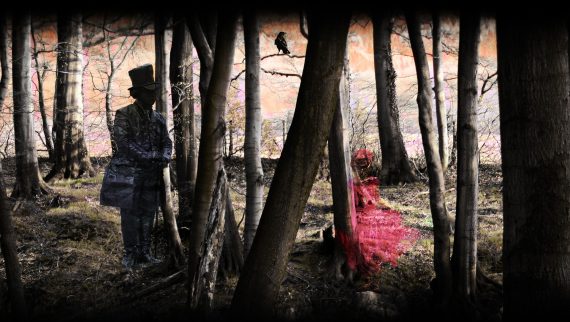 That ‘something’ was Eduardo, a 35-year-old soldier who died after falling down a well. (Were there no collies to call for help in the Victorian age?) It didn’t look like Eduardo had made a good first impression on Brocarde, but she claims he managed to save the ‘date’ by whispering “I love you” before disappearing.

"Days later I'll notice love hearts in the steam on the shower."

Eduardo has a romantic way of apologizing, but Brocarde answers the main question of why she stays with him.

"Our intimate moments are very empowering - he gives spine-tingling orgasms."

Of course. Eduardo also inspires her songwriting, but can be a bit paranoid and jealous – he fears her family will call an exorcist and he gets mad if she writes songs about mortal men … she finds pages crumpled up. Brocarde followed up her LADbible interview with another on the This Morning talk show, where she answered the same questions, but dealt with more skepticism. It’s easy to assume Brocarde is merely using this to promote her music, fashion designs, podcast and more, but she could also be helping the many people today who are having problems dealing with their gender, relationships or attraction to non-conventional partners.

"I think people need to be open-minded, physical presence in the traditional sense isn't necessarily all it's cracked up to be. Many mortals are in relationships where they aren't actually present and many love those who they can't be with. It's a difficult thing to get your head around but perhaps some souls never truly pass, and maybe there are ghosts trapped in the afterlife who need love and affection just like living humans."

Sounds like Brocarde is trying to be friendly to ghosts in troubling relationships as well. What does Eduardo think of all this?

“My biggest fear is that he'll expect too much from me and kill me so I'm a spirit too.” 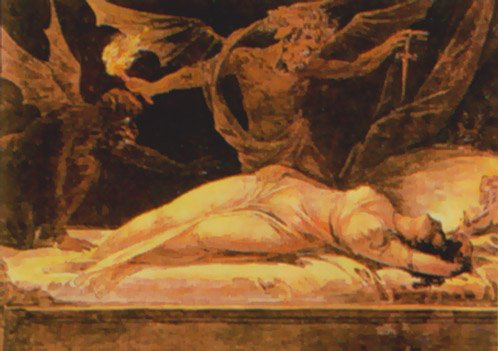 And that is where Brocarde is no longer a role model for those in troubled relationships or having identity issues. Whether you believe she’s in a tryst with a ghost or merely seeking attention, any talk of killing on popular talk shows in these strange times is even more troubling.

Maybe an exorcist isn’t such a bad idea after all.

A Mysterious Murder and a Haunted Hotel Room