On June 29, 1956, President Dwight D. Eisenhower signed the National Interstate and Defense Highways Act into law, authorizing the construction of 41,000 miles of the Interstate Highway System to provide access between U.S. military bases in the event of a war with the Soviet Union and its allies. Fortunately, the main benefit of the interstate system was to fuel the growth of the United States geographically and economically, but the military is now thinking about the need for another superhighway system to protect the U.S. against new enemies … in space. Who will build this space superhighway? The Space Force, of course!

“If you read their language, if you read their products — which I am a vigorous student of — if you look at what they do they telegraph everything that they’re going to do, they believe that the Moon is manifest destiny for them (and part of their) economic … and security equation.”

Speaking last week at a National Defense Transportation Association seminar on space logistics, Space Force Brigadier General John Olson warned the audience that China is his perceived enemy in space based on their activities recently with a lunar rover on the Moon’s far side, a quickly constructed space station and two recent tests of hypersonic space gliders that could possibly be nuclear-tipped. Olson is an Air Force reservist, has NASA experience, served in the Obama White House at the Office of Science and Technology Policy, and is now Deputy Chief of Space Operations for Technology and Innovation of the Space Force and Mobilization Assistant to the Chief of Space Operations, so it’s no surprise that his solution to winning a space race with China is through Space Force mobilization. But … a space superhighway?

In the near term, Olson told the attendees this means encouraging industry to push forward the boundaries of space activities to make real the promise of future space utilization. Space Force is in the early stages of working with industry via Cooperative Research and Development Agreements (CRADAs, which involve no funding) on figuring out how to build the space infrastructure required — such as re-fueling depots along a “space superhighway,” he explained.

Breaking Defense was in attendance at the meeting and reports that Olson pitched the benefits of commercial space logistics – just like the interstate highway system – to help the US military “dominate” Space Command’s Area of Responsibility (AOR) which is defined as 100 km above the Earth to infinity, and support a support “resilient and persistent occupation” of space by the US “at a lower cost.” And like the interstate highway system and the current private space program, Olson sees “90-to-95 percent” of the investment in the space superhighway coming from industry. 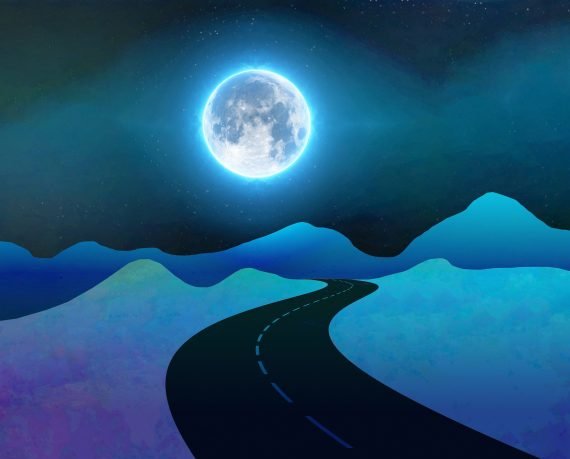 This interspace highway system won’t be a concrete ribbon to the Moon – Olson sees it at first as a series of refueling depots. It will start with “Rocket Cargo” – using rockets to deliver military supplies point-to-point on Earth. That will lead to delivering supplies (and possibly weapons) to future space stations and eventually to the Moon and beyond. Does this mean the U.S. is abandoning the 1967 Outer Space Treaty (OST) which bans any nation state from claiming sovereignty over the Moon and other celestial bodies, and prohibits military maneuvers or weapons testing or establishing military bases on celestial bodies? Olson says no – or perhaps not yet – but implies that China’s actions seem to indicate it plans to – despite being a signatory with Russia on the OST.

Could a space superhighway start out with a military purpose and then evolve into a commercial and public highway like the interstate system? It’s possible, although the highway system was built when Americans were already driving – no one but billionaires are traveling to near space at the moment. IS the Space Force equipped to build such a highway? It’s sounds more like private corporations will do the building for a share of the toll fees, while the Space Force will be the traffic cops.

Does this sound like the militarization of space? What do you think? What would President Eisenhower think?

The M.I.B.: Looking at the The Two Different Groups – One Human and One Not