The desolate, unforgiving corners of our world have always seemed to be, in a sense, hungry. Many of the more mysterious vanishings on record have played out upon such backdrops, with the rugged remoteness of it all only further serving to propel such cases into the annals of great disappearances. Some of these can serve to be truly anomalous, and here we will look at some cases of pilots who have flown out towards the desert wastelands and vanished only to leave their aircraft behind in some rather weird circumstances.

One curious case of a strange aviation desert disappearance can be found tucked away in Charles Fort’s classic book Wild Talents, and supposedly took place in 1924. At the time, two Royal Air Force airmen, Flight-Lieutenant William Conway Day and Pilot Officer Douglas Ramsay Stewart, were allegedly stationed at an air base in Iraq, and on July 24 of that year they went off on a routine reconnaissance flight. At the time the weather conditions were perfect, their plane was in fine working order, and both men were seasoned professionals, with years of experience. Because of this, their estimated three-hour mission was expected to go smoothly, and as they took off there would have been no reason at all to suspect that anything should go wrong. However, they were about to become the center of a puzzling vanishing. 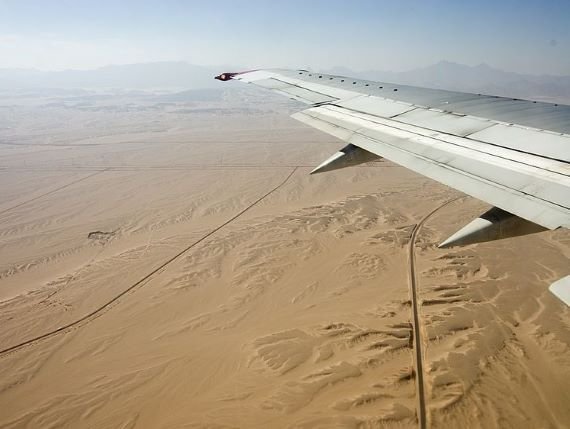 The men did not return on schedule, and when the day wore on with no sight of them and no communications, a search party was launched of the surrounding desert. After several hours of searching, the party was surprised to see the missing plane sitting out in the middle of the desert wasteland off of their planned course. It soon became clear that it had not crashed, but rather had landed normally, yet there was no sign of the two airmen anywhere. It was at first assumed that they had perhaps run out of fuel or had been attacked and been forced to land out there, but the tank was found to be full of gas and there was no damage to the plane. The only explanation was that they had intentionally set the aircraft down there in the middle of nowhere, but why? No one had a clue.

Things got stranger when it was found that all of the men’s belongings had been left behind, as well as their water supplies, which was puzzling because there was no rational reason for why they would have wanted to venture out into the scorched forbidding moonscape of parched earth around them without those supplies. There was also a bit of blood in the cockpit, although no one could figure out what had caused it. Making it even weirder still was that the missing men’s footprints were allegedly found on the desert floor around the plane, and a pair of tracks that supposedly went about 40 yards into the desert before suddenly stopping, as it they had just vanished into thin air or been plucked up by something from above. What happened here? Were they kidnapped by Bedouins, were they the targets of foul play, or abducted by aliens? Why were there no footprints or vehicle tracks leading away and why had they landed there in the first place? It is unknown. 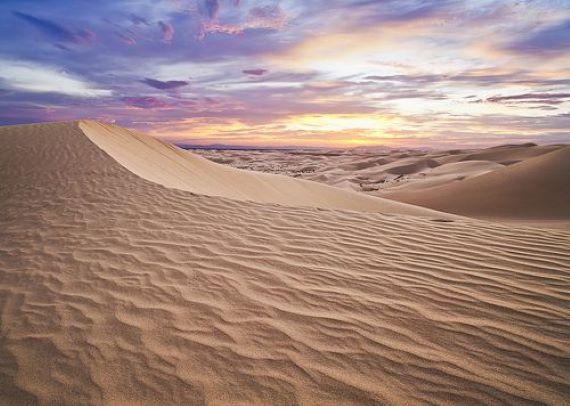 Since this is pretty much where Fort leaves it, there are no real answers, and indeed I long suspected that it was perhaps an embellished or even made up story, as are common to appear in some books on the paranormal, but other researchers have managed to dig up more information. It turns out that this rather strange incident really happened, although there are more details that help to shed more light on it all. It turns out that the men were eventually found, although not alive, with their desiccated bones found the following year in the desert and identified through dental records. After digging up various news clippings from the day, the site Strange Company was able to put together a new theory of the events, saying:

It was suggested that the men had been forced to land their plane because of a sudden sandstorm. Contrary to the earlier reports about the disappearances, it was now said that when their plane had been discovered, it was "slightly damaged" and repairs had to be made on it before it could be flown back to where their squadron was stationed. It was theorized that Day had been slightly injured in the landing, (traces of blood were found on the plane,) and that when the two men set out to hike to safety, he collapsed and died. Then possibly Stewart pushed on in the hope that he might find help for his injured comrade, only himself to be overcome by the heat...The failure earlier to discover the remains was probably due to the ever shifting sands, swept in storms across the desert. There was an official military inquiry into the deaths, which evidently came to this same conclusion.

It cannot be said for sure whether this is the totally correct explanation, but it sure is intriguing. Equally eerie is a case from 1951 in the state of Arizona. In July of that year, 26-year-old student nurse June Marajane Walker and her boyfriend, 28-year-old World War II veteran and truck salesman Klaus W. Martens, set out on an adventure. On July 15, 1951, Martens rented a two seater Cessna 140 from the AMVETS Flight School in order to fly out to a business meeting in Blythe, about 200 miles away, with June tagging along for the ride. Martens was a commercially licensed pilot with a lot of experience, the weather was clear, and there would have been nothing strange about it or ominous about any of it when they took off from East Los Angeles Airport, in California. However, they had no idea as they flew out towards Nevada that they were about to disappear off the face of the earth. 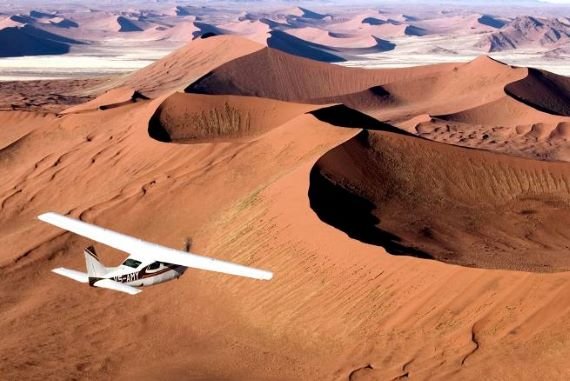 Their plane never did reach Blythe, and authorities soon found the odd detail that Martens had not logged a flight plan before takeoff, meaning their exact route was not known. Their estimated route was heavily searched but no sign of the plane could be found, not even a scrap. The search went on for weeks, and finally on August 1 a ranger from the Arizona Fish and Game Department stumbled across the plane on an old target range out in the desert wilderness 50 miles southeast of Yuma, Arizona, and over 100 miles southeast of the couple's destination. The strange thing was, the plane wasn’t a twisted wreck, but rather in good condition, having seemingly been parked there, and it would only get stranger from there.

The plane seemed to have been intentionally landed there, and was in prefect working order, with plenty of fuel in the tank, an engine that started right up on cue, and the plane’s radio transmitter and receiver were in pristine perfect working order. In and around the plane there were plenty of oddities. A handwritten note was found in the cockpit that said they were heading west on foot, with no explanation given as to where exactly they were headed or why, and outside there was an arrow scrawled into the blazing hot sand that pointed west. It seemed odd that they would have headed out on foot, because they had left their compass and all of their belongings behind. Leading away from the plane were two sets of footprints that meandered out into the desert and offered some strange clues themselves. For one, they apparently crossed a road in their wandering that would have led them to Wellton, Arizona and safety, but they had just kept on going. Indeed, they could have easily flown to the town as it was only a 10-minute flight away. Another oddity was that west was a direction which would lead them to nothing but more desolation, so why had they gone in that direction? No one knows. Regardless, after three miles, the footprints then just ceased, as if they had just evaporated on the spot.

An intensive search that scoured the area found no trace of the missing couple, and it was all quite bizarre. Why had they landed a perfectly operational plane there and why hadn’t they called for help on their functioning radio? What was the point of trudging off into the badlands of this inhospitable wasteland and why do it without a compass or any gear? The note left behind and the arrow are odd as well, and it all really boggles the mind. There would be unconfirmed reports of sightings of the couple in Mexico, but that is pretty much where the leads end, and they have effectively ceased to exist. Was this an accident, foul play, or aliens? It was aliens, wasn't it? No one really knows and the case with all its strange clues has never been solved. These cases are both fairly outlandish examples of some pretty weird stuff, and leave many questions in their wake with few answers, and whatever the answers may be, they are very good examples of spooky vanishing going on in the rugged wilds of our world.

The Roswell Bodies of 1947: “They Could Have Passed for Chinese”