Strange Tales and Legends of Vampires from Greece

As far as legends and lore go, those of the undead have managed to stretch out beyond geographical boundaries and have taken up a place within the human psyche. Across geographical divides there have long been stories and lore on what we in the Western world call vampires, and such tales have pervaded the legends of many lands. Here we will look at the mysterious stories of the vampires of ancient Greece, stretching back from history all the way up into the present.

The ancient Greek version of the undead vampire as we know it was called the Vrykolakas, also called Vorvolakas, Vourdoulakas, Broucolack, and various other regional names. Although mostly similar to the tales of vampires told in neighboring Slavic countries, the name Vrykolakas actually comes from the Slavic root words meaning “wolf,” and originally had a meaning more like “werewolf.” The literal translation comes from the term vblk’b dlaka, which originally meant “wolf-pelt wearer.” The creatures themselves were different in some respects to traditional European vampire lore. To become a Vrykolakas one was not bitten, but could be turned through any number of other ways, including living a sacrilegious life, being excommunicated, or being buried in unconsecrated ground, as well as eating the meat of a sheep which had been wounded or killed by a wolf or a werewolf. In some traditions, a werewolf would become a vampire if killed, and retain its wolf-like features. Once a person changed, the real spooky stuff would begin. 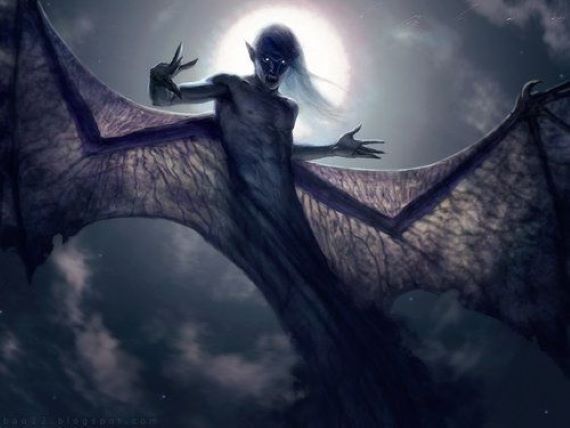 Depending on the region, Vrykolakas had differing characteristics and temperaments, but they were always described as having a ruddy complexion and bodies that swelled up “so that all its limbs are distended, it is hard, and when tapped it thrums like a drum.” Most stories have them emerging from their graves at night to roam about looking for prey, with them eating flesh, particularly livers, rather than drink blood like traditional vampires. Many of the tales say that the Vrykolakas will go around villages knocking on doors and calling out the names of those who reside within. The lore says that if one fails to answer the first knock, the vile entity will move on, but if they are to answer the door, they will either become the creature’s next meal or become a Vrykolakas themselves. In most cases, these creatures were thought to be dead human bodies animated by demons.

It was said that in order to kill one of these sinister revenants, the best bet was to catch them as they slept in their graves, much like traditional vampires, with some lore saying this could only be done on Saturdays. Once found, they could be impaled with a stake, beheaded, cremated, or a priest could come in to perform an exorcism to drive away the demon that was animating it. There were other precautions that could be taken against the Vrykolakas as well. People who were suspected of potentially becoming Vrykolakas would often be buried pinned by millstones or other very heavy objects that were placed on either their heads or chests in order to trap the body in its grave, or alternatively nailed down into their coffin, and corpses were also occasionally buried with their heads facing down to thwart their efforts to dig their way out. More direct was the practice of simply dismembering the body and burying the pieces separately, with the most common parts removed being the feet and the head. At other times earthly objects, such as scythes or sickles, were placed near the grave to satisfy any demons entering the body, or a wax cross and piece of pottery with the inscription "Jesus Christ conquers" could be placed on the corpse to prevent the body from becoming a vampire as well. Many archeological digs have turned up bodies in states like this, underscoring how seriously the populace pursued keeping the undead away.

The belief in the Vrykolakas was widespread throughout many areas of Greece throughout the ages, and there are many tales of encounters with these bloodthirsty beasts all the way up into modern times. One notable case of the vampires of Greece was documented in 1701 by the French botanist Joseph Pitton de Tournefort, who travelled through the Greek island of Mykonos and heard many stories of the Vrykolakas. One in particular was a rather mischievous one, who was known to harass people and steal their alcohol, as well as vandalize property, all while strangling people in their sleep to eat their livers. Pitton de Tournefort wrote of actually witnessing the townsfolk dig up the grave of the suspected Vrykolakas, which held a fresh-looking corpse, and watched on in astonishment as they cut its heart from the body. The creature would nevertheless apparently continue marauding about, after which it was cremated and the attacks ceased. 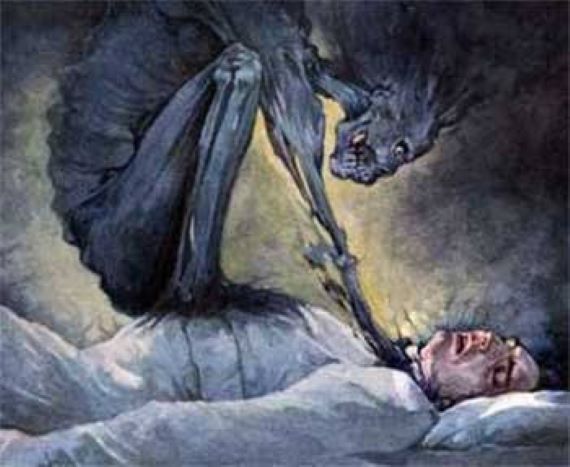 Another famous tale comes to us from the 1800s, from the oral accounts collected by English traveler and Economist, Robert Pashley, in his book Travels in Crete. The story takes place on the Greek island of Crete, where a shepherd was tending to his flock as the sun set beyond the horizon. A storm soon began brewing and the humble shepherd hid himself away in an old abandoned church to ride it out. Not long after he dozed off, he was awoken by a voice telling him to get up. The frightened shepherd told the voice that he would do so if he was promised not to be harmed, to which the voice answered he meant no harm. After this a Vrykolakas appeared in the gloom, after which it said, “Friend, you must not go away, but sit down here; for I have some business which I must go after; but I shall return within the hour for I have something to say to you.”

The shepherd knew that he had no choice but to do as he was told, and he waited there until the creature came back to him with a fresh liver in its hands, which it claimed it had procured from a newlywed couple. The Vrykolakas then served the liver and invited the shepherd to join him for a meal, its eyes glowing in the dark. The shepherd could not bring himself to eat any of the liver, but had a bite of some bread that was also offered, merely watching in disgust as the creature ravenously devoured its meal, blood splatted on its face and the table below. When it was finished, it merely warned, “Friend, this which you have seen, you must no mention, for if you do, my twenty nails will be fixed in your children and yourself,” before stalking off into the night to leave the shepherd alone. 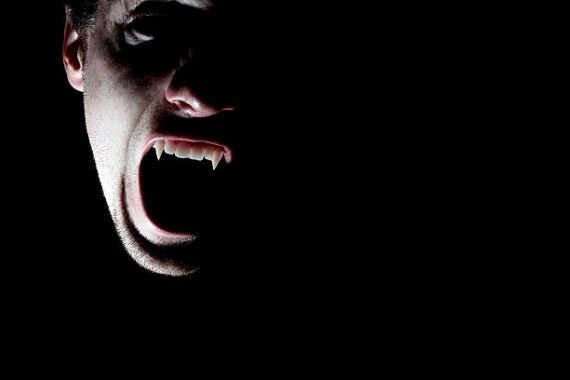 When the shepherd told the villagers about what had happened the following morning, they formed a lynch mob to hunt the entity down at the abandoned church, where they found the tomb of the creature. When it was opened, they found it to contain the very same man the shepherd had met, lying peacefully as if in sleep. The angry mob then went about cremating the vile thing, but as they did a drop of blood hit the shepherd’s foot and instantly disintegrated it, perhaps as revenge for his betrayal. This tale was told to Pashley as a real event when he passed through the region, not a legend, but a supposedly true story, and it is hard to know what to make of it. Indeed, the island of Crete is full of stories like these, and in the 19th century they would send the bodies of possible Vrykolakas to the island of Santorini to be buried away from the populace.

As recently as World War II there were fears of the Vrykolakas in Greece. During the Great Famine in 1941-42, about 300,000 Greeks starved to death, and many of these were unceremoniously buried in mass graves. Many people in rural areas were so afraid of being haunted by the Vrykolakas they were sure would rise that they took to beheading or cremating the dead. To this day the folklore of the Vrykolakas remains alive in many areas across Greece, with many in rural areas still firmly believing that they exist. Even in more mainstream Greek culture the legends have echoed into tradition, with the Greek custom of never answering the first knock on the door directly stemming from the tales of these revenants going from house to house. It is all very spooky lore, and syncs with a lot of the myths of vampires in other countries. There is no way to know what grain of truth any of this holds, but it is certainly all a lot of bizarre lore, and adds to the nearly universal legends of the undead we like to call "vampires."