The Bizarre and Frightening Case of the Goblin of Zaragoza

Some hauntings are definitely weirder than others, managing to remain pretty much beyond classification. In 1934, the Palazon family was just a normal family living on the second floor of a modest apartment building on Gascón de Gotor street, in Zaragoza, Spain. They were by all accounts mostly unremarkable, they had never had any problems with their neighbors, and had never experienced anything out of the ordinary in their humble apartment, but this would change. On September 27, 1934, the family’s maid, a young woman by the name of Pascuala Alcocer was alone in the kitchen when she reached out to turn on the stove to hear a clear voice like that of a small child emanate from within, which said simply, “You are hurting me!” The startled maid turned off the stove and backed away, and when the disembodied voice started laughing she ran out of the room to turn off the lights and hear it shout “The lights! I can’t see!” There had been no one else in the room, no explanation for why the voice should be coming from the stove, and this would be just the beginning of a very strange series of events that would be blamed on a goblin.

Before long, other members of the family began hearing the voice too, sometimes from the stove, other times from the chimney, and on other occasions seeming to come from the walls. Sometimes the voice had a pleasant and friendly tone, and at other times it was more menacing, often going from playful to threatening at a moment’s notice, fluctuating between a childlike voice to a sinister deep and guttural grumble, and no one could ever figure out where it was actually coming from. The voice would sometimes join in on conversations the family was having, or even answer questions directed at it. It would often demand that they turn on the lights at night, sometimes waking them from sleep, or creepily announce that it was watching them, often describing what was happening in the room, and these episodes became more taunting and mean-spirited over the coming days. When they asked where the owner of the voice was, it would answer that it was in the stove or in the chimney, even though there was obviously no one in there. 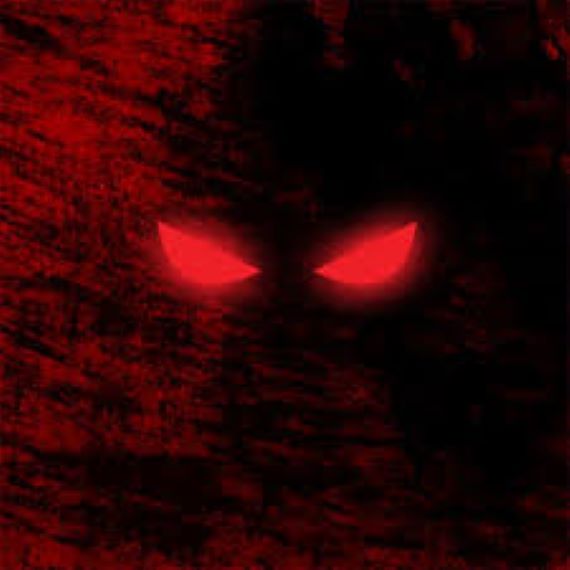 Soon after this, there would be heard laughter, cackling, whistling, moaning, and screaming, which would graduate in intensity to the point that others in the building began hearing it too. On one frightening occasion, the entire building seemed to simultaneously erupt with disembodied laughter coming from the walls, which reached such a booming volume that it reverberated through the structure. Residents could find no cause for it, and when they went out into the halls, they could hear that eerie laughter coming from everywhere around them at once. Then just as suddenly as it started, this barrage of mysterious laughter stopped to leave the residents in silence and bafflement. The laughter would continue sporadically, on some days quiet and others nearly nonstop, and it could either be a playful giggle, a wicked cackling, a thunderous deep chuckle, or a maniacal laughter, which could change between these as it was going on, and which made it all the more unsettling. Even more frightening still was that sometimes the unseen intruder would snarl, bark, or growl in a ferocious, animalistic way, and the general feeling among the families that were afflicted was that it was not a friendly presence.

Since no source of the voice and other noises could ever be found, the frightened Palazon family believed that they were being held under siege by a Duende, an imp or goblin from the folklore of many Spanish speaking countries, often said to be mischievous trouble makers. Neighbors who began to experience the activity agreed, and when word got out into the press about what was going on it quickly gained the nickname of El duende de Zaragoza, or “The Goblin of Zaragoza.” The story would not take long to be reported across Europe, drawing curiosity seekers from all over looking to hear the phenomena for themselves. In the meantime, professional masons and plumbers inspected the building to find no rational cause for any of it.

By this time, the police, who had been skeptical of the whole thing, decided to investigate, and were immediately met with the mystery voice shouting “Cowards! You’ve called the police!” as they arrived. The police entered and the voice followed them, telling them to go away. When they went to the kitchen, laughter came from the stove and they spoke to it. When asked what it wanted it would not respond, and when asked if it was a man it said “I am not a man,” an odd answer considering the voice was always male. They asked the unseen entity if it could see them and it promptly told them how many people were in the room. When they asked it to show itself, it ominously said, "I could if I wanted, but you would not like what you see." Even as they spoke with it, officers were fanning out trying to find any possible source for the voice, but they found nothing. Nevertheless, they suspected that it all had to be some sort of elaborate hoax or practical joke someone was playing using ventriloquism, with their suspicion falling on the young maid, Pascuala, in particular. She would deny this under questioning, but they were still suspicious enough to call in a psychiatrist by the name of Joaquin Jimen Orriera to talk to her. 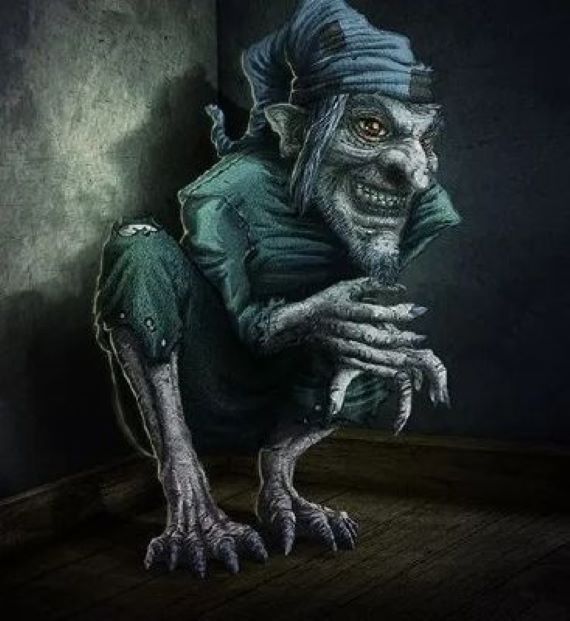 When Orriera talked to the woman, he at first thought she was the perpetrator as well, but when he did an experiment in which she was led away from the building, the voice continued coming from the stove, much to the amazement of everyone present. An architect was then brought in to try and figure out if there was any way for a prankish ventriloquist to be hiding somewhere and be able to carry the voice to the stove and chimney, but there was found to be no practical way for it to be done so clearly and with the prankster able to see what was happening in the room while still remaining hidden. This explanation also did little to explain the incident in which the laughter had permeated the entire building to the point that it had shook the walls. In a further experiment, the building was then cleared of all people except a small group of investigators and the power and phone lines were turned off, but the pervasive voice still continued, mocking those present for their efforts to figure things out. It seemed to be very angry about the intrusion onto its domain, spewing forth profanities and threatening the lives of the Palazon family.

For the next few days the voice apparently spoke incessantly at all hours of the day and night, with a very menacing, ominous tone, sometimes making physical threats and saying it would physically appear, although it never carried through with these dark promises, and then it suddenly stopped for several days. The relieved residents of the apartment, especially the Palazon family, dared to believe that the whole thing was over, but then the entity would show up again, apparently announcing its present by saying, “Cowards, cowards, cowards, here I am.” As the “goblin” continued to bring in droves of gawkers and remained unexplained, the governor of the city put his foot down, declaring that it was all the work of the maid and saying she had pulled it off through “unconscious ventriloquism,” or throwing her voice without realizing it, explained as “a psychic phenomenon produced only in certain circumstances.” Of course, this was far from satisfactory for the building tenants and those who had witnessed the phenomena for themselves, but that became the official stance. 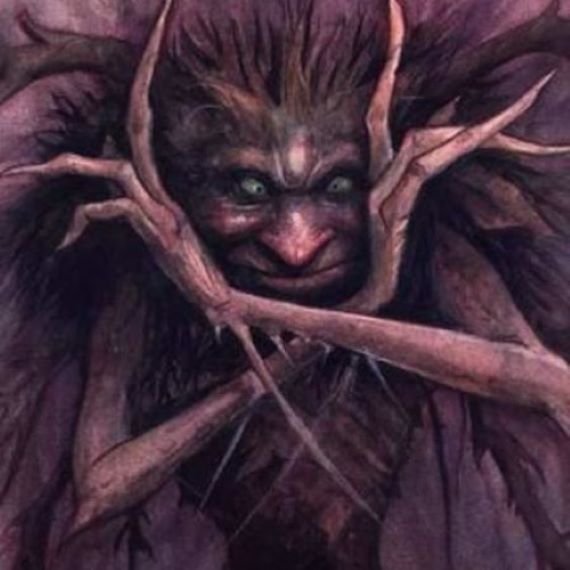 In the face of these seemingly paranormal forces, some of the families living in the building, including the Palazon family, moved away for good, unable to cope with it anymore. The activity then continued for a time before stopping again, this time for good. Even after it stopped, the poor maid Pascuala was ostracized and blamed for the incident, labelled a hoaxer and fraud, eventually becoming a recluse and refusing to talk about it, even though she was never proven to be behind it and the voice was always that of a man. The case of the Goblin of Zaragoza over time faded away into the mists of time, and the apartment building would be torn down in 1977 to be replaced by a new one, called Edificio Duende, or “Goblin Building,” in memory of the strange events that had occurred there. In the end, the case remains unsolved. No real explanation was ever found, no hoaxer ever came forward to claim responsibility, and it is as much a mystery now as it was back then.

The case is unusual for several reasons. First is that the building itself had no known history of tragedy or death, and there was also the fact that it all started rather suddenly, with no such strangeness ever reported before. Also rather odd is that the entity was never actually seen, it never moved any objects or caused other paranormal phenomena, and it was always just that inscrutable voice hovering about. Add to this the myriad witnesses, including police officers and investigators, and it is all a very odd case that is hard to categorize. What are we dealing with here? How could this unseen entity continue to taunt all those present and even shake the very walls? Why did it suddenly appear only to vanish once again, and what did it want? Was this a ghost, a poltergeist, a demon, or actually one of the Duende? Was there some hoaxer somehow behind this, and if so why have they never come forward? There are no answers, and the case of the Goblin of Zaragoza remains a strange and relatively obscure account of unexplained paranormal weirdness.

If You’re a UFO Author or Writer, Are You Being Watched?