The Bizarre Case of the Blue Phantom of Louisville

Among all of the mysterious and very weird paranormal encounters out there, often there are some that seem to defy any pat or concrete classification. These are the weird cases that remain lodged well within the outer fringes of the strange, defying all logic and attempts at answers or easy categorization. One such case comes to us from the U.S., and involves a mysterious, seemingly bulletproof entity with blue skin and a blue face.

In the winter of 1921, a strange visitor came to Louisville, Kentucky. People began seeing a mysterious tall figure in a black overcoat and wide-brimmed hat lurking about in the vicinity of Eighth and Oak Streets, as well as the nearby streets of Kentucky, Oak, and Breckinridge. At first the figure was mostly hidden in shadows, looking very menacing, but mostly innocuous, but he would get bolder as the days went on, and as people began getting a better look at the hulking figure, they were shocked to notice that the man’s face was completely blue. It would also become more obvious that this blue man was also in possession of seemingly paranormal abilities. It was said that he could vanish into thin air, leap great distances, and that he was unable to be harmed by normal weapons. One of the first witnesses of the strange figure was a Mr. Fogel, who claimed that the mysterious blue man was lurking around his house every night between the hours of 7 and 9 p.m. and peering into his windows. He would describe the figure as, “a terrible thing to behold, and the inside of the mouth is all blue,” and say that it had a “blue and terrible face.” He would say of one strange incident when it pressed its face to the glass of his bedroom and emitted a bluish light:

I was lying awake. All at once three shafts of light came through the shutters. They were the color of the flame you see in the stove. They stayed several minutes and disappeared. 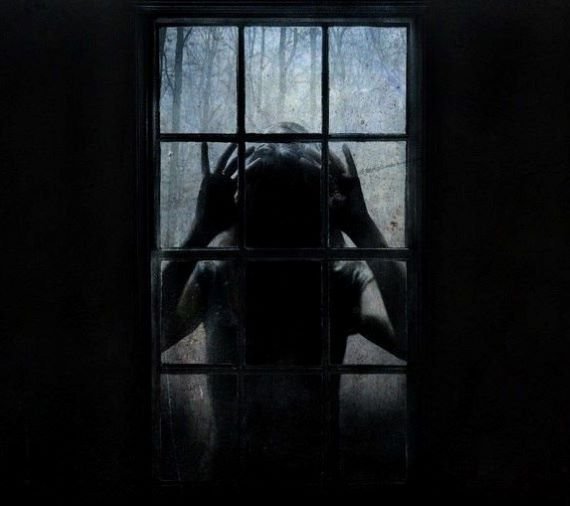 Mr. Fogel claimed that the intruder would get even bolder, banging on the walls and rattling the front door, as well as incessantly ringing the doorbell. He got so tired of these nightly intrusions that he gathered some friends to come over and try to confront the Blue Man, but every time they did, he allegedly vanished into the shadows. On one occasion, they actually shot at the Blue Man, but the bullets seemed to pass right through him. Fogel’s son would claim that he had fired a pistol at the stranger at pointblank range and it had had no effect, leading them to believe that he was either wearing some sort of body armor or was not of this world. It was also very strong, one time kicking Fogel’s dog a good distance, of which he would say, “If it’s a ghost, it’s a strong one, for it kicked the dog up against our house so hard that he almost came through the wall.”

Fogel would even call the police, who sent fifteen officers to the residence but they found nothing. Fogel was not the only one being terrorized by the Blue Man. As this was going on, other residents in the area also reported seeing the man lurking in their yards or peering through their windows. On some occasions, he would steal things from homes. One resident by the name of Reese Carrell told of how the Blue Man would steal his laundry, and claim that one night he had sat waiting for the stranger with a shotgun. When the Blue Man appeared, he says that he had fired and scored a direct hit, but the intruder simply shrugged it off and leapt clear over the fence into the neighbor’s yard. He ran to look over the fence and take another shot, but the Blue Man then allegedly just vanished into thin air. The shots had damaged the fence and a coal shed, but there was no sign of blood, despite the fact that Carrell claimed he had scored direct hits. Carrell would say, “I never missed a rabbit or bird in my life, but the shots went right through him.” On another occasion, the Blue Man actually attacked him, and Carrell would say of the bizarre situation:

I’ve only been knocked down once in my life, and it did it. It’s been around here every night for the last two weeks. What it’s after, I don’t know. But one night last week when I came home at about 11 o’clock, I saw somebody standing on our front step. I thought it was my father, and I walked right up to him. ‘Looking for the Blue Man, Pop?’ I asked him, and just then, he hit me in the chest. I was knocked against the fence, and when I got up it was gone.

Another resident by the name of Emma Perkins claimed that the Blue Man would lurk about her yard whispering unintelligibly and peeking into her windows. One night she caught the stranger trying to break into her neighbor’s house, after which both she and her roommate ran out to confront him armed with revolvers. They would both claim to have to have hit the man several times, but he merely ran off unhurt, leaving behind only bullet holes in the fence. There was no blood, and not even any footprints, as if he were just a phantom. The following evening, a neighbor of theirs, a Henry Etzel was also harassed by the Blue Man, who knocked and banged on his front door with increasing force and urgent intensity, but would not be there when he looked outside. When Etzel finally went out into the dark night armed with a revolver to confront him, no one was there and a handwritten note was left behind that read, “I will call again. Don’t be afraid. Your friend, the ‘Blue Man’ till we meet again.” 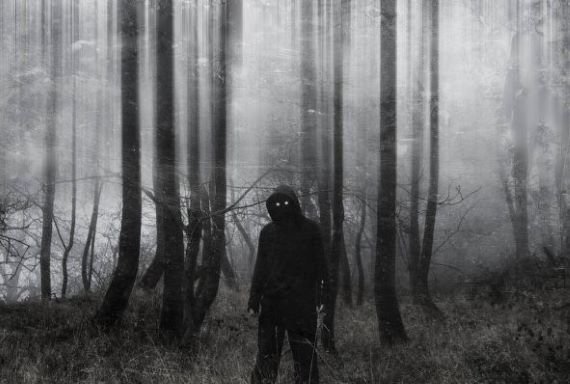 Word was getting around about these mysterious incidents, and police were often called in, only to find no trace of the Blue Man, not so much as a single footprint. They would occasionally get a glimpse of him, but he seemed to be impossible to apprehend, and on one occasion an officer claimed to have fired seven times at the Blue Man at close range, to no effect. Police launched an investigation, arresting one suspect, a small-time crook by the name of Stewart Graveen, but while he was in custody the Blue Man continued his mysterious work, ringing people’s doorbells, banging on walls, peering in windows, and stealing laundry. One woman by the name of L.I. Dilly even claimed that the blue Man had broken into her house and moved a glass of water near her bed, and that she had fired at him and heard him grunt as the bullets hit before running off into the night. Police responded to numerous such reports but were never able to apprehend the mysterious blue stranger. In February of 1921 some residents of an apartment complex reported that the Blue Man had appeared there wearing woman’s clothing and asking for a glass of water before melting away into the night, and after this the bizarre incidents just suddenly stopped.

What was the Blue Man of Louisville and what did it want? Was this a ghost, a demon, and interdimensional interloper, or something else? Was it perhaps some well equipped hoaxer? Or was this all just a sort of urban legend? There is no way at all to know, and in the end we are left to wonder what this strange intruder was and what it wanted.

The Bolivia “UFO Crash” of 1978: Time for a New Investigation