The Bizarre Legend of the Devil’s Toy Box

Sitting out near the town of Leesville, in rural northern Louisiana, around a 3-hour drive from New Orleans, was once a haunted house attraction called the Farmer Grave’s Haunted Orchard, and in 2014 a new attraction was allegedly created to bring in curiosity seekers. On the outside it appeared as nothing more than a run-down, nondescript shack, something most people would walk by without paying much attention to, but it’s what’s inside that makes it bizarre. Within this little shack there are said to be nothing but floor to wall mirrors, all set up at certain angles and facing each other. It’s unclear what the original intent of this attraction was, but it was supposedly inspired by the Clive Barker Hellraiser movies, and according to the lore, all sorts of weird and paranormal things began to happen here, more than earning it the rather ominous name of “The Devil’s Toy Box.” Thus would begin an sinister tale of a room that drives people mad, and which draws to it ghostly forces, as well as an example of an urban legend running amok.

The main story is that people could simply not bear to stay in the room for very long at all. It is said that no one can last more than 5 minutes within the room, with the average being only a minute or two before certain mysterious symptoms begin to set in. Those who have tried have supposedly claimed that they are beset by a wide range of symptoms, including nausea, headaches, trembling, dizziness, muscle pain, visual and aural hallucinations, and seizures, to name a few. Apparently the longest anyone has ever managed to stay in the Devil’s Toy Box was four minutes and thirty-seven seconds, allegedly set by a 52-year-old father of three named Roger Heltz, and making it even spookier is that he apparently became a morose, nearly vegetative mute after his experience, and here we get into the many strange stories surrounding this place. 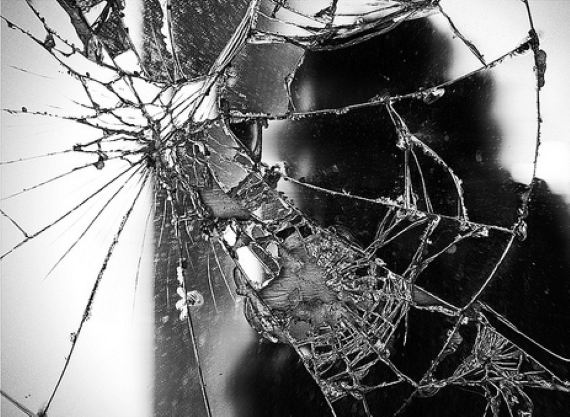 As soon as the story of the Devil’s Toy Box started making the rounds, all sorts of bizarre tales started popping up. It was said that to stay in the shack too long could drive people stark raving mad, often driving them to suicide or turning them into raving lunatics. Tales abound of people running from the room screaming, or of seeing ghosts and demons within. Reports of people dropping dead from heart attacks, being hospitalized, or leaving the shack covered in mysterious scratches and bruises are not uncommon, and as the legend evolved it was said that if you were to withstand being in the shack long enough, the Devil himself would appear to you. There are even reports of people going into the shack only to vanish without a trace. Internet forums like Reddit were full of stories like these, with it hard to tell how much of it was truth, urban legend, or creepypastsa fictional tales.

After some of time of this, the owners of Farmer Grave’s Haunted Orchard, a middle-aged couple named Will and Darlene Sawyer supposedly had the attraction shut down, but the Devil’s Toy Box remained, sitting out there gathering dust and weeds, and from there it seems to have become a popular spooky place for curious trespassers to try their luck in the shack. As the rumors of the now abandoned Devil’s Toy Box continued to circulate, the tales of paranormal weirdness surrounding the shack continued, with new elements and flourishes such as that there were shadow people and strange creatures lurking in the woods around it. The shack has been blamed for the mysterious disappearances and suicides of countless curious teenagers, and the legend continues on to this day, with some of the lore now saying that the shack was destroyed by a young man named John Tyler, who burned it down after he went there and experienced the sensation of being trapped within the shack and having reality distorted.

For a while it was hard to know what to make of this, and it certainly all has the feel of a creepy urban legend perhaps based on a real place, but that didn’t stop the people from speculating on what it could be if the stories are true and how it might work. The idea was that the mirrors were somehow harnessing paranormal or interdimensional energy and focusing it within that shack to open up doorways that should perhaps not be opened. There have even been claims of creating smaller versions of the box, and one can even find instructions for making one on the Internet. 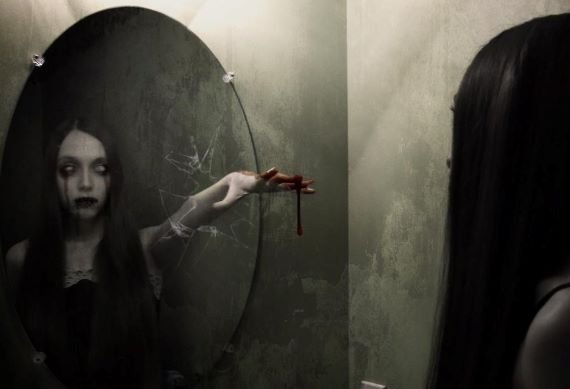 Despite all of this, and even claims from some paranormal investigators that they had actually investigated the box, it would turn out that the story was actually completely made up by author Joel Farrelly, of the site Thought Catalog. Apparently, he wanted to usher in their new “Creepy” category with a tale similar to what one can find on Reddit's No Sleep thread, a story that could almost be taken as maybe real. In essence, he wanted to create a new urban legend, and it sure seems to have worked. He was completely shocked at how his story spread far and wide, taking on a life of its own, posted and reposted across the net and believed by so many people as possibly real, to the point that he was compelled to set the record straight when he felt that it was getting out of hand. Even with his admission that it is all fiction, people have continued to tell tales of the Devil’s Toy Box and insist it is real, making it a great example of how urban legends are born and how they can worm their way into discussions on real paranormal phenomena.

It is all certainly a curious peek into the phenomenon of urban legends and certain stories being picked up to go on to become widely reported as real, making it clear that it is best to be careful as to what stories we take as real and which ones we should discard. It never really seems to always be clear in the world of the paranormal, and as a warning the tale of the Devil's Toy box serves as simultaneously a cool tale and a word of caution as to what can happen with urban legends and how much they can take a hold when allowed to thrive unfettered and stubbornly persist.

MK-Ultra Mind Control: What About the Other Secret, Similar Programs?